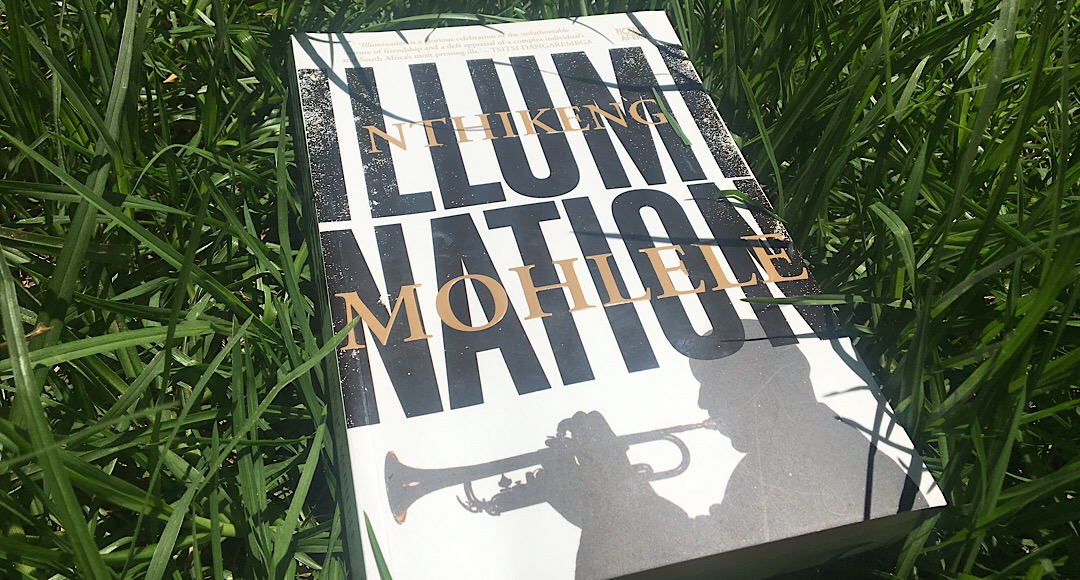 Nthikeng Mohlele is a highly skilled writer. He constructs and deconstructs words, and sentences in a way that leaves that reader begging for me. In his latest and sixth book Illumination, Mohlele takes the reader into the interesting and complex mind of an aged musician.

What’s the book about

At first glance, the book’s about Bantubonke a musician and composer who is in the decline. Bantubonke might be the lead in the book but it is all the characters who pop up periodically in the book that add an interesting flavour into the book. The reader finds the main character at a point where his fame is declining, he’s lost friends, loved ones, and seems to be on the path of no return. Bantubonke was considered an extremely talented musician but much time has passed. He is no longer at the top of his game. Bantubonke has to reckon with those changes and his own mortality. Those bring about the biggest tension.

In an interview with The Daily Vox, Mohlele says this book took eight years to think about and just over three years to write. He wrote other books while he was thinking through Illumination. “[It took long] because I wanted it to be special. I needed to get right into the character of a musician,” he said.

Mohlele is very passionate about music. He views music as the next art form he will be pursuing. It is clear from other interviews, his book and the way he speaks. It’s for that reason it seems he wanted to get the book right. He says: “When someone reads it they need to be convinced that this is a real person.”

Themes of the book

From fame, talent, love, friendship and an overbearing talent, the book looks at it all. From betrayed love to broken friendships, the main character experiences it all. Yet he seems to be unphased by all of this. This seeming unconcern with things happening around him stands in strong contrast to these deep thoughts and reflections he’s plagued by. Thoughts of death, mortality, the soul, and fame are on his mind constantly.

“Madness of the soul. That cannot be detected by head doctors, which is unfortunate, for that is the most dangerous form of madness.”

In one part of the story, Bantubonke mentions the madness of the soul as a possible cause of an unfathomable action by another character. Mohlele says the soul is a mad thing because it is a manifestation of external and internal contradictions which cause a lack of equilibrium in the human being. “The souls are mad that acts out of human capacity. It’s also mad if the gifts exceed the human capacity to express themselves,” said Mohlele. He says this can be seen with gifted musicians. This is something that inflicts Bantubonke. He is a genius musician and the people around him don’t understand him. This makes his journey difficult.

The Attention to Detail

“The beauty of Johannesburg is not immediate. Neither is it only visual. It is an aesthetic that resists being the beauty only of place, of the physical, buildings and bridges and skylines, tree-lined streets and crimson cloud-dotted horizons; it is a beauty that is heard as much as it is felt.”

As a resident of Johannesburg, Mohlele’s description of the city was a thing of beauty to read. He gets down to baseness of what makes the city so loved and equally hated by many. He takes the reader on a mental tour of the city through its soundtrack. Anyone who’s driven through the streets of Johannesburg whether it’s the suburbs of the CBD will be able to instantly connect with the words in Illumination. It was a short portion of the book but was fantastic to see on the page.

For Mohlele he views Johannesburg as a city of opportunity. What connects him to it is the energy of the city. “It’s very different from Cape Town. There’s a certain pulse, beauty, and danger and that’s a boon for literature if you are able to tap into that”, he says. Mohlele does warn that there is a danger of writing the city like a cliche. “A reader should not feel the weight of the city or all the other things you’ve left behind. My character is a cosmopolitan being and what I’ve described is what feeds his art as a jazz musician. He gets inspired by the cityscape and the social space of Gauteng,” he says.

Mohlele views art whichever form it might take as a luxury in society. “We can’t say people must prescribe to art,” he says when asked whether art is important. Mohlele says it isn’t for everyone and people can enjoy whatever they want.

“I think society is built on liberties. Liberties are built on opportunities. Opportunities are built on an overall sense of justice which is the opportunity to be yourself to the fullest extent. In underdeveloped societies there is no luxury like that,” he says adding that art is enjoyed when there is a transformation of society.

As for his books, Mohlele doesn’t prescribe how readers interact with his work but says: “I write my books for human beings in mind,” and that’s the most important thing.

Published by Pan Macmillan, the book is available at all good bookstores and online.