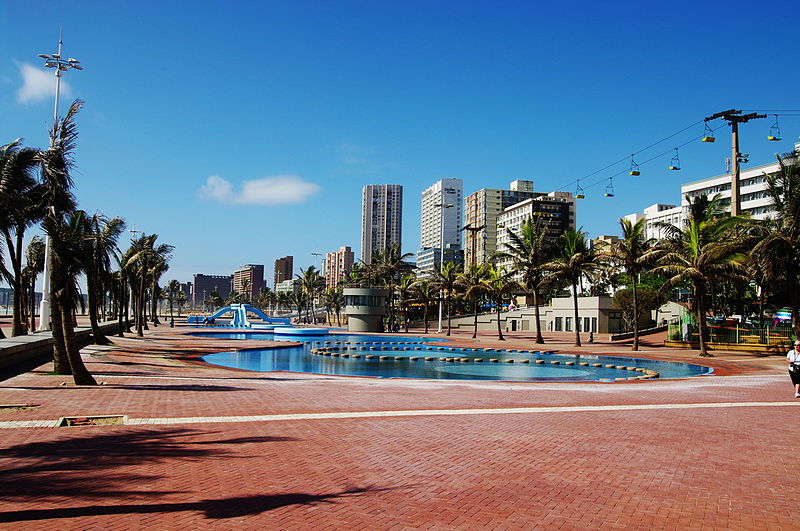 Durban has always been the bridesmaid to Cape Townâ€™s bride. And donâ€™t Durbanites know it. They complain that the city is overlooked in favour of Johannesburg and Cape Town. But if itâ€™s attention Durban is craving, its now got its 15 seconds of fame, says PONTSHO PILANE.

The New York Times has named Durban as one of the must-see places of 2015. Coming in seventh in a list of 52 places across the world, Durban beats Cape Town â€“ which did not even make the list (to be fair, it was number one last year). Still, Durbanâ€™s showing this year is a fresh take, and a reminder that South Africa is more than the sum parts of Table Mountain and the V&A Waterfront.

Sarah Khan, the writer of the Durban New York Times profile, has previously sung Durbanâ€™s praises in a feature in New York magazine, where she said of the city: â€œThey may not sell as many guidebooks as their A-list counterparts, but they have just as much charm and excitement â€“ with way, way fewer tourists.â€

According to a South African tourism hub, Khan also praisedÂ  Durbanâ€™sÂ  â€œspectacular beachesâ€ with their temperate Indian Ocean waters; the world-renowned aquarium at uShaka Marine World, â€œwhich is actually much larger than its Cape Town counterpartâ€; and the I Heart Market, which is held in the world-class Moses Mabhida stadium for its â€œhand-stitched leather iPad cases, tribal-print baseball caps, and mod vintage dresses by local artisans and collectorsâ€.

Durban, youâ€™ve clearly got a fan.

Elsewhere in Africa, The New York Times rates Zimbabwe at numberÂ  14 â€“ a choice that may shock only those that donâ€™t realise that Zimbabwe is home to the majestic Victoria Falls. Beyond that, Zimbabweâ€™s wildlife and nature reserves are also often overlooked. It is also a very affordable place for tourists to holiday. Zimbabwe is usually known for all the wrong things (or people), but once you leave the city, tourists will discover that this country is a hidden gem.

Tanzania also makes it onto the list at number 17. The Serengeti remains one of the most popular safari destinations in the world â€“ if not the most popular. It is one of the seven wonders of Africa, hosting the largest mammal migration known to man. Not only that, but Tanzania is also host to two of Africaâ€™s other wonders: Mount Kilimanjaro and the Ngorongoro Crater.

– Featured image: The Durban promenade by Bgabel via WikiMedia Commons.