Home The Agenda The next time you see a violent confrontation, don’t look away
WhatsApp
Facebook
Twitter
Email
Print 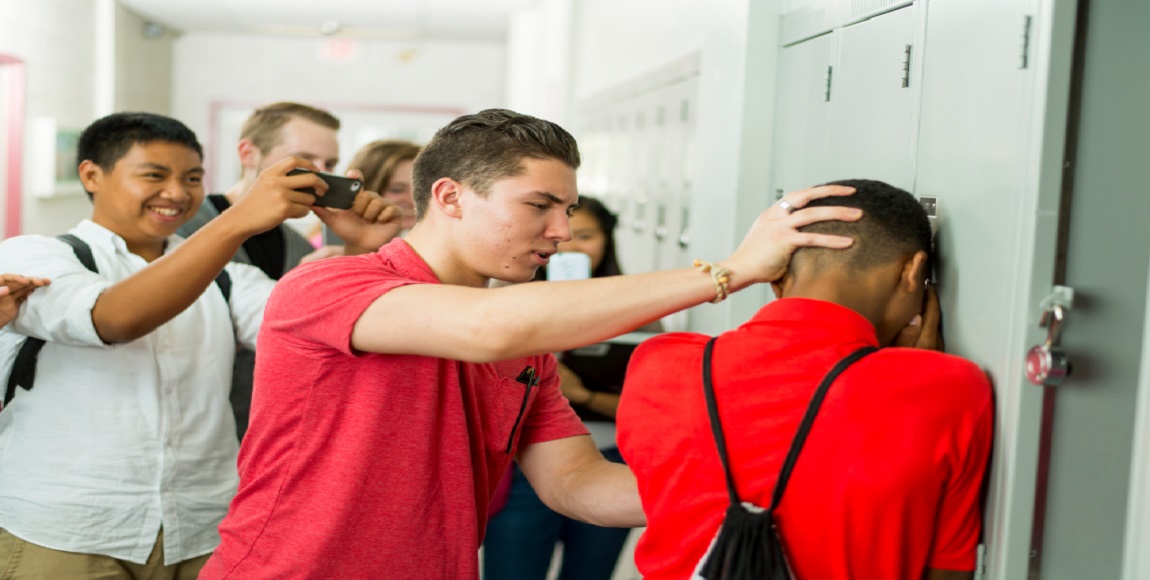 We live in a society that is problematic AF. We see people being harassed on a daily basis. But sometimes we witness an act so violent, it stays with us for weeks.

These traumatic acts of violence are what define our society. Itâ€™s scary standing up to a two-metre-tall boorish man yelling racist slurs at the petite cashier. You keep telling yourself that youâ€™ll speak up but that someone else has to start first. Or you donâ€™t want to get involved because you might get hurt. You might look down at your feet and tell yourself that itâ€™s none of your business. Or that youâ€™re taking action by recording it on your phone. Itâ€™s understandable. Youâ€™re protecting yourself because this isnâ€™t your fault, youâ€™re not responsible for their actions.

Youâ€™re giving in to what is called the bystander effect.

The term was popularised by two social psychologists in 1968. They used it to describe what happened during the brutal murder of Kitty Genovese in 1964. Genovese was repeatedly stabbed, sexually assaulted, and robbed by a man named Winston Moseley. Thirty-eight people were allegedly aware of the attack, yet no one did anything to stop him.

This cognitive reaction is what discourages us from acting when we see something going wrong. We all just stand there, waiting to see if someone else will respond. We tell ourselves that it’s okay to stand back because somebody will intervene, at some point.

But thatâ€™s where weâ€™re wrong. Every violent outburst that happens in front of us is a result of underlying biases. Angela Thomas, research psychologist in race and race relations at the University of Pretoria, says that the instances of race-based violence we see prove that apartheid-era power dynamics are still in play.

â€œThe different power relations that were systematically legitimised and ensured by the apartheid government are still there, considering that black dispossession and white socio-economic privilege continue to persist in post-apartheid South Africa.â€

Dr Malose Makhubela, a psychologist at the University of Pretoria, sees the incident at Spur, and the inaction of its customers and employees as a continuation of the privilege that white South Africans enjoy.

Alia Kajee, a 27-year-old Masters student told The Daily Vox about an incident in April 2016 when she stood up to a belligerent man at a cinema.

â€œWe were going to watch the live-action remake of The Jungle Book. There was an angry white man (who we later observed was under the influence of alcohol) yelling at the cinema manager, overly aggressive at her decision not to allow his underage kids into the movie.

â€œThe black female manager calmly explained that the children were not of age, and if the parent would follow her to her office, she would gladly give them a refund for a more age-appropriate movie. He did not oblige. He was up in her face, pointing fingers and saying that as a parent, he has the final say of what his children get to watch.â€

At this point, Kajee decided to make it obvious that she was observing and not just minding her own business. â€œI audibly said that this man was being an asshole and wondered if anyone else would step in. He decided to push past the manager and laid a hand on her. I got in between the two of them and I think I yelled, â€˜How dare you touch her?â€™ He tried to get me on his side by saying, â€˜Can you see what she is doing?â€™â€

To his surprise, Kajee said he was being abusive. At this point, the security guards stepped in as well. â€œThe partner of the angry white man then confronted me and asked what business it was of mine to get involved. I replied when someone is getting assaulted, it is everyone’s business. When it was obvious that they would not get into the movie, they left. We stuck around with the movie manager to see if she was okay.â€

Keneuoe Setai, a 23-year-old permissions specialist, told The Daily Vox about the time she witnessed a violent attack at a shebeen in the Bophelong township in the Vaal Triangle.

In December 2015, at around 11pm, she tried to stop a man who was dragging his girlfriend by the hair and kicking her.

â€œHe had dragged the woman from where they were seated inside the shebeen, all the way to outside the venue and further down the road. When I tried to push him away, he aggressively lashed out me and told me that that woman is his whore. Had a friend of mine not stopped him, I am afraid he would have attacked me as well.â€

There were about 30 to 40 people present and the crowd stood by and did nothing. â€œWhen I asked the bystanders why they did not intervene, they told me that in the township, nobody dares to get between arguing spouses, no matter how far the situation escalates.â€

Setai doesnâ€™t know what happened in the end, and says she is still very disturbed by the whole incident. â€œThe whole thing was sickening. I think people should always take a stand when they see such violence carried out in front of them.â€

Not giving in to the bystander effect is hard. Taking the first step in a room full of people standing back requires conviction. Go ahead, do it. Everybody else is waiting for you to. Donâ€™t let an aggressorâ€™s brash sense of superiority blind you to the injustice that you are witnessing. They do this because they think that they can get away with it. They do this because they have been getting away with it.

The actions we let people get away with are an indictment on our collective moral compass. Who we stand up for shows that we are aware that people need our help. â€œWe need to be motivated by a personal sense of social justice to collectively intervene when we see a person being unjustly treated,â€ says Thomas.