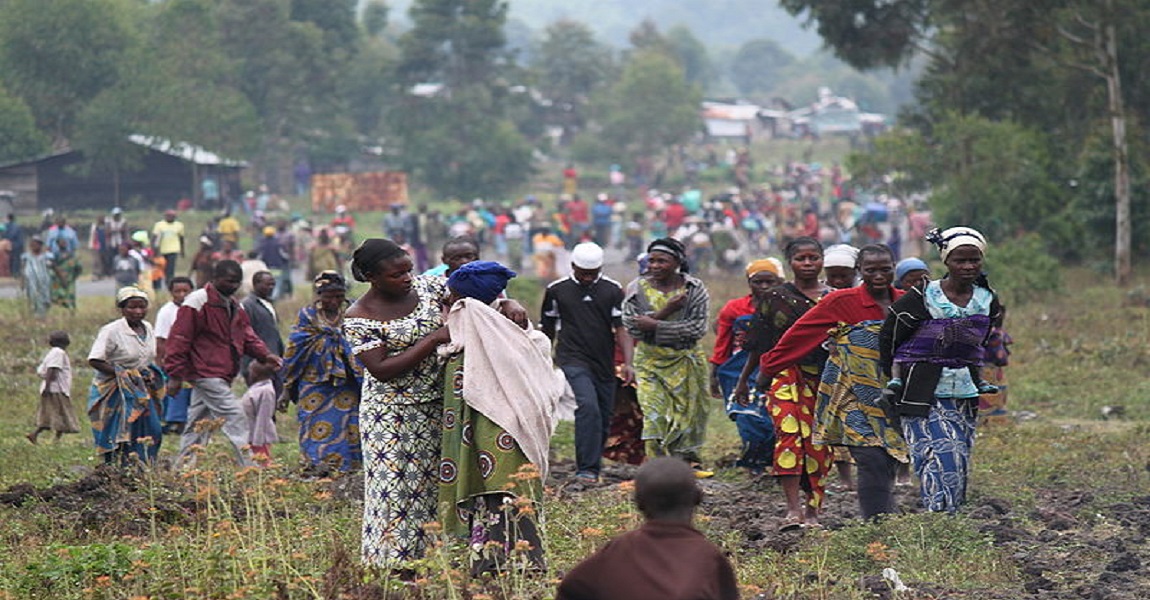 President Joseph Kabila has overstayed his welcome in the Democratic Republic of Congo (DRC). The Congolese have been protesting his brutal reign despite violent crackdowns and a number of human rights atrocities in the country.The Daily Vox sat down with Human Rights Watch researcher Ida Sawyer (IS) and exiled Congolese youth movement activist Sylvain Saluseke (SS) to speak about the dire situation in the DRC and what role South Africa and SADC can play in alleviating it.

The elections in the DRC were supposed to happen in December 2016, what’s the delay? Paint us a picture of the DRC.

IS: December 2016 was the end of President Joseph Kabila’s constitutionally-mandated two term limit. Since then he has used one delay tactic after another to postpone elections and entrench his hold on power. That’s been through a combination of technical excuses on why elections can’t be held and a brutal campaign of repression against activists, the opposition, journalists, and others who’ve been calling for him to step down and for elections to happen. There’s also a lot of corruption linked to that and pretty large scale violence in many parts of the country and some of that has links to the broader political crisis. In some cases security forces have deliberately orchestrated violence which has then been used as one of the excuses for why elections haven’t been organised. The consequences have been devastating for the Congolese people.

Who is Joseph Kabila? Is he as bad as they say?

IS: Kabila became president when he was 29 after his father was assassinated in 2001. He was in the army and he didn’t have much experience to prepare him to be president. After 2001 there was a sort of transition period. People gave him the benefit of the doubt during this transition period and then the first elections were organised in 2006. There was a lot of regional and international support for those elections which were fairly democratic and credible. Kabila won and that was his first official term even though he had already been president since 2001. In 2011 there were elections again, this time much less credible with a lot of allegations of fraud, political violence, and repression around the votes. The results were contested by the main opposition leader. Many international observers and Congolese people did not think it was credible. Kabila was declared the winner and continued on to his second, and what’s supposed to be his final term (which should have ended in 2016). That’s one of the main reasons why he keeps delaying the elections. He’s looking at other leaders in the region who have managed to use a facade of democracy with constitutional changes to practically become president for life.

In the early years, the country was divided and at war. In those early years Kabila helped bring some peace and stability. But since 2006, there hasn’t been much progress and development that people wanted to see and the security situation has gotten pretty bad.

What’s happening with the inter-ethnic clashes all over the country?

IS: In the latest outbreak of violence in Ituri this year, at least 200 000 people are displaced from their homes, at least 260 killed, and villages torched to the ground. We’ve had reports of decapitations, dismemberments, and rape cases. The killers have been aggressive and efficient. Something that’s striking is that the number of wounded are relatively low compared to the number of deaths. It’s presented as an inter-ethnic conflict but many people in the region say that they don’t understand where this violence is coming from and they speak of a third-hand that is orchestrating this violence. That’s one of the tactics. At a minimum, the government has shown that they cannot curb this large scale violence. All of these factors have contributed to a very low level of popularity.

It’s clear to the Congolese people that Kabila is far from a stabilising force but is part of the instability. Over two million children in the DRC are at risk of starvation without aid. The humanitarian numbers are mind blowing. But it also spills into the region. You see displaced refugees fleeing into Uganda, Tanzania, and Angola. It has a regional effect. African leaders need to see what’s happening in the Congo today as a risk to regional stability.

Would you say that the DRC is still a democracy?

SS: The only democratic thing about the Congo is in the name.

What kinds of rights are citizens denied in the DRC?

SS: When Kabila came into power, there was a huge enthusiasm that he brings in a new era and people were feeling open to talking about issues. There was a cartoon depicting Kabila as a cheetah running in elections. Since then it has become taboo to make a joke about the person himself. When we started the youth movement, it was the first time ever that people publicly said we want a transition of power and we want elections. Even then it was taboo and we got arrested. It’s all trumped up charges not just against political leader, even journalists, even youth leaders. People are being arrested just because they want elections. About six youth leaders are still detained, a few have been released. Openness to talk about any normal issue has been diminished. People can’t ask for water and electricity in their cities – because this is linked to governance and that’s linked to who is in power. Like with the Fees Must Fall movement in South Africa, people undermined it when they realised young people were asking for something which is rightfully theirs. There’s no public space to express these kinds of concerns.

IS: Despite the constitution, which allows people to gather and demonstrate provided that they inform authorities in advance, we’ve seen a systematic banning of these demonstrations over the last three years. Authorities will say the demonstration is not authorised and will use security forces to fire tear gas – and in some cases live ammunition – to disperse and arrest protesters. We’ve documented over 300 people who have died in political demonstrations in the past three years. People are however allowed to attend Kabila’s demonstrations.

Who are the security forces you speak of?

IS: It’s a combination of the police, the army, the Republican Guard (presidential security guard) which in theory should be defending the president. Recently, we’ve seen mobilisation of the PPRD which is the ruling party’s youth league, and they were recruited and paid to infiltrate churches – who had called for demonstrations against the ruling party after Sunday mass – and arrest priests who try to start marches and if needed provoke violence to prevent the marches. The Intelligence Agency also pays a key role in coordinating repression and arresting the opposition.

SS: The opposition are activists who are primarily from the youth or any vocal oppositions. Anyone with a dissenting voice or speaks contrary to the government is targeted and arrested.

What do the Congolese people want?

IS: The Congo Research Group based at New York University has collaborated with a Congolese polling institute and has come up with a series of polls on Congolese sentiments. The last one shows an overwhelming desire of the Congolese to see elections and to see Kabila step down and to have credible elections.

What role can South Africa and SADC play in helping to solve the crisis in the Congo?

IS: Elections are supposed to happen on December 23. There are a number of constraints which could lead to delays again. But at least there’s a date and a calendar. The key thing that needs to happen is that Kabila needs to step down and there needs to be elections. That’s the first step to allowing the Congolese people to choose their own leaders, to have a change in government, and to have a government that’s more accountable to the people and will bring an end to the human rights violations we’ve been documenting. There are also a series of confidence-building measures which the government committed to implementing in a political deal signed in late 2016 which includes the release of political prisoners, the return of political leaders in exile, opening up of media houses which have been shut down, and allowing peaceful protests to go forward.

President Zuma did have a very close relationship with President Kabila and we didn’t see pressure on him from the South African government before. With the new President Ramaphosa as the head of SADC, there’s a lot that they can do – push for the deadline and see that elections are credible and fair and for the confidence building measures to be implemented so that the environment is conducive to credible elections. There’s a lot of hope in Congo that the new government could bring about a shift. If Ramaphosa takes a strong stand, this could go a long way in restoring South Africa’s image as real forceform leader in promoting democracy, peace, and human rights.