The Cape water crisis has shaken South Africa. The reality that easy access to clean running water will soon be stripped from one of SA’s most prosperous cities has raised awareness of water as a precious commodity that’s been taken for granted. But unknown to most, the Western Cape might not be the province we should be most concerned about.

Three districts in the Eastern Cape have already declared state of disaster due to drought since May 2017 – with two more expressing intention to declare.

In an interview with the Daily Vox the Eastern Cape director of water regulation Andrew Lucas said the areas of greatest concern are lie the southern half the province. The Sarah Baartman District Municipality, Nelson Mandela Bay Metropolitan Municipality and the Amathole District Municipality are currently disaster areas, with the OR Tambo and Joe Gqabi districts fast approaching the same point.

“The Eastern Cape is in a serious drought situation. Some areas are worse than others as can be seen that some dams are dangerously low while others are full,” said Lucas.

Pierre Joubert, the chief executive of the Gamtoos Irrigation Board told that Daily Vox that around 50% of South Africa’s citrus comes from the Gamtoos area. The Kouga dam is expected to run dry by sometime in March 2018, and that if that happens, the consequences will be unthinkable.

“The farmers will have financial losses, but the bigger problem is the social impact it will have on the broader community because over 10 000 workers are employed across the farms in the area. The whole Gamtoos Valley community relies entirely on the farming,” he said.

The Gamtoos Valley has about 10 000 hectares of land used for citrus, diary and vegetable farming according to Gamtoos Irrigation’s Petrus du Preez.

Du Preez said that if the farms closed down it would impact the towns of Humansdorp, Loerie, Patensie and Hankey – which he estimates have between 50 000 to 80 000 people working directly or indirectly in the agriculture industry.

“In certain parts, the Eastern Cape crisis is much worse than Cape Town because areas like the Gamtoos Valley don’t have any substitutes or supplementary water available. If the dam is empty, that’s the only source we have. The Orange River and Gariep dam have pipes going to Port Elizabeth – but rural areas don’t have access to that water,” said Du Preez.

There’s more or less 10 000 hectares of which 6 000 hectares produces citrus, and the rest is made up of diary farmers, and different vegetable farms. Most of the citrus farmed in the area is exported to the United States, the European Union and the Middle East.

Lucas said that local municipalities and the provincial government had put in numerous measures – such as water cuts and drilling for water reserves – to attempt to address the water crisis, but were struggling with handling the situation due to a lack of funds to address the scale of the crisis.

“The disaster management teams of the municipalities in the affected areas are implementing actions within their available budget. The department of water & sanitation has no new monies for drought and have allowed the municipalities to re-prioritise the existing funding (the Water Service Infrastructure Grant) to implement the new drought priorities,” he said.

Lucas’ department has not supported the concept of a “Day Zero” but is monitoring the situation.

He said a number of smaller towns in Eastern Cape ration water by cutting taps and closing the reservoirs for periods each day to stretch dwindling water resources.

But Du Preez felt that the severity of the crisis meant it could not be adequately overcome in the short term.

“The scale of problems is such that only on a national basis can something be done to prevent a crisis like this occurring in the future. He says a national water crisis plan needs to be put in place by national government,” said Du Preez.

“All we can do at this point is pray that summer rains eventually arrive to alleviate the drought”. 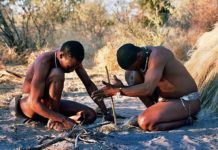 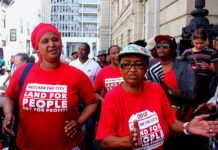