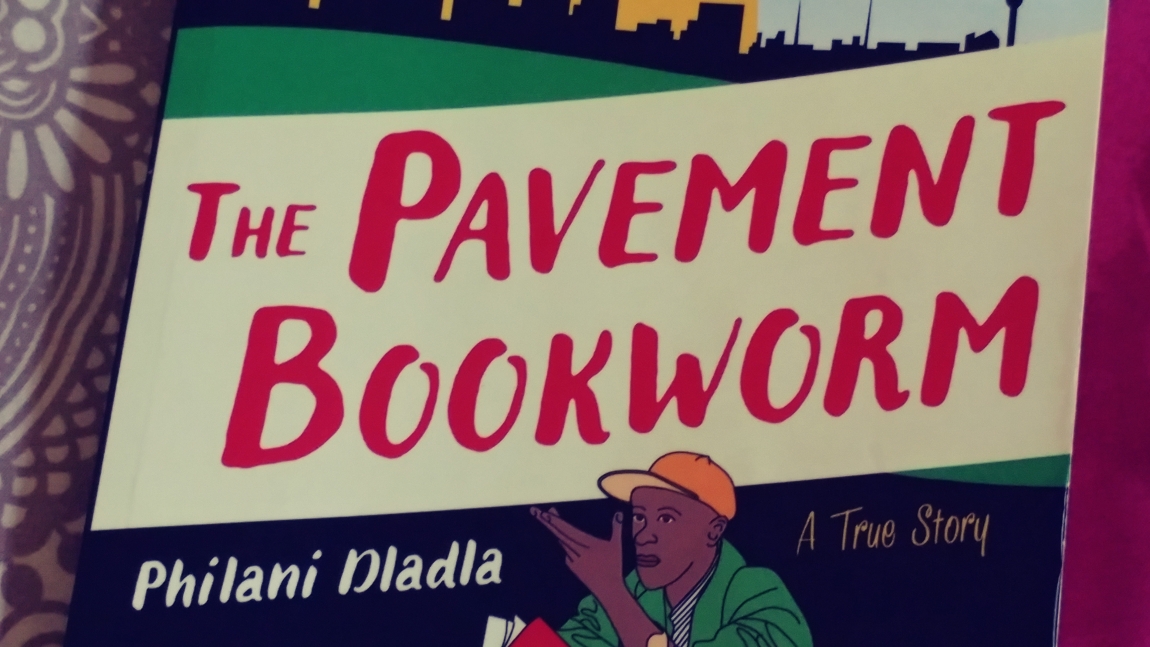 Philani Dladlaâ€™s memoir, The Pavement Bookworm, is one that challenges a reader to try and understand the meaning of homelessness and drug addiction. The Daily Vox reviews the book.

Reading a book after having interviewed the author in person seems like it would be difficult, but for me, this was my very best encounter. The Pavement Bookworm sounds like a fiction when you read it but when you meet Philani Dladla, reality strikes that drug addiction and homelessness are real in our society. The book takes a reader through a journey of understanding the tribulations and fights that drug addicts and homeless people often endure.

In the introduction, Dladla talks about the power of books and his love for them, which some would find hard to believe until they read the whole story. He is a typical guy from a deep rural village of Port Shepstone in KwaZulu-Natal who leaves home to search for work in Johannesburg, but falls into the trap of drug addiction. His story, similar to many other homeless people he mentions in the book, is an eye opener. It forces the reader to question their own life, to escape their comfort zone and face the reality of drug addiction and homelessness.

The way the chapters are divided make the book much easier to sift through, although some chapters are very confusing. With just a glance at the titles of the chapters, there’s no provision of a clear understanding of what they are about until you delve more into the chapter itself. â€œIn the Beginning There Was a Bookâ€ introduced me to how Dladla got his very first book, a gift from his motherâ€™s employer, Mr Smith. This is when his love for the books begin, with the quest to challenge himself with reading and understanding English better. As a young man who grew up in a disadvantaged background with a large family, comes an explanation of â€œThe Saga of my African Family.â€

Increasingly, homeless people and those enslaved by drugs are judged and persecuted. When I first took the book, I thought I had already known his story but with completion of just the first chapter, I realised I didnâ€™t know a thing. There’s a part where he talks about his upbringing, the often absent and abusive father, and the family politics. Any black person can relate to the mention of family politics.

The book has a depressing factor to it, one that made me feel the guilt of all the years I’ve been judging drug addicts. Philani explains how one’s life can with just a blink of an eye. One moment he was poor and malnourished as a child, but after all the pain he and his mother endured, their life changed for the better. Unfortunately, his life had a quick turn again and derailed due to one unfortunate event after the other.

The environment of his upbringing damaged his self confidence; he had to be a bad boy in order to be validated. Peer pressure, conformity and sense of belonging pushed him to do bad things at school until he was expelled. For me as a reader and someone who knows what peer pressure can do to a person, I understand why Dladla had to do bad things in order to fit in.

All the ordeals he encounters feel unreal to me as a reader but when I snap out of my judgemental self, I quickly resonate with his life experiences. His life started from being a poor child born into family politics, then his rebel life began, followed by life of addiction under a bridge.

The book reveals how his rebellious ways often landed him in trouble. His community lost faith in him and that pushed him to try to commit suicide. Moving to Johannesburg was meant to change his life for better but when he found himself hooked on drugs, he became hopeless. The addiction got worse, his life fell apart and many unfortunate events unfolded.

Although this book seeks to challenge the society’s perception of drug addiction and homelessness, there are a few flaws in it. Firstly, for a book penned by a recovering addict, Dladla makes some judgemental remarks towards addicts. He says, â€œthey don’t want to go job hunting because others slave for them; they’ll just come and take whatever they want at knifepoint.â€ He refers to them as lazy people who don’t want to work, and for someone who has been down that road, he should know better that those enslaved by drugs need help from the society.

The end reveals how many parties, including prominent people, played a huge role in helping Dladla build a better life and turn his dreams into reality. It also unpacks the dangers of drug addiction and the stigma often associated with drugs and homelessness, and seeks to challenge the society’s perception of drug addiction.

The book can be bought online for R181.