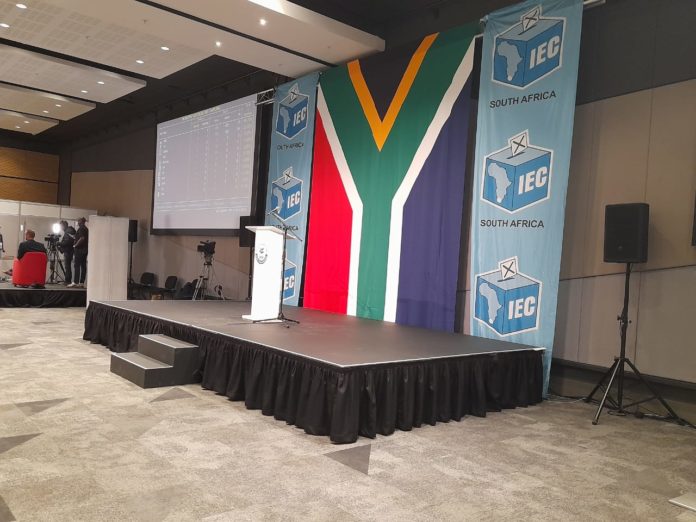 With some way to go in the votes counting in the Western Cape, the Democratic Alliance (DA) is sitting on over 50% of the votes. However, there is still much to be decided. The Daily Vox spoke to some of the candidates at the Western Cape results centre.

Kanouni is contesting in the Woodstock (ward 57) and Salt River (ward 115) areas of the City of Cape Town metropolitan municipality.

Speaking to the Daily Vox, Kanouni said both wards are DA strongholds. This is Kanouni’s first time standing as a candidate in local government. He said if elected he will serve the community. The challenges the wards are experiencing are unemployment and crime. He said crime is influenced by joblessness and the unhoused. Kanouni said when people live on the street they fall into the trap of crime. The blame should be put at the provincial and national government for not intervening, and providing opportunities, he said.

“The people occupying the Woodstock Hospital are from these areas. All the government wants to do is dump these people in outlying areas that are not close to their jobs and opportunities,” said Kanouni.

Kanouni said the low voter turnout had many factors. Political parties should take responsibility for not mobilising voters, and especially the youth, he said. He said if he did not encourage his daughter to vote in the elections, she would not have.

Twigg is the mayoral committee member for Urban Management in the city of Cape Town municipality, and DA party representative. Twigg said the DA is disappointed at the low voter turnout on November 1. He said the weather was a factor, but also the lack of interest in politics from the public. He encourages voters and nonvoters to get involved in their communities. Twigg said it is always challenging to mobilise the youth to vote.

“Political parties are just not getting it right. We know the youth are reluctant to get involved but it is a work in progress. I think it is across the board where all political parties fail to tap into this demographic,” Twigg said.

He said there needs to be creative ways to encourage active citizenry with the youth.

Twigg said some rural municipalities look like it will be an African National Congress (ANC) and coalition with small parties ruled.

“The DA forming coalitions with other parties is on the table but it will only be considered once all the results are in. We are also confident we will retain the Cape Metro,” Twigg said.

Simmers is the Western Cape Provincial Minister of Human Settlements and deputy DA leader in the province.  He spent election day in the rural areas of the province and said the bad weather did not deter voters. He said queues were not shortening and more people turned up to vote throughout the day.

“We have seen a decline in voter support by voters not turning up to vote. The youth were missing. Yesterday I saw many elderly coming out to vote but hardly any young people,” Simmers said.

He echoed Twiggs saying parties need to go back to the drawing board to mobilise the youth to vote. Simmers said the DA has won a few wards from the ANC so far. They won two wards in Hessequa. Hessequa Local Municipality is a municipality located in the Western Cape.

“We lost these wards ten years ago ,and now won them back. The ANC is in shock,” he said.

The DA won wards in the central Karoo area; ANC strongholds like Prince Albert and Laingsburg.

Simmers said everything will come down to the final count about what municipalities the DA will win or retain.