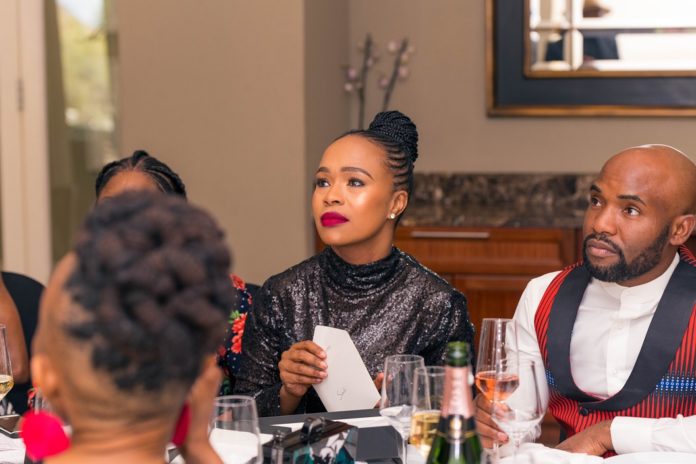 Since it was first aired in January 2018 on DStv’s 1Magic channel, the telenovela The River has been talk of the town due to its distinctive and alluring storyline and powerful cast. The Daily Vox spoke to lead actor Sindi Dlathu about her role as the brutal and clever Lindiwe Dlamini.

Dlathu has been the centre of attention playing the Lindiwe character, with all the tragedies, triumphs and all the things she’s been hated for by the viewers including her ambitious nature. Asked what she has learned from the character Dlathu said: “That you can never quite predict what comes next. Lindiwe’s storyline has been incredibly hectic, and taken some crazy twists and turns – and that’s really how life is, isn’t it?” She asked.

The storied actor was popularly known for her feisty character on the SABC2 telenovela Muvhango, which she was part of for two decades. After leaving the show, she stole the viewers hearts on The River by pulling off her character Lindiwe, who is an enigmatic mining magnate who created a comfortable world for herself while being a cold-hearted killer.

Many people might have been charmed by Lindiwe from the beginning but since her actions proved to be of a villain who would do anything to get her way, for Dlathu it’s a great pleasure to play such an enigmatic character.

“As an actor, it’s always great to play a character like this – unpredictable, dramatic and totally bad. I’m enjoying Lindiwe’s storyline, and the twisted pathways that she’s dragging everyone down! To be fair though, from the very first episode, viewers got a glimpse of how layered Lindiwe is. She’s very evil, but can also be incredibly loving,” she said in an interview with The Daily Vox.

Lindiwe being such a powerful character portrays reality of many people out there, the power, influence and the obsession over her estranged husband Zweli is all intriguing.  The love triangle that has driven Lindiwe over the edge has pushed her to come out guns blazing. Dlathu believes that Lindiwe is obsessed and in denial about the whole situation, which makes the drama leaves the viewers gasping for more,

“As far as she’s concerned, there is no triangle. Zweli is her man, father of her children, life partner – finish and klaar. Gail is just an interloper who’ll get what’s coming to her – but Lindiwe isn’t in the least worried. She knows where she stands, even if everyone around her seems confused about it,” Dlathu said.

As someone who has had the privilege to play a variety of characters, Dlathu says Lindiwe’s vile nature is what makes the character more exciting and enjoyable.

“She’s an unrepentant villain, which I love. Similar to other characters I’ve played, she’s a family woman and a driven entrepreneur – but that’s where it ends. Lindiwe’s obsession with her family, position, and wealth, have poisoned her and made her into a serious force to be reckoned with.”

Behind every storyline there’s always a lesson for the viewers, something that they can always take away from the whole series. Dlathu advises people to always be in check with themselves when it comes to the matters of the heart. Asked what viewers can take away from Lindiwe, she said: “Try not to let your love for someone turn into a deadly obsession. I’m still trying to figure Lindiwe out myself.”

This week The River treated its viewers to a drama-filled extravagant wedding between Zweli and Gail. This must have thrown Lindiwe off her same world and pushed her demons to burn the entire neighborhood down. Dlathu vowed that more drama looms but wouldn’t want to spoil the viewers’ suspense by spilling all the beans, instead she said: “I’d hate to give away the storyline, but what I will say is that Lindiwe is stepping fully into her power. She was down and out for a while after losing everything that has ever meant something to her.”

We really can’t wait for the drama to be served to us.