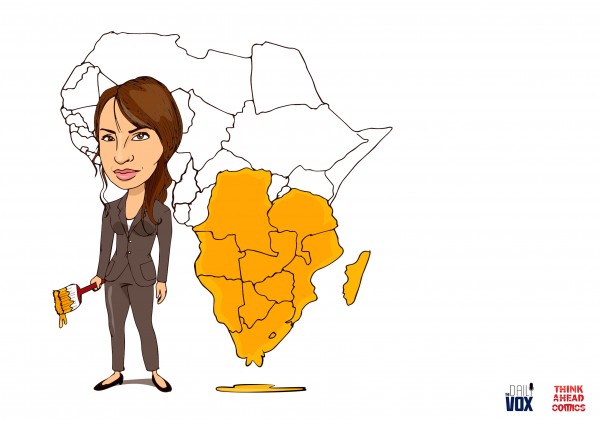 Each week award winning journalist KRISTEN VAN SCHIE brings you all the news thatâ€™s worth knowing from across the SADC region. Here is this weekâ€™s SADC wrap. Malawi
Malawi last week sentenced a government official to three years in jail for her part in the $30-million Cashgate scandal â€“ the first public servant jailed out of about 50 arrested for their magical abilities to transform public funds into giant piles of cash in their pockets and car boots between 2009 and 2013.

According to AFP, the first Cashgate convict is Treza Namathanga Senzani, â€œthe former principal secretary in the tourism ministry, [who] pleaded guilty to stealing $150,000 from state coffersâ€.

Senzani was arrested last year when she issued two government cheques to her private company, â€œwhich according to police never had the provision of goods or services to the government,â€ reports Malawi24.

And the judge was hardcore on this: no â€œsuspended sentence because you’re a first-time offenderâ€ cushion. Instead, Senzani got three years for money laundering and nine months for theft, to be served concurrently. (Not that all Malawians think this was harsh enough.)

As the judge noted in this AFP report, “It was an illegal act that had an impact on the economy.”

A big impact. In the wake of Cashgate, foreign donors announced they would no longer be gracing Malawi with their dollars. To put this in context, the approximately $150-million that Malawi received in foreign aid before Cashgate made up a sizeable 40 PERCENT of the national budget.

Senzani’s jailing could be the first step in bringing those donors back.

Last week, Germany said it would fund a $25-million audit into just what happened to all the money, but warned it wouldn’t be signing cheques until the loopholes that allowed Cashgate to happen in the first place were sealed. Zimbabwe
Technically, she’s only in the running to lead Zanu-PF’s Women’s League. But Zimbabweâ€™s First Lady Grace Mugabe made media waves last week as she travelled around the country on her â€œMeet the People Tourâ€.

And Grace â€“ now commonly referred to in the state-owned media as â€œDr Mugabeâ€, what with being a PhD-prodigy and all â€“ is making her ambitions known. Women’s League? Psh.

â€œYou would see me quiet, a young girl, what did you think I was doing? I was learning,â€ she said at a rally last week, reports Zimbabwean paper NewsDay.

â€œSo what is shocking you today? You made me what I am, I was copying from you. You are not supposed to be shocked, I am seeing a higher post.â€

Honestly, though, that’s mild compared to everything else Grace told us about herself last week, like: It’s election day in Mozambique on Wednesday, and the news is all about Afonso Dhlakama, leader of the sometime-rebel-but-currently-respectable-opposition-party Renamo. Up until a month or two ago, Dhlakama was still living in the bush, insisting the ruling Frelimo was out to get him and running intermittent skirmishes with government troops.

Now he’s all over the show, speaking in front of crowds of thousands.

Just listen to some of the descriptions from this AFP report:

According to the Africa Elections Project, though, the crowds won’t matter: Frelimo is still expected to win. Mauritius meanwhile dissolved its parliament last week in the run-up to an election to change all elections, reports AFP. At the moment, Mauritians vote for a party, just like in South Africa, and Parliament then decides who will be president.

But the Prime Minister’s Labour Party and the opposition Movement Militant Mauricien (MMM) have teamed up with the goal of introducing a bill that would allow for separate presidential elections, like in America.

And two weeks before Botswana goes to the polls, President Ian Khama has predicted his ruling Botswana Democratic Party will (again) win by a comfortable margin. Madagascar
In other news, 10-year-old me is just dying to bring you the latest out of Madagascar, where Baby Spice is doing super important humanitarian stuff for Unicef.

The organisation is trying to raise awareness about maternal and newborn tetanus, and to show just how important it is, theyâ€™ve brought on Emma Bunton, a woman best known for wearing her hair in pigtails in the late 1990s. (Though she seems to have done away with that look now â€“ check out these pics on the Telegraph‘s website: angelic humanitarian profile pic for daaays.)

Look, I’m not judging because, more importantly, Bunton’s using her new global platform to â€“ totally innocently and not at all publicity stuntishly â€“ drop hints about a Spice Girls Reunion.