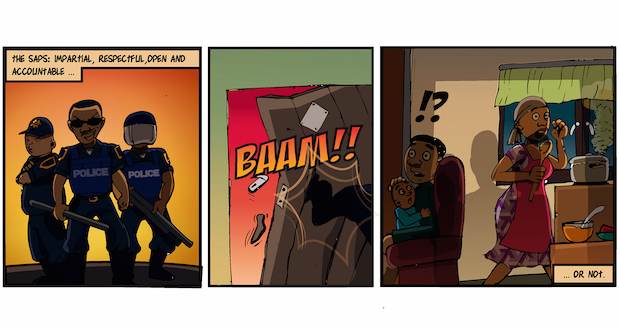 This week the SAPS, backed by the army, conducted raids at hostels in Jeppestown and Alexandra in Johannesburg. Questions have been asked about the manner in which the raids were conducted. Doors were kicked down, and people were shouted at and manhandled. Itâ€™s clear that the dignity of the hostelâ€™s residents was not respected.Â Although the SAPS claims thatÂ its values are to â€œprotect everyoneâ€™s rights and to be impartial, respectful, open and accountable to the communityâ€, this was not in evidence in the videos of the raidsÂ broadcast on television and passed around on social media.