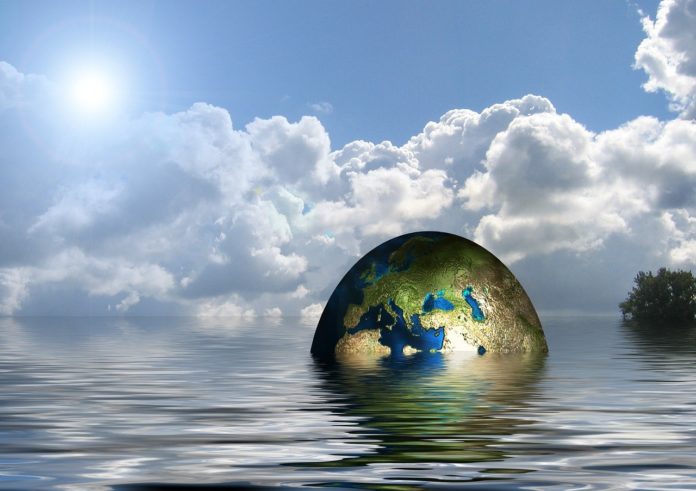 After two weeks of COP26 talks in Glasgow, delegates agreed to reduce the use of coal, end “inefficient” fossil-fuel subsidies and boost their climate targets sooner. Corinne Le Quéré, a climate scientist at the University of East Anglia, said: “The promises of the past week in Glasgow do seem to represent progress.

However, these promises will only mean something if they are met. In the meanwhile, the rising temperatures, ocean acidification, changes in ocean currents, deoxygenation and marine food chain collapse continues.

An analysis released Thursday by the International Energy Agency estimated that all the climate pledges announced to date could limit warming to 1.8 degrees Celsius (3.2 degrees Fahrenheit) above pre industrial levels — but only if all those pledges are met “in full and on time.”

The IAEA and the Intergovernmental Oceanographic Commission (IOC) of UNESCO called for stronger recognition of ocean acidification at COP26. Peter Thomson said: “There can be no healthy planet without a healthy ocean.”

“The global ocean community has long considered this COP26 to be the most opportune time to stop the accelerating decline of the ocean’s health — a decline that is being scientifically measured by rates of the ocean’s acidification, it’s warming and loss of oxygen and marine habitats,” said Thomson.

Why is the ocean relevant for climate – and vice versa?

As greenhouse gases trap more energy from the sun, the oceans are absorbing more heat. This has resulted in an increase in sea surface temperatures and rising sea level. If the global temperatures increase to levels predicted, the ocean will not be able to provide what is currently Earth’s largest long-term carbon store.

The ocean provides us with food, trade, energy and livelihoods. It is a significant influence on Earth’s weather and climate. The ocean covers 70% of the global surface. It is, along with the forests, one of the two “lungs of the planet”. More than 50% of the oxygen we breathe is provided by phytoplankton living on the surface of the oceans.

Climate change threatens the supply of oxygen in the oceans in two different ways. Firstly, warm water cannot hold as much oxygen as cold water, so as the oceans warm up, oxygen levels drop. Secondly, warmer water has lower density, making it more difficult for the oxygen-rich water near the surface to sink and circulate. Consequently, deep oceans face a particularly great risk of oxygen depletion.

How South Africa Can Prepare For Climate Change

Warmer waters may promote the development of stronger storms which can cause property damage and loss of life. The impacts associated with sea level rise and stronger storm surges are especially relevant to coastal communities.

Simon Kofe, Tuvalu’s foreign minister of Tuvalu, filmed his COP26 speech knee-deep in the ocean. Tuvalu is an island in the South Pacific. Kofe filmed his speech in the ocean to show how the nation is vulnerable to global warming.

Low-lying island nations in areas such as the Pacific region could disappear under rising seas. Many African nations are likely to suffer drought and food shortages.

South Africa is no stranger to the devastating impacts of weather-related hazards such as floods, wildfires, storms and droughts. These events have wreaked havoc on infrastructure and communities, causing devastating economic and social losses.

In January, eight people died in KwaZulu-Natal due to tropical depression Eloise. In May 2021, areas of Overberg district suffered severe flooding. Around 90 mm of rain fell in Cape Agulhas, while 122 mm fell in Struisbaai during the same period.

By 2050, rising seas could push peak high tides above land currently home to at least 300 million people, mostly in Asia.

As climate change continues, many scientists believe it is inevitable that massive ice sheets in Greenland and Antarctica will collapse and melt entirely. This will eventually pour enough water into the oceans to raise global sea levels by several metres. It will take time – hundreds, perhaps thousands of years – but the melting is accelerating.

Thousands of species within the ocean and on land are being threatened by what is happening in the oceans. The effects of climate change might be more visible on land but there is no denying what is happening in the oceans. According to the United Nations, countries will need to do a lot of conservation to protect marine ecosystems in the years ahead. But with activists already saying the promises are too “weak”, the future does not look very positive.