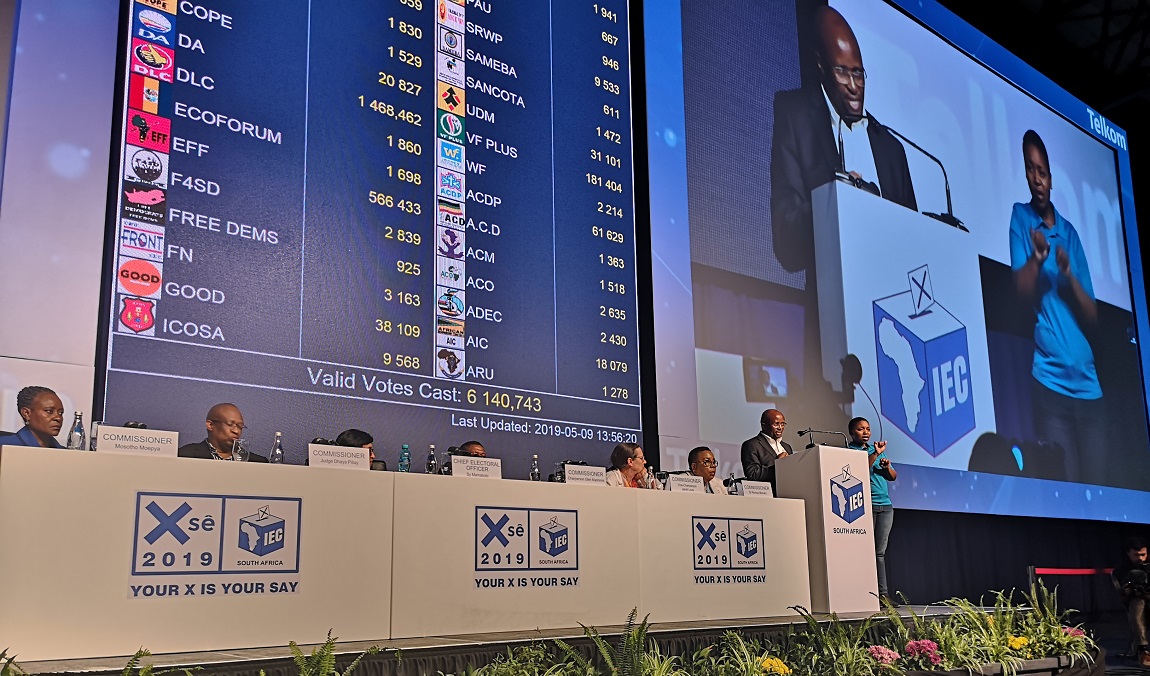 Update: The coalition of 27 smaller parties who questioned the legitimacy of the elections have retreated. The group’s unofficial spokesperson, Mzwanele Manyi from the African Transformation Movement (ATM), said they are now prepared to accept the outcome of the election. This was after an extensive meeting held between the IEC and party liaisons. “The 27-odd parties concede and accept the results,” Manyi said. The IEC announced official election results on Saturday, May 11. The parties had previously stated they would consider court action against the election’s legitimacy.

This year’s election has been marked with some controversy. This, after several allegations were laid with the Independent Electoral Commission (IEC) that the election was not free and fair. Instead, there have been allegations of voter fraud. The Daily Vox explains.

What exactly is the nature of the allegations?

The main complaint with the process is the, supposedly, indelible ink. The ink, used to mark those who have voted, is a measure to prevent people from voting again. Several people have showed that the ink was easy to wash off. As a result accusations have surfaced that some have voted multiple times.

Who laid the allegations?

Dozens of political parties have raised concerns with the IEC. These include all of the top three parties: the African National Congress (ANC), the Democratic Alliance (DA), and the Economic Freedom Fighters (EFF). ANC deputy secretary-general Jessie Duarte said, in an interview with The Daily Vox, that the ANC is one of the parties that launched complaints against the process. However, the party trusts the IEC processes. “It is very difficult to cheat in the South African elections,” she said, adding that the process will show if anyone attempted to cheat.

In a press conference held on May 10, DA leader Mmusi Maimane also said the party is concerned about voter fraud. He said DA agents were able to get secondary ballots, but did not vote twice. The DA supports the call for a sample audit to be done before to see if there are issues.

Godrich Gardee, the EFF secretary-general, also said the party has confidence in the IEC with all processes related to the elections. “We have raised concerns with the NPLC, an advisory body of the IEC, where we sit. We think we should not undermine that process. Let it unfold to its logical conclusion,” Gardee said.

Deputy Secretary-General of Congress of the People (Cope), Deidre Carter, said after the ink easily rubbed off her thumb she tested if she could commit voter fraud. She was shocked at the outcome, she said to Lester Kiewett in an interview on Cape Talk.

Carter then went to a different voting station with her clean thumb and said she could easily have voted numerous times. Her ID was scanned, again and again, receiving 4 more slips from ‘zip-zip’ scanners.

What is the IEC doing about it?

The commission said it takes the allegations very seriously. In a press conference held after a lengthy meeting with political parties, the IEC said it has established an audit to verify the extent of the problem.

“The audit will cover a statistically representative sample of voting stations as well as all voting stations where complaints or allegations of double voting have been received. The final number and selection of the sample will be determined in conjunction with expert statisticians,”  IEC’s CEO Sy Mamabolo said.

Mambolo said the investigation will be conducted in conjunction with the Council for Scientific and Industrial Research, and with the cooperation of the pen suppliers. “Approximately 200,000 pens were procured through the normal open tender process according to specifications set by the commission,” he said.

The audit will indicate the ID numbers of voters who cast votes at each voting station using the ‘zip-zip’ scanners and completed VEC 4 forms, he confirmed.

How many people have been arrested so far?

On Friday, the number went up to 22 people.

What’s the latest on the investigation?

The IEC has not indicated how long the investigation will take. In the commission’s latest comments on the situation, on May 10, it said the results are untainted so far.

IEC commissioner Mosotho Moepya said while 20 people were arrested for attempting to vote twice, there is no evidence that they were able to vote again.

“Where evidence has not been proffered or these allegations have not been sustained, [the] time has come to dismiss them,” he said.

What does this mean for election results?

It may take a little bit longer for the official results to be announced. During the May 9 briefing, the IEC said there is a possibility of delays to the results announcement because of the investigation. But, by law, the results have to be announced within seven days of the election. The IEC assured the public that results will be announced by then.

The IEC has assured the country that it will only announce the final election results when it is completely certain of their integrity and legitimacy.