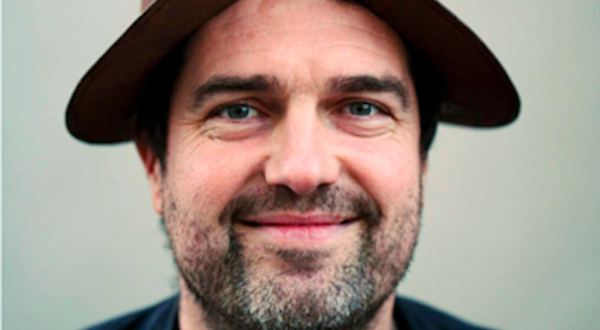 Dissident, underground, alternative, avant-garde, revolutionary, anarchist, are some of the words that have been bandied around in trying to come into grips with the works and persona(lity) of the prolific and irrepressible South African film-maker, novelist, poet and fine artist, born Ian Kerkhof in 1964 and resurrected as Aryan Kaganof in 1999.Â

But like many of his genre-busting and compartmentalization-defying works of art, Kaganof refuses to be pigeonholed, branded or iconized. His rebellion against labels is unflinching in his take on the various monikers that readers\viewers\critics have attempted to put on him:

i have read these labels and looked up their meanings

them applied to me. but my soul wasn’t grown

alternative to what? because

what it was that was going

was always going down

as far as i could see

cos i didn’t find

it deep enough to

be worth playing in

i’d rather be on my guard

and revolutionary is just going

round and round making it all ungovernable

In the same way that KaganofÂ  refuses to be stationed at some enclave, cocoon, corner, quarter, sectionÂ Â  or province called underground, avant-garde, alternative, revolutionary or whatever; he does not make any claim to have placed himself anywhere else; but rather accredit the source, the ultimate principle, whatever you call him\her\it â€“ nature\God and so on: Â Â

I never placed myself here

God did that and if there ain’t

no god it must have been a very

fine accident of nature giving me

white skin in a place where that means

i don’t have to work very hard in order to

have a house and a hearth while all around

me God (or another accident of nature)

made the so-called blacks to do the

hard labour and in my lifetime

i wonder will it change?

and in this lifetime

It used to be Valazza

six engine a most reliable vehicle

before that a Jaguar Executive that cost

so much to start up I never drove anywhere,

I would call up fancy ladies and ask them to come

to my place where we’d sit in the plushly upholstered

vehicle and admire the engineering. before that an Audi 500

and before that twice a Toyota Corolla; one that was stolen

from outside my house in Westdene and the other I

overturned while speeding drunk down Louis

Botha Avenue which made me wonder

whilst I was overturning how come

they never changed the name of

this motherfucking Avenue to

Gqom Avenue? or the

Kaganof is not romantic or nostalgic about the purpose of his work and his life:

a demented deity with anti-social tendencies; but nowadays, given

the rising cost of living, i would be content with paying next

bread on and forgive God his or her trespasses

against the dignity of mankind

He is equally nonchalant and makes no clumsy attempt at political correctness in declaring the instrument\weapon and medium he has chosen to do whatever it is he is up to:

Jirre, I used to walk around with a Glock strapped to my right ankle

of my poetic license. these days i walk everywhere naked

under my clothes just like the baby i was reborn as

the few words i can remember

are all i have left

If Kaganof was to write a manifesto for the ungovernables, anarchists \ undergrounds\ dissidents\ alternatives\ revolutionaries, what would it say?

it’s called The Garden of Peculiarities

I asked Kaganof about his journey from birth till here\there; wherever he is or is heading to and he responded frankly:

Your question is very ambitious

as I used to be

that I can pay next month’s

I don’t have much time for anything

else and, in this sense, I believe my poetry

The dissidentâ€™s (apologies to Aryan) explanation of the name change from Ian Kerkhof to Aryan Kaganof once again reveals his proclivity to fuse the personal\private and the political\public:

who was not yet in heaven. I wrote about this meeting in my novel

Uselessly, published by Jacana, 2006. When my father passed

name I was given by my mother, who was not married

to my father, is the name of the man she was married

to (who was not my father). So the renaming is my

return to my patri-lineal ancestry. In effect I had

to go through in order to be independent,

truly independentalicously free, of so-

am I for thinking it will ever be

Allowed ? Not while the ANC