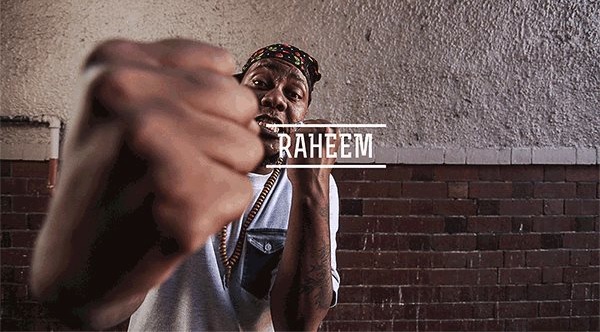 As a young child Raheem Kemet used to stutter. But he discovered that he could memorize hip-hop and soul, and sing it in the mirror without stuttering.Â  That was the genesis of the journey of self-rediscovery that resulted in Raheemâ€™s room becoming a theatre\studio and laboratory of experimental\ exploratory\ futuristic\ groundbreaking rhythm and poetry.

Thus, Raheem became a self-taught artist goaded by the man in the mirror, urged by the orchestra of voices evoked in his ears by a repertoire of sounds from his hi-fi system; and drawing Â inspiration from a range of genres and artists as varied as Black Star, Lauren Hill, SaulWilliams, Bilal, Dwele, Jimmi Hendrix, Stephen and Damian Marley, KOS, Cannibal, Oxe, Busta Rhymes,Miles Davis,John Coltrain, Bjork, Michael Jackson, Qwel, Abdullah Ibrahim, Femi Kuti, Radiohead, The Roots, Rahzel, Das FX, Under Oath, Erykah Badu and Blackalicious.

Though schooled and rooted in the culture of hip-hop, Raheem sees himself as an overall artist expressing himself through many art forms. His versatility allowed him to workÂ with legendary artists such as Steve FataarÂ andÂ Madala Kunene, and is reflected in his regular presence in jazz clubs, at underground platforms and at spaces dominated by hard and grungy punk and rock vibes, taking the persona of an addict to life â€“ a culture junkie, drunk onÂ the wine of music, the result of love.

RK:Â I’ve always found categories in music to be a problem when channeling my creativity … My process when tapping into my muse has always been interesting because for most of the time I never know the end result prior to actually hearing the final product. I seem to surprise myself at times. I do plan some pieces though. I’m in love with all sorts of sounds and genres. I’m about that authentic, organic and â€œreal-ishâ€. You can hear/feel it when it’s fake/plastic. I’m a rebel to the consumer society bullshit that has a noose on most artists. With that said I do acknowledge the fact that having people listening/buying into your music is vital when it comes to survival but I choose not to dumb it down and disrespect the intelligence of the listener. I know we all love to have fun, but it should be in doses, ‘nah mean? I create because I appreciate true art and I wanna have my place in it.

For Raheem, the saying, the pen is mightier that the swordÂ is not a clichÃ© but an expression of the truth, and so is the prophetic saying: â€œThe ink of a scholar is worth so much more than the blood of a martyrâ€.

RK: Everything came into existence because of the word and there is melody in everything, even in silence.Â I chose word and melody because they are the best tools to a personâ€™s heart and soul. I’m fascinated by the unfathomed paths that words can and do take me to.