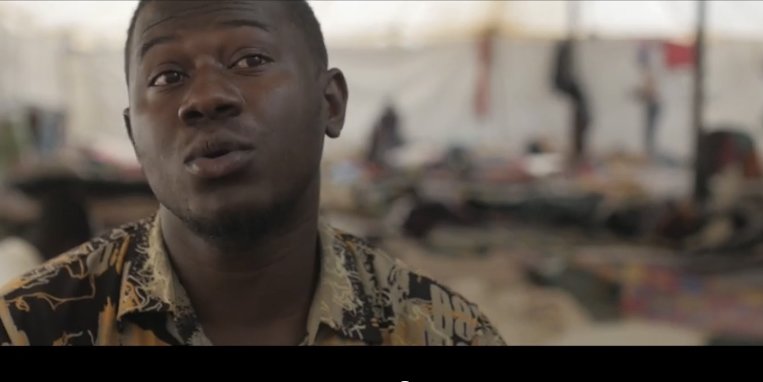 Many of the foreign nationals in South Africa are refugees, who have fled their own countries due to war, only to find they arenâ€™t safe here either. AMURI DJUMI from the Democratic Republic of Congo told Doctors Without Borders (MSF) he is seeking rights and justice â€“ not only for himself, but for also for xenophobes.Â

I remember in 2008 the government promised, this thing, the issue of xenophobia, happened by mistake, and it was not going to happen any more. But this is happening today in 2015. Whatever has happened recently, the xenophobic attacks and violence is something that we have been experiencing years back through different ways. However, this time around it had to erupt in a way that everybody could see and hear about it.

Right now, we are in a dilemma. We are in a conflict of choice because the community is determined to get rid of us. They donâ€™t want us. They claim that we have taken their jobs and so forth that they are accusing us. So it is very dangerous to go back to the community.

A lot of things happened. Where are the rights? Where is the justice? It doesnâ€™t play its part. Whatever is happening today, we have seen it. In 2014 last year, it was very nice: we were trading in a certain block in the taxi rank. They chased them, they confiscated their goods, they hit some of us, they poked some of us with knives, they attacked the shops. And then the police did nothing. They did nothing in terms of the law.

We were exposed to those criminals who should be treated like humans, as they are, because even themselves, they are human like us.

Speaking to MSF South Africa, this is Djumaâ€™sÂ story:

– Featured image: Screenshot from the video.