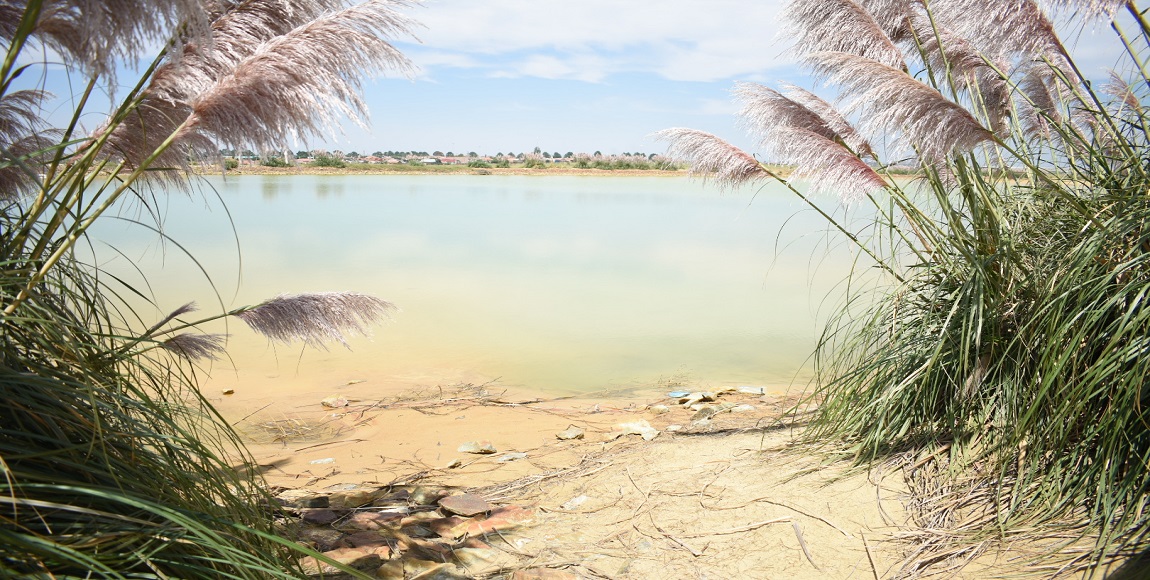 Mpho Tshele is a 61-year-old grandmother living in Snake Park, in the heart of Soweto. She looks after her 11-old-grandson, Koketso, who suffers from cerebral palsy (CP). Mpho used to work as a machinist, creating beautiful embroidered items. However, she is unable to do that because looking after Koketso is a full-time job. Tshele says it is difficult to look after Koketso because there is not enough money and it is difficult to get him to a hospital for better care.

Tshele’s grandson is just one of many children in the Snake Park area affected by cerebral palsy, ‘an umbrella term covering a group of non-progressive, but often changing motor impairment syndromes secondary to lesions or anomalies of the brain arising in the early stages of its development,’ according to the New Delhi-based Institute for Child Development. While there are many causes for CP, exposure to radiation is a huge risk factor.

And all of these cases are not a coincidence says Snake Park activist Tiny Dlamini who has lived in the area for the past ten years. Tiny says it is the unused mine which overshadows the area that is the cause of the high number of cases of cerebral palsy in the area.

Dlamini said: “Us here we do not have facilities, so kids get bored and they will come here to play without noticing the quicksand. They come here to swim. Some are found and some are not [when the fall in the quicksand]. [There are] a lot of disabled kids but mainly [cerebral palsy]. They are mostly from around here. People are coughing, people have breathing problems, they have eczema. Mainly from the pollution from the dam. These are [the] challenges we are facing. When it’s too dusty, it gets into our pots, it gets into our blankets, you can see there is something wrong. There is something sick [in this area].”

Last year, the Benchmarks Foundation, a non-profit organisation based in Johannesburg, released a report titled Waiting to inhale. It came out of a three year long research project which looked at various communities in the Gauteng area and how their proximity to working and abandoned mines has very real consequences on their health. The communities looked at were Snake Park, Riverlea, Diepkloof, Meadowlands and Doornkop. The Danville area in Mafikeng was used as the control for the study. The main findings of the report were that acid mine drainage was a real threat to the communities.

Acid mine drainage (AMD) has been a major issue for the Johannesburg area and has been described as a “ticking time bomb” by Greenpeace. AMD is caused by the flow of polluted water from old mining area and depending on the area, this water might contain high levels of salts, sulphate and other toxic heavy metals. This contaminated water pollutes soil and water as it spread underground.

In 2016, Nomvula Mokonyane, the minister of water and sanitation, announced a plan to deal with the acid mining problem. She said: “The solution promises to augment the water supply to the nation’s economic hub of Gauteng and will turn the acid mine drainage problem into a long-term sustainable solution.”

The plan included the construction of bigger and better treatment plants in the Witwatersrand eastern, central and western basins which will douse the sludge coming out of old mine shafts with lime that increases the pH level, making the water more alkaline.

Additionally, the report found that the laws and regulations around rehabilitation and safety for people living around the mining dumps were not being implemented. The report found that mining waste was being deliberately placed near rivers and water sources and that the water sources in those areas were being contaminated. Lastly, the dust from the mining activities were a constant threat of the health of the communities.

Another serious problem is radiation from the mine dumps. It emanates from the uranium that is brought to the surface along with the gold that is mined. Professor Frank Winde, a North-West University geographer said in 2015: “Mine tailings in the Witwatersrand are estimated to contain around 600,000 tons of uranium. While uranium does occur in the atmosphere and doesn’t really have an impact on human beings, the high levels of uranium found near the mines has very serious health risks which include cancer and birth defects in children. Mining companies manage to get away with leaving these harmful sites unmanaged because at times it is difficult to find out who the owners of the mines or they sell the mines just before it runs out of minerals, meaning the new owners are left with a dud which they then abandon.”

Ncebi Mdlalose is a 23-year-old mother of six-year-old Ntando who also has cerebral palsy. Mdlalose lives with her father who says there are plenty of problems in the area and they often suffer from coughing. They said that during August when the wind comes, it is very dusty and the sand goes everywhere, including in the food.

Mdlalose also finds it difficult to get to hospitals and schools. She says: “It’s difficult to get to the hospital. Those places are too far. I use public transport. We struggle to get into a taxi with the wheelchair.” She also said the schools for Ntando are very expensive.

Dlamini says the taxi drivers often pass by when they see people with a wheelchair because they think it will waste their time.

The report also found tailings are a major hazard. Tailings are massive quantities of solid mine waste which mining companies deposit in dumps across affected areas. The tailings consist of tiny dust particles which usually blow into other communities. Local people are unable to avoid this. These tailings are also placed into dams which can sometimes burst and this water falls into the river which flows into the communities that live around the mines.

David van Wyk, the lead researcher from the Benchmarks Foundation told The Daily Vox in an interview: “For us the main findings were that the people of Soweto were forcibly relocated out of so-called white areas during apartheid and relocated into Soweto and Riverlea in the period 1965 although some relocations did take place prior to that. What we also found is that the respiratory problems in these communities are incredibly high as compared to the control areas that we studied and as compared to the national situation. People struggle with things like coughing, sinusitis, burning eyes or twitching eyes, skin problems and so on which we concluded were dust related.”

Van Wyk mentioned that they did not have the resources to be able to check the water for metal contamination and to get definite evidence about the causes of the health problems in the areas.

However, there definitely does exist a problem in the area. Pontsho Madumo, 45, runs a centre for special needs children in the area.

Madumo started the centre with the help of her husband who has since passed away from tuberculosis. She says it has been difficult running the centre since her husband died because there are many children in the centre and she does not have enough money.

Van Wyk also mentioned that: “We are very concerned that there are around 6 000 abandoned mines in South Africa and 600 of those mines are in Johannesburg area. What we found was mine waste facilities which are radioactive and contain toxins and other such materials are freely accessible to the public. There’s no fencing, there’s no signage and there’s no educating about the danger of those facilities. People instead of going to buy proper cement, they go to take sand from the mine dumps and mix it with cement for their houses. Which is problematic because uranium breaks down as radon gas and radon gas is the second largest cause of lung cancer in the world. We also find disturbing readings with regards to radiation readings with regards to some of the areas in Soweto.”

The Daily Vox team visited the Snake Park mine where the radiation reading on the Geiger counter, an instrument that measures radiation, ranged from 20 to 27uSv/hr. A normal safe background reading for radiation varies roughly between 0.05-0.10. This reading did not go down even within the area where the people were living and maintained the high levels.

The National Institute for Occupational Health is currently in the early stages of compiling a report related the issue about the effect of the mines on communities’ health.

The Harvard Law School International Human Rights Clinic has also completed an analysis of the environmental, human and health consequences of mining. The study looked at human right violations that come about through mining and focused on the role of the government who have a legal obligation to guarantee the human rights of its people.

Bonnie Docherty, lead researcher for the report told The Daily Vox that they used a human rights lens for the report because: “We also strove to provide a comprehensive look at the issue. Rather than taking on just one slice of the issue, we addressed how gold mining in the region has created interconnected problems for both social and economic rights and participatory rights.”

The report found that while the government is doing some work in solving the problem, more needs to be done, especially informing people about the conditions which they were living under.

The mine in the Snake Park area that was visited was freely accessible. There was no gate preventing entry to the mining area as well as no signage warning people of the dangers of the mine and the tailings dam.

The department of environment affairs spokesperson Albi Modise told The Daily Vox that the department has recognised dust from mine dumps and tailings as a major source of air pollution which is why they promulgated the National Dust Control Regulations in 2013. Modise said there were some positive results, however, there have been challenges with implementation.

However, despite the many research projects which have looked at the effect that these mines in the Johannesburg area have on health, there are no concrete links. This makes taking action and holding people and organisations responsible extremely difficult. Meanwhile, the people who live in the shadow of the mine seem destined to suffer, without any relief in sight.

All pictures by Mohammed Jameel Abdulla

Editor’s note: The article was updated to include a comment by Bonnie Docherty.