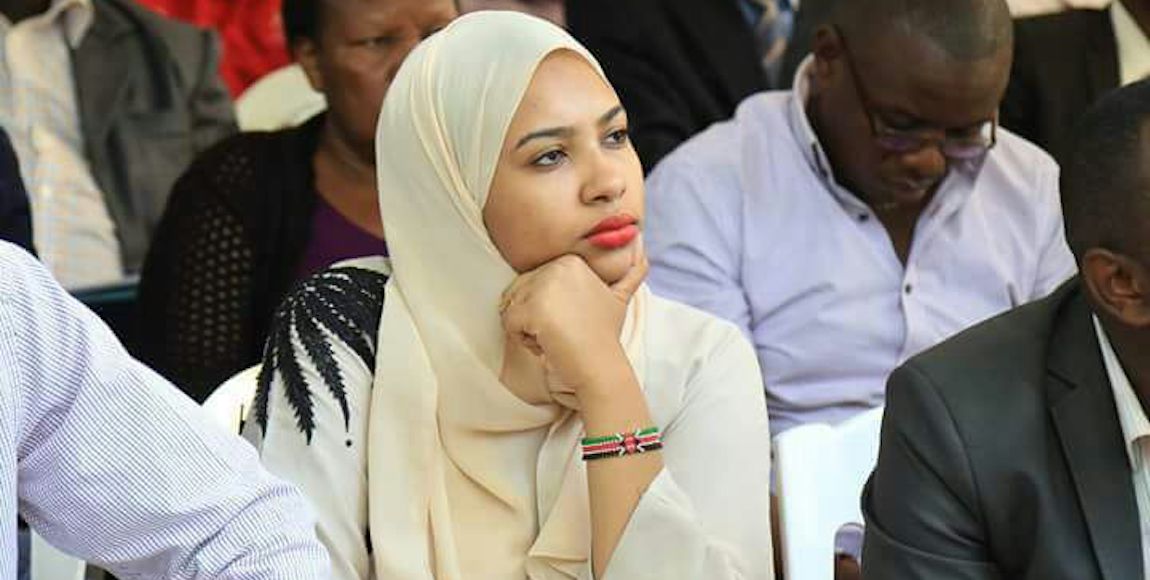 Kenyaâ€™s national elections in August will feature some of the youngest aspirant politicians seen yet in Kenya. The countryÂ has a large youth population, with 80% of the population aged 35 and under, making the youth vote one political parties will be eager to capture. In the 2013 elections Kinoti Gitobu, the MP of Buuri in Meru County, was elected to the countryâ€™s 11th parliament at just 26 years old, making him the youngest member of the house. These are the aspiring politicians hoping follow Gitobu’s lead and become lawmakers in the countryâ€™s 12th parliament.

1. Joseph Minjire Gaku (22)
Gaku is vying for the Othaya parliamentary seat on an Agano Party ticket. He has excited Kenyans with a uniqueÂ campaign strategy: using a wheelbarrow. Gakuâ€™s wheelbarrow is fitted with a microphone, battery, loudspeaker, amplifier and posters to publicise his bid and meet the people he hopes to represent. He says he chose the wheelbarrow because of its affordability and the fact that both the rich and the poor use wheelbarrows for different activities. Gaku sells himself as a candidate who does not come with the privilege that other leaders who have enjoyed political influence over the years have.

2. Nadya â€˜Agweleâ€™ Khan (24)
By law, each Kenyan county sends an elected woman representative to the National Assembly. This is part of the countryâ€™s attempts to raise the representation of women in parliament. At only 24, Khan is hoping to become Nairobiâ€™s next women representative. One of Khan’s priorities has been working with people with disabilities and people in the informal sector on the campaign trail. She hopes to set up fundsÂ to help young people and people living with disabilities to start businesses. The Nairobi women representative seat is hotly contested. Khan will face tough competition from the current women’s representative Rachel Shebesh, whoâ€™s running on a Jubilee Party ticket, and the Orange Democratic Movementâ€™s Esther Passaris.

3. Silvance Osele (30)
Osele is the incumbent MP of Kasipul Kabondo, a seat he is defending in the August 8 elections. He is running on an independent ticket after losing the Orange Democratic Movement primaries to Eve Obara. A lawyer, Osele has spoken in parliament 72 times, has trained young people in technical schools, and has overseen a number of security initiatives including setting up police posts in his constituency. He has alsoÂ set upÂ a womenâ€™s savings and credit co-operative and a modern maternity wing at the local hospital.

4. Charles â€˜Jaguarâ€™ Njagua Kanyi (31)
Kanyi is a Kenyan musician and entrepreneur who is testing the political waters by vying for the Starehe seat in Nairobi County. Before announcing his bid to run for MP, Jaguar resigned as a member of board of the National Authority for the Campaign Against Alcohol and Drug Abuse, sparking rumours that he was embarking on a political career. For the Starehe seat, he will be facing other young aspirants including Boniface Mwangi (34) and Steve Mbogo (31).

5. Wesley Korir (34)
Not only is Korir the current MP for Cherangany in Trans Nzoia County, he is also the 2012 Boston Marathon champion. Korir is vying for the seat again on an independent ticket and is hoping to get to parliament as the leader of the majority. In his backyard, he has initiated a number of initiatives including a dairy project, a uniform-making project and a savings and credit cooperative organisation (known as a â€œsaccoâ€) for boda boda (motorbike) riders in the constituency, among others. He is set to compete against Joshua Kutuny, a former MP for the area, in what is considered one of the most hotly contested polls in the election.