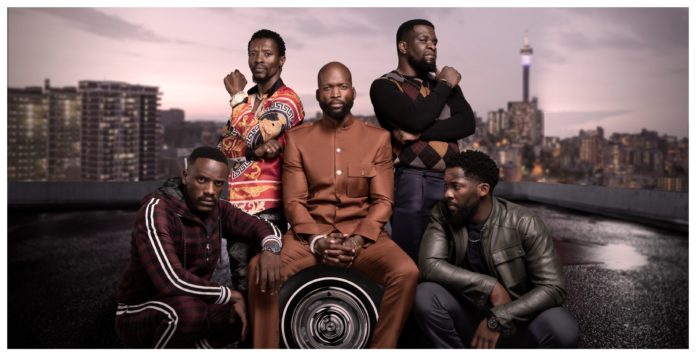 Showmax’s The Wife has broken its own record for the most first-day views on the streaming service. Now in week three, the show is jam-packed with more heart stopping drama. We reviewed the latest three episodes.

This episode’s name takes on so many meanings. It opens with Nkosana stabbing Bab’Majola to death in his office. Last time Hlomu kissed Mqhele while Sandile was in the bathroom. Mqhele leaves Hlomu and makes his way to Nkosana. He finds him at Bab’Majola’s office.The Zulu brothers have to rally now, especially with two guards outside. They escape and leave more death in their trail.

This episode is more intentional with its photography. The shots of the city at night are breathtaking. This is the setting for Mqhele and Nkosana’s planning on how to defend themselves when Bab’Majola’s sons seek revenge. We catch a glimpse of their spirituality during the episode as a sangoma performs a protection ritual for them. Hlomu confides in her twin brother about feeling stagnant. Meanwhile Sambulo Zulu (Sipho Ndlovu) has gone on an assasination spree against the Majolas. He has jumped ahead of any retaliatory attacks. But will it be enough?

The Zulu brothers have the upper hand over the Majolas in this episode. After Sambulo’s quick thinking, the Majolas have been left scrambling. Hlomu looks for Mqhele the next day. She is warned about him but doesn’t seem too fazed by it. A  group of taxi drivers turn up at the Zulu brothers’ residence to pledge their loyalty in the upcoming taxi war. The show is still true to its reliability by showing us Hlomu covering a service delivery protest in a township area. Her job as a journalist is still a focal point.

These are everyday realities for South Africans. Hlomu and her colleague are attacked and robbed while covering the story. She ends up at the hospital Sandile works at. Mqhele and his brothers happen to turn up and he takes Hlomu to his home. He declares this will be her new home so he can better protect her. We see these glimpses of chivalry and understanding from Mqhele when he is with Hlomu. There is a tender moment between the two when Hlomu reveals she has not had sex with anyone yet.

This episode opens hot and heavy with a love scene between Mqhele and Hlomu. It is shot tastefully with both stars in all their naked glory. There was nothing gratuitous about it. It is business as usual for the Zulu brothers as they still plot the upcoming fight with the Majolas. The Majola brothers have retreated to mourn their father and brother. They are more determined than ever to bring deadly force on the Zulu’s.

There is an emotionally impactful scene at Majola’s funeral as the coffins are lowered into the ground. Hlomu attempts to break up with Sandile. He convinces her to keep the ring and that they should talk things through. Hlomu’s colleague Lerato also provides much needed comic relief during this episode.

Hlomu and Mqhele’s romance heats up alongside the taxi war. It is going to be a fiery ride through it all.