Home As Told to “They can’t afford to take students to Medunsa, but they can take...
WhatsApp
Facebook
Twitter
Email
Print 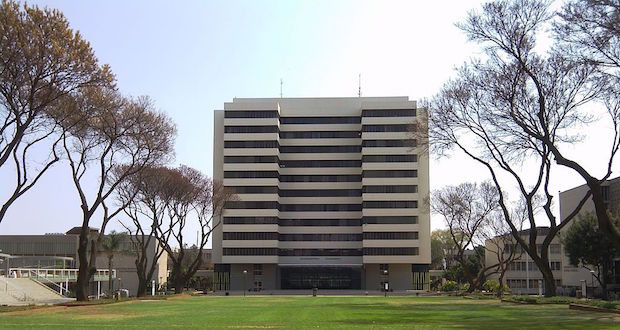 KEALEBOGA GODFREY MOHIBIDUÂ dropped out of theÂ electrical engineering programmeÂ at the University of Pretoria after losing his scholarship. HeÂ told Firdaus Khan about how he had to break the news to his mother, a single parent. I started my studies at the University of Pretoria in 2010. I had financial sponsorship fromÂ Vodacom then, but when they went red their criteria for funding changed. We had to maintain a 65% average, which wasn’tÂ easy.

I lost myÂ sponsorship in 2011. Without it,Â I lost myÂ accommodationÂ and couldn’t afford my textbooks. ItÂ wasn’t pleasant to study anymore and my academic performance took a hit.

I tried other means to find funding – I asked the political guys like DASO to intervene with the administration andÂ I applied for NSFAS but it didn’t help. I still couldn’t get together enoughÂ money to see me through my studies. I eventually managed to register, but I didn’t have money for anything outside tuition – no books, no res, nothing. I squatted around, living for one month here and two weeks there. That didn’t work out. It was really draining, trying to hold it all together while studying.Â Four months into the year,Â I dropped out.

Since dropping out, I’ve been in business. I started doing direct sales in Johannesburg. Eventually, I decided to go back home to my mom, who is a single parent. I needed to explain the situation to her but itÂ felt like a big boulder was on my shoulders. I couldn’t just go home like that and tell her I’d dropped out. She wasn’t happy. I tried explaining to her that NSFAS makes studying more of a privilege than a right. She couldn’t accept it, but what was there for her to do?

I recently went to the University of Pretoria to see the administration, and ask them what I would needÂ to doÂ to come back. They explained that I would need to re-apply, the board of admissions would have to see if they could accept me, and thereafter they would reach a conclusion – but this is all dependent on me paying my debt of R22,000. I don’t have any cash of my own to cover that, so I’m trying to secure funding from any organisation or individual that can help.

The government is running away from its responsibilityÂ to educate its people. They should be able to offer the best education they can, before they think about deploying people to study in other countries,Â like they do with the students taken to Cuba to studyÂ medicine. Can’t our institutions produce the very same doctors that Cuba does? They can’t afford to take students to Medunsa, but they can take them to Cuba.Â For education to be this expensive, there must be a reason.

– Featured image by of the Engineeering building at UP byt JMK, via Wikimedia Commons