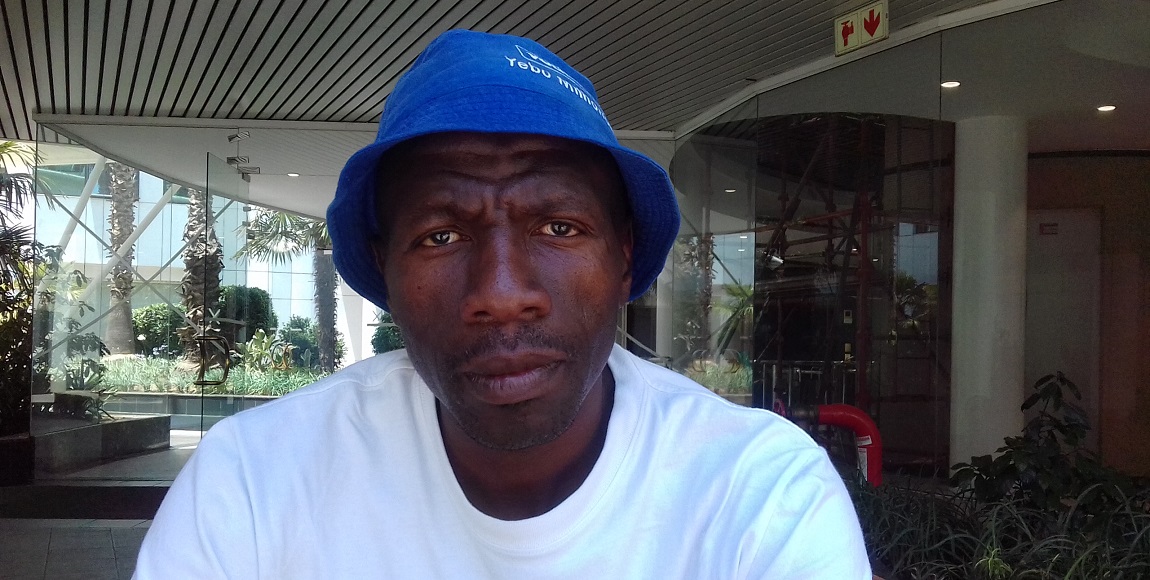 Bennett Mahlangu is a 41-year-old ex-convict from Vlakfontein, in the south of Johannesburg. Mahlangu was arrested when he was 18 for murder and housebreaking and released in 2014 on parole. He is currently volunteering and hosting dialogues at local primary and high schools in the south, to help young people stay away from crime.

I am an ex-convict. I got arrested in 1995, and I was sentenced to life in prison in 1996. I served 18 years of that life sentence, and was released in January 2014. I was arrested for murder and house robbery. During my time in prison, I saw that this is not a good place for young people. But growing up in townships, where young people are exposed to crime, many end up in prison. I told myself that when I come out of prison, I will not look for a job, but rather educate young people about making the right decisions in life.

When I came out of prison, I started giving motivational talks in primary and high schools to make young people realise what the consequences are if you make the wrong decisions in life. I then joined an NPO called the Khomanani Health Group, where I now also offer mentorship programmes for young people. I have given talks to several primary and high schools in the south, but I mainly now focus on speaking to high school learners because I feel they are the ones who get involved in crime more often.

I really enjoy what I am doing and I would like to further pursue mentoring young people, but I’m currently faced with an issue of lack of resources which is a major problem for me. I donâ€™t have a laptop or projectors for my presentations and this makes it difficult for me to do my mentorship programs. I have tried to speak to the City of Johannesburg to try get assistance but they told me to wait and I have been waiting.

I am not doing this for myself, I am not trying to benefit from this; I am trying to help our communities and our children because we need help them make the right decisions for their future. am not well educated when it comes to asking the private sector to help me out, but I would also appreciate their contribution. Members of my community do try to help out where they can, but we are all poor there and canâ€™t afford these resources.

Prison is not a nice place, especially for children. I was taken to prison when I was young because of bad choices, but when I was released I struggled fitting in society. People do judge you from time to time – when you were arrested so young and see you as a criminal. Adapting back in society can be challenging, and for some people this can force them back to crime. I donâ€™t think that our government is doing enough to help young people stay away from crime. It really would be nice if they supported those who have been to prison and are trying to help reduce crime, by supporting our initiatives and campaigns. In my area crime is still very high and this makes it difficult for me to help reduce it because I have no resources and government is not doing enough to reduce crime.