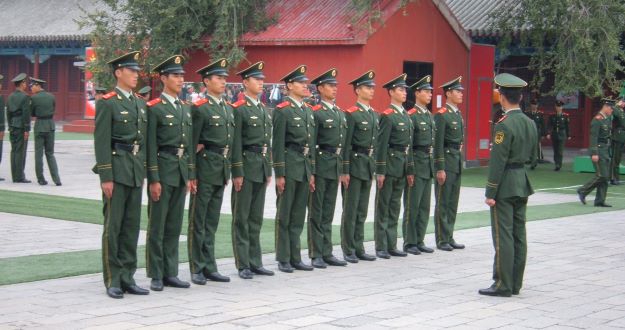 China has been doing some pretty sketchy things lately, like arresting human rights lawyers and NGO workers left, right and centre. DANA DA SILVA rounds up a recent statement released by the UN High Commissioner for Human Rights that looks at why this is the case.

Zeid Raâ€™ad Al Hussein, the United Nations High Commissioner for Human Rights, recently raised concerns about the arrests of lawyers and on the harassment of government critics and NGO workers in China. â€œWe are seeing a very worrying pattern in China that has serious implications for civil society and the important work they do across the country,â€ Al Hussein said in a statement. â€œCivil society actors, from lawyers and journalists to NGO workers, have the right to carry out their work, and it is the stateâ€™s duty to support and protect them.â€

He sought clarification from the Chinese authorities in Geneva on the 16th of February about the recent arrests. However, their responses showed that they would â€œtoo often reflexively confuse the legitimate role of lawyers and activists with threats to public order and security,â€ he said.

Police arrested about 250 legal assistants, human rights lawyers and activists across the country since a nationwide crackdown began last July. Last month, 15 more human rights lawyers were also arrested. Ten of them were charged with the crime of â€œsubversion of state powerâ€, which carries a sentence of 15 years to life in prison.

Cecile Pouilly, from the office of the High Commissioner, said that China has responded to their concerns by stating that these cases involved criminal activity. â€œBut our office maintains there is nothing criminal about law professionals defending the rights of Chinese citizens and activists who exercise peacefully their right to freedom of expression,â€ she said.

She added that through these arrests, China is applying its criminal procedure law, but they are not legal according to international human rights law and standards.Â From the exchange with Chinese authorities, it seems unlikely that those that have been recently arrested will be released.

Amongst those facing the charge of â€œsubversion of state powerâ€ are leading human rights lawyers Wang Yu, her husband Bao Longjun, and Li Heping.

There have also been recent cases of disappearances of booksellers from Hong Kong. Five people from Causeway Bay Books, a shop that publishes books which are critical of the Chinese government, have gone missing since last October.

Bookseller Lee Bo, a British national and Gui Minhai, a Swedish national, both went missing.Â On 17 January, Gui appeared on Chinese state television making a â€œconfessionâ€, in which he said he had voluntarily surrendered to the Chinese authorities over his â€œinvolvementâ€ in a hit-and-run accident in 2003. Both of them reappeared last month. However, Chinese authorities confirmed on the 4th of February that three other booksellers, Lui Por, Cheung Chi-ping and Lam Wing-kee were still being held and investigated for â€œillegal activitiesâ€ in China.

Overall, these arrests are having a negative effect on the work of these lawyers and NGOs. â€œThis crackdown on lawyers and leading CSOs [civil society organisations] has certainly created a chilling effect among Chinese CSOs. In addition, the adoption of a series of laws strengthening national security to the detriment of fundamental rights and freedoms generate is very worrying,â€ said Pouilly.

Some of those who have been arrested have been accused of “inciting workers to go on strike”, accepting foreign funding and “disturbing social order”.

Since 2013, the Chinese government and the ruling Chinese Communist Party (CCP) have issued directives which insist on the correct ideology amongst university lecturers, party members, students and journalists.

In Amnesty Internationalâ€™s 2014/2015 annual report, they found that authorities remained hostile to criticism by continuing to severely restrict the right of freedom of expression. Activists and human rights defenders still risked arbitrary detention and harassment. Ill-treatment and torture still remain widespread, with access to justice being elusive to many.