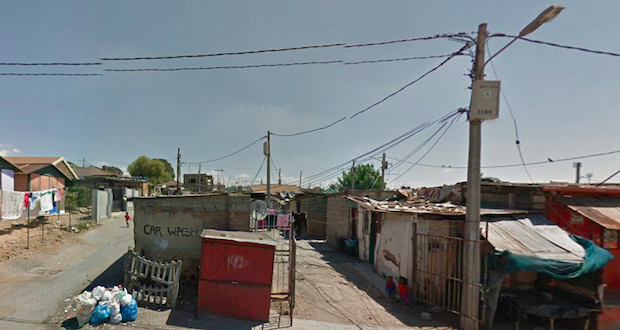 Residents of Alexandra have mixed feelings about the deployment of the army in their community â€“ some told PONTSHO PILANEÂ the extra security presence could make things safer for everyone, but others feel it is only a short-term solution.Â

â€œThe army deployment is necessary because it puts us, the community, at ease,â€ said former Miss Alexandra Boipelo Mabe.

Mabe said that the violence over the weekend was not just xenophobia, but criminality, just like the government has claimed.

â€œThe way it was done was too organised just to be xenophobia. The people came in trucks and with things to cut the locks off the foreignersâ€™ shops. It is basically criminality,â€ Mabe added.

Mabe said she believed the armyâ€™s presence had made it safer for both locals and foreign nationals, but that it might also indicate the SAPSâ€™ lack of capacity to control crowds.

â€œItâ€™s very concerning that our local police are incapable of controlling crowds and that the army has to be deployed every time there is a violent protest. I am beginning to lose trust and confidence in them and I believe they are unqualified,â€ she said.

Although some people are happy about the deployment, others are unimpressed with the way the government is dealing with the violence.

Vusi Mtimani, a local soccer agent in Alexandra told The Daily Vox he didnâ€™t believe the army’s presence would change anything in the long run.

â€œThe army will not be here forever â€“ what will happen after they are gone? I think the mob will return,â€ said Mtimani.

Although the situation has calmed since the weekend, with people continuing their day-to-day activities, there is still much dissatisfaction in the community.

â€œThe main issues that caused the violence this weekend are the lack of housing and the high rates of unemployment. Locals are disgruntled and they are trying to get the attention of government to address their grievances,â€ Mtimani said, adding that the armyâ€™s presence reflected badly on Alexandra.

â€œThis makes us look like criminals, like we are so uncontrollable we need the army to curb our hooliganism. Itâ€™s not right that the government thinks we are savages,â€ he said.

The SANDF was also deployed to Alexandra following the 2014 election, to quell protests and looting that erupted following allegations that a councillor had tampered with ballot papers.

â€œItâ€™s got to be a short deployment, and the focus ideally should be to stabilise, cool down and calm down the situation, and give time and the stability for the police to go sit out and get a hang of who the ringleaders are,â€Â Heitman told The Daily Vox.

This week police, supported by the SANDF, raidedÂ hostels in Jeppestown and Alexandra. National police commissioner Riah Phiyega described the army as a â€œforce multiplierâ€, saying â€œAnyone who doesnâ€™t see force in the combination of police and defence must be blind, so we are truly grateful for the support given to us.â€