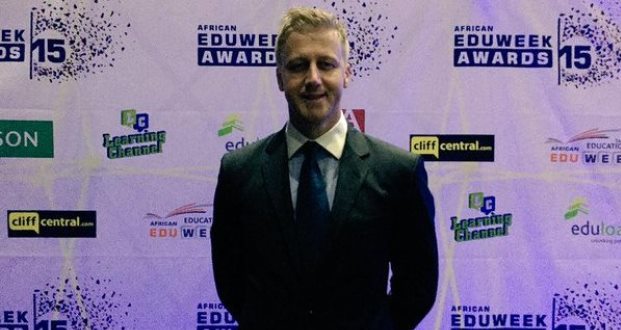 South African self-styled â€œshock-jockâ€ Gareth Cliffâ€™s response to the #PennySparrow debacle and the ensuing debates on criminalisation of hate speech was to declare: “People really don’t understand free speech at all.”Â The Twitter backlash was swift, with tweeps threatening to boycott the show if Cliff continued to feature as a judge.Â M-Net announced that they removed Cliff on Friday.
The perception that he cannot distinguish between free speech and hate speech is said to be behind his axing. AAISHA DADI PATEL rounds up a few other times Cliff has ruffled feathers.

1. Comparing Cecil John Rhodes to Shaka Zulu
In April 2015 at the height of the #RhodesMustFall campaign, Cliff weighed in on his blog: â€œA statue of Rhodes has become the focus of a vitriolic campaign against what certain people believe is an offensive monument to a wicked Imperialist who exploited Africans. The latter is obviously true, but then so was the story of King Shaka of the Zulu â€“ who actually killed (sometimes by his own hand) so many Africans that he created anew the map of Eastern South Africa â€“ chasing the Xhosa south and the Swazi north, bringing the disparate Zulu clans under his iron rule.â€

Ignoring the symbolism of the Rhodes statue, Cliff wrote that tearing it down â€œit is a hollow victory to defeat those already dead.â€

2. Participation in controversial #MCInHerShoes campaign
The purpose of the #MCInHerShoes campaign was said to be to raise awareness about gender-based violence. A number of flaws with the campaign were pointed out â€“ as The Daily Vox noted, it takes more than a pair of stilettos to begin to understand what it is to be a woman.

Who’s paying for this massive funeral for #SenzoMeyiwa ?

â€œCliffâ€™s remarks were born from his own privilege, which he then used to set standards which suggest that Meyiwa wasnâ€™t good enough for his own funeral. But who is Gareth Cliff to say that a man doesnâ€™t possess the right skills to be mourned with a state funeral? And when did skills dictate how people should be buried?â€ we wrote in 2014. Cliff wrote a response to the backlash on his blog. â€œTheir fury betrayed that there was more anger at his death than any of us could quantify â€“ the same anger poor Kelly Khumalo had to deal with earlier in the week â€“ but it also showed that when a mob need a scapegoat, any excuse will do. Sadly, for a time, I became more important to these angry people than Senzo. I did not ask the question to be controversial.â€

4. Calling a woman â€˜Dear bitchâ€™ on air
After addressing a woman on air in 2013 as â€˜dear bitchâ€™, she lodged a complaint with the Broadcasting Complaints Commission of South Africa (BCCSA). It was dismissed, with it being rendered something said in a â€œplayful and melodramatic manner.â€

5. Islamophobic comments
In 2013 while still at 5fm, Cliff made comments about a suicide bombing in Kabul, Afghanistan, in which eight South Africans had been killed. According to a complainant who took the comments to the BCCSA, Cliff allegedly said, â€œThere is nothing good in Afghanistan, nor is there anyone with any common sense. Westerners should leave these 13th-century barbarians to blow themselves up.â€ He allegedly also mocked Arabic as a language. The BCCSA dismissed the complaint, and Cliffâ€™s spokesperson told the media that the comments were not Islamophobic in nature: â€œGareth was condemning the behaviour of the suicide bombers.â€

6. Questioning the limits of freedom of speech
When his producer was suspended after a listener complained about him letting the word â€˜fuckâ€™ slip out on air, Cliff started tweeting about the incident and attempted â€“ without much success â€“ to get the word trending on Twitter.

Let’s get #Fuck trending on Twitter this morning. I’m so tired of this childish attitude some people have to swearing

7. Labelling Limpopo youth as â€˜talentlessâ€™
After visiting the province for a round of Idols auditions in 2011, Cliff proclaimed that â€œthe people in Polokwane are charming, but not talented.â€ The ANC Youth League immediately called for Cliff to be fired, statingÂ â€œThe youth must not be defocused and demoralised by Mr Cliffâ€¦the future of young aspiring artists lies in the lazy hands of a madman.â€

8. â€˜Interviewing Jesusâ€™ in 2004
Back in early 2004, Cliff interviewed himself, playing both Jesus and an interviewer in a radio segment. He drew the ire of many listeners, and the station suspended him for two days. â€œAs a responsible broadcaster we simply cannot endorse any content that unnecessarily undermines the religious beliefs of our listeners,” said 5fm manager at the time, John Langford.

9. His open letter to the ANC government in 2010
In 2010, Cliff penned an open letter in which he didnâ€™t hold back â€“ Times LIVE reported that it â€œstarted out by pointing out President Zuma’s illegitimate children, calling Blade Nzimande ugly, and criticising how people related to the government seem to get rich very quickly…and tackled issues such as the media tribunal, education, black economic empowerment, inter-departmental power struggles and the renaming of streets.â€

10. Misogynistic comments on air
In a radio interview with an AIDS activist in 2011, Cliff remarked on air that â€œ22-year-old girls do nothing but lie on their backs with their legs open.â€ A DA councillor reported Cliff to the BCCSA, to which his manager responded, â€œHe said he was joking and just making a point. This whole thing is being blown out of proportion and itâ€™s unfortunate.â€

11. Disrespecting Manto after hearing about her death
After former health minister Manto Tshabalala-Msimang died on December 16, 2009, Cliff did little to hide his reaction to her death.

Remember what @GarethCliff had to say when former Health Minister passed away pic.twitter.com/w5TywHjpRF

Although there was a lot of shock and outrage at Cliffâ€™s comments, he stuck by his statement.

While Gareth still has CliffCentral and his blog on which to vent his opinions, the events of the past week have shown that corporations and brands will move quickly to dissociate themselves from people who are dismissive of racism.
Twitter consensus seems to be that his booting from Idols was not simply because of his comment on free speech, but rather the final straw for a personality who is increasingly viewed as contemptuous, destructive and tone-deaf.

To paraphrase a sentiment seen often on social media this weekend: Gareth has been given a very long rope and has finally hanged himself.