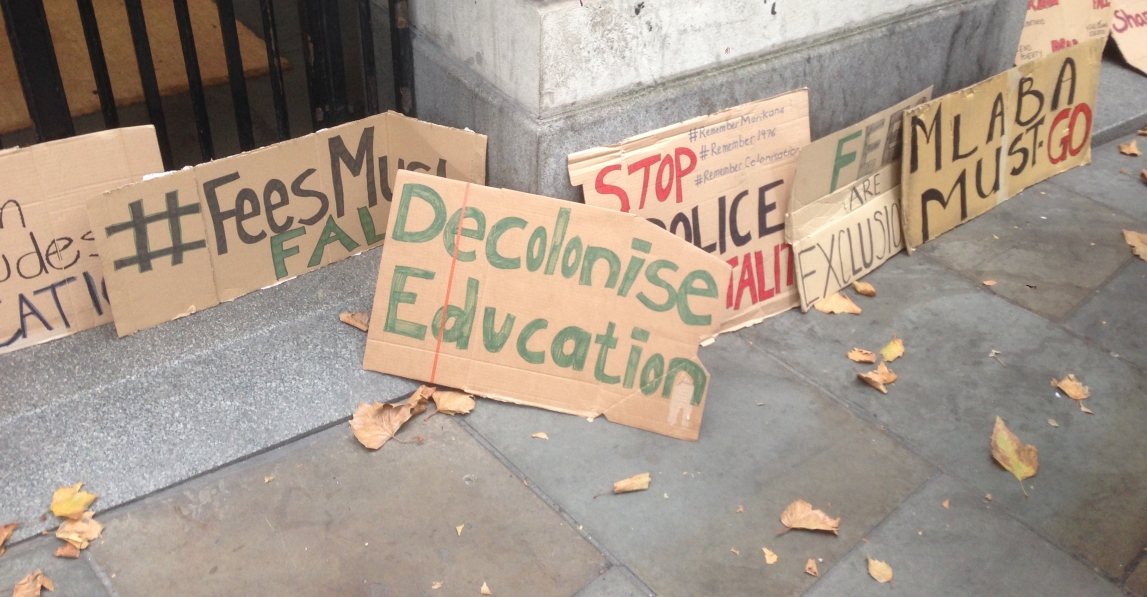 We are living in a society that is deeply divided on racial issues, decolonisation being one of them. The reality of the decolonisation debate, and the views argued, is that there is an exceptional amount of ignorance and lack of understanding from the majority of those who argue against it. Luke Waltham says their remarks, comments and statements are extremely problematic and often express blatant or subliminal white supremacy.

If someone were to ask you for the name of a well-known black scientist, professor or academic, you would most probably find yourself stuck, unable to answer. It is rare for any person to be able to list well known black inventors and academics, yet it is extremely easy for someone to list well known white inventors and academics. The first ignorant, white supremacist response would be, â€œYes, thatâ€™s because all the best inventions, discoveries and ideas have come from Europe and the West.â€ This, of course, is wrong.

What many do not realise is that Africa is rich in history, knowledge, education and ideas. Unfortunately, white supremacists and ignorant individuals continue to disregard this idea and claim that, â€œif it werenâ€™t for white people, there wouldnâ€™t be universities, electricity, industry,â€ etc. Regardless, it is extremely important that as an African state and as people living in Africa, we oppose the notion that our society and our education system should be based solely off of Eurocentric ideas. Instead, we need to create an inclusive, open system that composes of African ideas, African education and African knowledge. The first university in the world, despite what ignorant individuals argue, was actually in Africa. The University of Karueein was founded in 859AD in Morocco, North Africa. Original, unique forms of medication and sciences have been developed in Africa and by Africans themselves such as the use of herbs and naturally grown plants to solve migraines, fevers and colds. Clever inventions and concepts have been created by Africans such as unique methods of navigating and mining. It is nonsensical to argue that there is nothing we can gain from integrating African knowledge and education.

To believe that there is nothing we can gain from Africa and the people of Africa is, in itself, white supremacist because this argument implies that Eurocentric, Western knowledge is more superior to African knowledge. This superiority argument can be seen as racist and dehumanising towards black Africans who, over the years, have developed and discovered knowledge that is as important, useful and insightful as that of white Europeans. In addition to this, it is extremely closed-minded and is the complete opposite of what academics are supposed to believe in. Academics are supposed to research and push themselves to discover new knowledge. By ignoring African knowledge, you are risking the opportunity to learn crucial, vital lessons and ideas that could assist you in your goals.

The move towards decolonisation is definitely an important one. Our society needs to deconstruct systems of white supremacy and instead, uplift and equalise the ideas, knowledge and sciences of both black and white people. A consensus needs to be reached as to the extent to which we are going to decolonise the system, involving all stakeholders who influence and determine the education systems and societal structures such as the government, universities, school representatives and students. As a result, they will need to determine what will be included in our education system and prioritised our society to ensure that African knowledge and wisdom are regarded as important, useful ideas the same way that Eurocentric knowledge and wisdom have been treated for centuries.