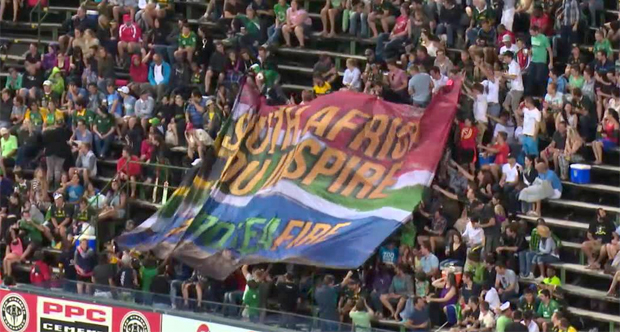 Sundayâ€™s game between India and South Africa in Melbourne is likely to set the tone for the cricket World Cup. And we know, everyone will be watching.

Having beaten Pakistan comfortably in their first game, India will almost certainly secure entrance to the knock-out stages if they manage to beat the Proteas on Sunday. But we all know that isnâ€™t going to happen. Here are three simple reasons why not. There is only one thing more dangerous that Hashim Amlaâ€™s blade, and that is his beard. With Amla scoring more runs in ODI cricket than anyone ever before (he is the fastest to 5,000 runs and to 19 centuries, and has the quickest century per innings ratio) the failure against Zimbabwe means that his bat is likely to come good. Crucially, he bats very well during the middle overs, and if he does, our boys are likely to post a score out of reach or, if batting second, are likely to make any total within reach. But its not just Amla that India should be afraid off. Even AB has a beard.

South Africans have traditionally always been good with balls. Allan Donald, Shaun Pollock, Doctor Khumalo. And MornÃ© Morkel is no different. His extra height and crooked nose gives his balls extra bite, the type that is likely to overwhelm the chops from the subcontinent. Except for Virat Kohli, and perhaps Rohit Sharma, there arenâ€™t any good hookers in the Indian team. With Dale Steyn a little under the weather, and Vernon Philander and Imran Tahir likely be to targeted by Indiaâ€™s middle order elite, Morkelâ€™s killer bounce is likely to bring all the wickets to the yard.

3. Hansieâ€™s Ghost
South Africans have never forgotten about our captain my captain Hansie CronjÃ© â€“ or forgiven the Indian cops that put him in trouble for match-fixing. Look, we understand he slipped up, but so what? President Jacob Zuma had some 700 charges of corruption against him, and look at that: he is still leading the country, never mind a cricket team. Hansie had a 73% winning percentage in ODIs, a record that is bettered by only a select few. Also, he had a remarkable record against India, both with the bat and as a captain.

But never mind Hansie, looking back at the Proteasâ€™ record against India at previous world cups, it is easy to see why India is so uneasy about facing up to our boys. We have never lost to India at a World Cup. Back in 1992 in Oz, or in 1999 in the UK, or in 2011 â€“ in India itself. If anything, India chokes against us.Â And the Indians know it. See this ad below, showing two South African fans delivering celebratory fireworks to Indian supporters watching the game.

– Featured image: By the Nelson Mandela Foundation via YouTube screengrab. Image of Amla: By YellowMonkey/Blnguyen via WikiMedia Commons.