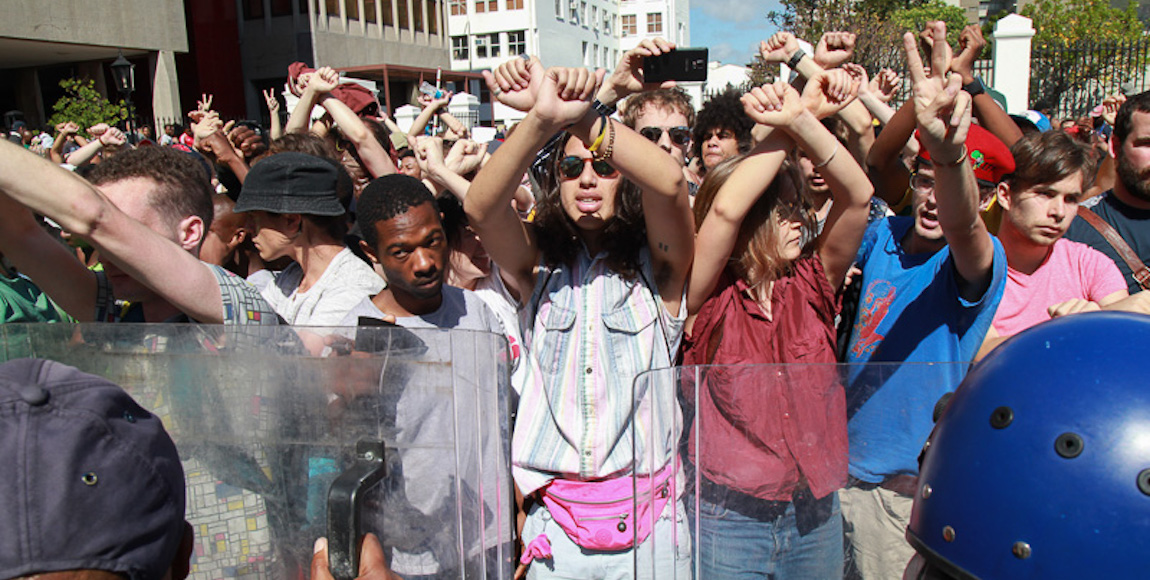 The article is addressed to white men but is more widely intended to disrupt patterns of domination hindering social movements and their members. It is relevant for anyone who is privileged and interested or invested in social change. The Daily Vox rounds up some of the guidelines that you can start putting into practice today.

1. Practise awareness and active listening in groups and at meetings.
Be aware of the demographics at meetings: how many men, women, transgender, white, black, POC, heterosexual and queer people are present. Be cognisant of how much space you take up. Notice how many times you speak and for how long, and notice the same of others. Practise actively listening to people and not just thinking about what you want to say next. With listening comes learning. You don’t have to get caught up in having something useful to say. Sometimes it’s more important to give other people a platform and allow them to express themselves. Value other people’s knowledge and experiences. And stay humble about your own knowledge and experiences.

2. Rethink ideas and how they are received.
Ideas, and whose ideas are championed and rejected, play a large role in group dynamics. Notice how many times you put forward suggestions in the group you’re in. Also notice how often you support other people’s ideas in the group. When someone puts an idea forward, ask them to expand on it. Observe whose work is recognised the most – and the least.

Recognition is important. Recognise people for the work they do, and do it often. Especially recognise the work of those who aren’t usually recognised. When you have an idea or an action or vision, branch out and ask what other people think of it. Be aware of who you ask and who you listen to. Avoid working in silos. It’s important to develop respect and solidarity across varying identities: race, class, gender, sexuality. If you only consult with people within your circle you won’t be able to cover your blind spots and approach a problem with a solution that covers all angles.

Struggle with leadership too. Sometimes it is better to struggle with a model of leadership that allows you to develop more leaders. In leadership, think about how you can support others but also what support you need from others. Be allies to each other – including your fellow privileged peers. Struggle to develop radical models of anti-racist, class conscious, pro-queer, feminist engagements that challenge forms of supremacy.