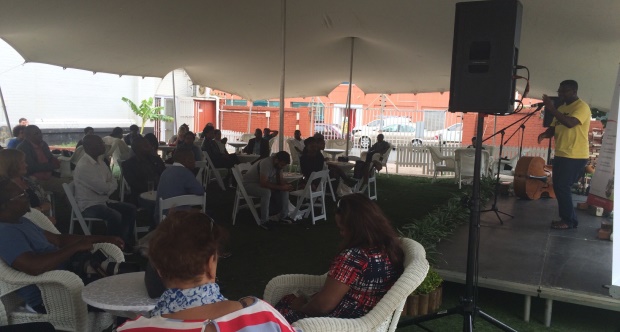 Decolonising the book may indeed be fraught with difficulty, but this year’s Time of the Writer festival is aÂ big leap for the transformation of literature in South Africa.Â

HeldÂ under the theme of “Decolonising the book”, organisers of this year’s Time of the WriterÂ festival concede that the actual process of decolonising the book is not going to be easy. The festival will moveÂ across to townships and other communities in an attempt to include more people than the usual literary elite, and to challenge the colonial gaze, said project manager, Tiny Mungwe.

Taking literature and writers to these areas will also mean thinking about how the conversations will take place, and the language used. Author Thando Mgqolozana says, “I kind of feel that we haven’t found the right vocabulary so that we can… communicate with each other in ways that everybody can understand. It’s going to be even more difficult whenÂ we have to do this in our languages -Â isiZulu, isiXhosa… but this is a challenge that we have to take up, not just as writers and literary people, but everyone in society. Because there is no turning back.” Also read: Nakhane TourÃ©, TO Molefe, Niq Mhlongo and Panashe Chigumadzi on the importance of decolonising the book.

In an exciting show of support, the eThekwini municipality has announced that it will be distributing two copies of each of the books of the authors who are participating in this year’s festival to libraries in the city. This means that a total of 1, 656 books will go to 92 libraries across eThekwini.

Mgqolozana had some advice for the panelists at the festival. “When I was here last year, [writer] Jacob Dlamini talked about writers going to their communities with their books written in English, and how they were going to explain the concept that I explored in those books in their mother tongue. So this is a challenge to you Nakhane, Panashe, Zukiswa, and other writers who are here specifically”.

The festival officially kicks off at 7pm tonight at UKZN’s Elizabeth Sneddon Theatre, and The Daily Vox team will be bringing you all the highlights. See the programmeÂ here.

The Daily Vox is the official media partner of this yearâ€™s Time of the Writer festival.