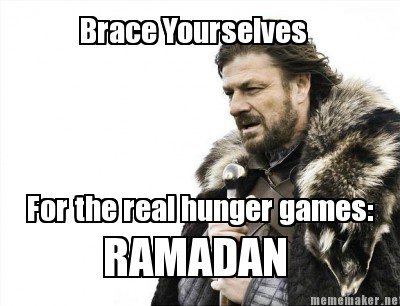 During the MuslimÂ holy month of Ramadan, which begins Wednesday at sunset,Â observant Muslims will abstain from food and drink from the first light of dawn to sunset. But even as the noble aims of spiritual purity are lauded, Ramadan has also become a time of politics â€“ not all of it bad. ByÂ FIRDAUS KHAN.

Last week Overlords of the Internet,Â BuzzfeedÂ reported that â€œfour primary schools in London will not be allowed to fast during Ramadan without special permission, with the headmaster of one school citing the studentsâ€™ welfare as the motivating factor behind the decision.â€

One such school included Barclay Primary School, which, in a circular distributed to parents said that the school is “reliably informed that in Islamic Law, children are not required to fast during Ramadan, only being required to do so when they become adultsâ€, and as a result of children becoming ill and weak when fasting, the practice had been banned at school.

Buzzfeed later updated the story to show that some students will be allowed to fast â€“ but only after having explicit permission from the headmaster. Head of school, Aaron Wright, concluded, however, that â€œthis determination should be decided by parents with their children, who can together reach a collective decision whether or not the child can fast.â€

The ban was met with understanding from some, who noted that it was done in the best interests if the children.

I find nothing wrong with this. It gets tough for adults to keep a fast so you can’t imagine the struggle for kids http://t.co/5BJjL4Vnx0

However, others were offended by the ban, noting that the practice had taken place for many years, and has not caused harm, but rather included children in the spirit of Ramadan.

When I was younger I used to fast a few days during Ramadan even tho I didn’t have to fast. It made me feel special, I was happy to do so.

@mwarne True but they do not have right to tell parents that their children cant fast and try and cancel a religious month â€” T. (@YeahItsTosin) June 12, 2015

Much of the criticism of the move by the London schools, however, stems from concern that people in power, in this case the school administration,Â become the umpires.

I get where schools r coming from but school admins cannot become the arbiters of religious practice. This is wrong. http://t.co/CW7ZvDhu0z

While the motivation behind the London school’s decisions appear to be well-placed concern for the health of their students, in places like China, Ramadan is banned. Last year, Muslims in Chinaâ€™s north-west province of Xinjiang hadÂ been ordered by the state to refrain fromÂ fasting.Â A regional spokeswoman, Hou Hanmin, was quoted Â by The Guardian viaÂ the state-run Global TimesÂ as saying that authorities encourage people to â€œeat properly for study and workâ€, but would not force anyone to eat during Ramadan.

In previous years,Â Muslim schoolchildren were said to be force-fed free lunches during the fasting period.Â And according to some reports theÂ Chinese government has gone so far as forcingÂ restaurants to stay open, and required localÂ government officials to sign â€œletters of responsibilityâ€ promising to avoid fasting, evening prayers, or other religious activities.

And then there’s the special case of Saudi Arabia, which in 2013 threatened Â to expel non-Muslim expatriates who eat, drink, or smoke in public during Ramadan.

But it’s not all London gloomÂ and draconian states.

Lebanonâ€™s Daily Star reports this week that Sunnis and Shias inÂ Beirut are looking to put aside politics and focus on celebrating the holy month. And Egyptian President Abdel-Fattah El-Sisi, fresh from sentencing his predecessor to death, pardoned 165 detained youth in the spirit of the month.

Ramadan Mubarak to all our Muslim readers!