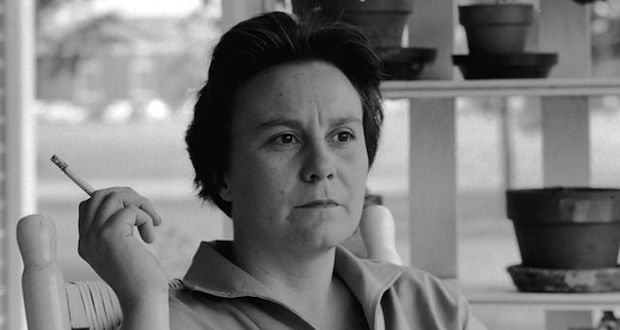 The literary world is gushing over the news that Pulitzer Prize winner Harper Lee is releasing a sequel to To Kill A Mockingbird. Written in the 1950s and set in the â€™30s, To Kill A Mockingbird might feel like a novel from the past, but how much has really changed since the time Lee wrote her book, asks RAâ€™EESA PATHER.

Many of us remember To Kill A Mockingbird as that novel we were forced to read in high school. It remains an unforgettable set-work â€“ a novel that was forced onto us, but helped shape our adolescent understanding of the world we would have as adults. In 2006, it even topped a librariansâ€™ list of must-reads, outranking the Bible.

To Kill A Mockingbird has been canonised as an American classic, but despite being set over 80 years ago, the novel is still as relevant today as it was when it was first published in 1960. After all, #BlackLivesMatter.

The novelâ€™s protagonist and narrator, Scout Finch, begins to tell the story when she is 6 years old. Her father, lawyer Atticus Finch, agrees to defend a black man, Tom Robinson, who is accused of raping a white woman, Mayella Ewell.

â€œAtticus had used every tool available to free men to save Tom Robinson, but in the secret courts of menâ€™s hearts Atticus had no case. Tom was a dead man the minute Mayella Ewell opened her mouth and screamed.â€

In the Jim Crow-loving Deep South, Robinson doesnâ€™t stand a chance, even though he is innocent. But the dangerous reality is that even in 2015, Tom Robinson would still be assumed guilty because of the colour of his skin.

By now, we all know about 17-year-old Trayvon Martin who was shot and killed by a white community-watch member. We have seen and heard Eric Garner gasping for breath, as white policemen restrained him in an illegal chokehold, ultimately killing him. What separates these victims from Tom Robinson?

When Eric Garner stood up to police, accusing them of racially profiling him and harassing him, he was silenced. Like Garner, Robinson dies trying to escape imprisonment because he was â€œtired of white menâ€™s chances and preferred to take his ownâ€.

The #BlackLivesMatter protests rolled through Ferguson, Missouri after 18-year-old Michael Brown was gunned down by a white police officer. These protests, and other black-led resistance movements are perhaps the singular most powerful difference between the days of To Kill A Mockingbird and where we are now.

In the 1960s Civil Rights Movement demonstrations erupted in the US, but in the 1930s black America had yet to rise up. To Kill A Mockingbird in itself, marginalises Tom Robinson â€“ who hardly speaks in the novel â€“ and focuses instead on his white lawyer, Atticus Finch.

Itâ€™s unlikely that Leeâ€™s new novel, Go Set a Watchman, will depart from this view in its exploration of US racial tension from the perspective of a now grown-up Scout, who returns to Alabama to visit her father.

Despite this, if the book is anything like its predecessor, it will still evoke a reaction from us all.