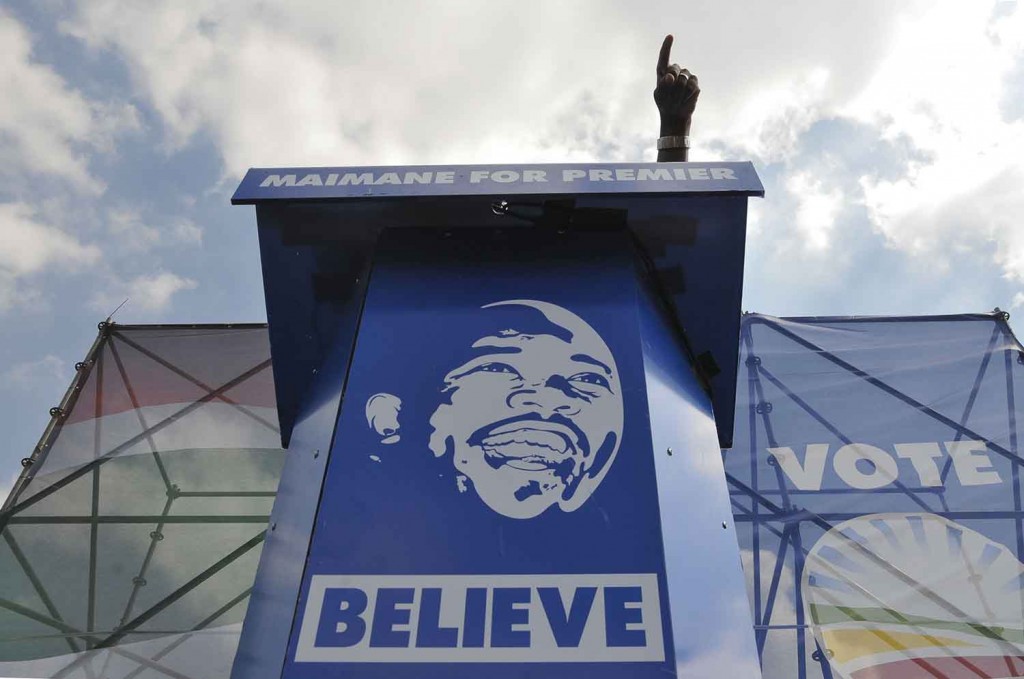 When Ronnie Kasrils and Nosizwe Madlala-Routledge launched their â€œVote Noâ€ campaign, I was a little startled to see how many people responded positively to it, writes LISA GOLDEN

To me, spoiling a vote in a country where we fought so hard for the opportunity to do so seems a bit counter-intuitive. A rather academic, philosophical statement rather than a concrete solution to anything.

Honestly, if old JZâ€™s feathers weren’t even ruffled by the Nkandla report, do you think his party is going to give two hoots about what percentage of South Africans spoil their vote in protest?

Itâ€™s easy to throw in some sexy quotes from Mandela around to evoke emotional pride in South Africa. It creates the illusion that we have some divine preordained future of wonderfulness ahead of us; a blessed life made possible by the sacrifice of a saint. But the problem with that is it takes the power out of our hands and absolves us from responsibility.

How, in our much praised, globally-revered, Hollywood-isedâ€œdemocracyâ€ have we come to a situation twenty years in where the youth are talking about their lack of options and potentially spoiling their ballots?

It would be foolish to say the younger demographic that is now voting are â€œborn-freeâ€. Weâ€™re not. We were actually born-burdened. Burdened with the very hard work of making a country function while those who should be leading us stick their heads in the sand because theyâ€™ve a bit gatvol of the whole situation and just want to park off in their awesome mansions. While we quietly enquire every five years what theyâ€™re going to do about high levels of unemployment, there’s an endless merry-go-round of corruption, record-breaking levels of sexual violence against women and children â€“ and, you know, it would be nice if all our children could have access to some decent education.

As much as the DA, EFF, short-lived Agang and other opposition parties make us collectively face-palm as a nation sometimes, we are inherently lucky that they are allowed to do so. As much as they can drive us mad with their childish bickering, at least a large part of their jobs as opposition is to catch out the ANC when they have their hands in the cookie jar.

We have to function as a democracy for now. Countries across the globe are learning the hard way that democracy isn’t the doe-eyed protector of individual liberty that we thought her to be. But weâ€™re stuck with her for now, so letâ€™s try make it work.

Go vote. Even if there aren’t any palatable options. Even if voting for the DA and the EFF makes your teeth hurt but you do it so we have some semblance of opposition to keep the powers that be accountable. Even if you vote ANC because they are the only viable option and you still believe they can steer the ship ahead if we all get behind them.

Donâ€™t let any party have power because of pure apathy or some illusion that spoiling your ballot will be a form of protest that will have any notable response beyond a few op-eds in the Mail&Guardian.

Lisa Golden is a patriotic Jo’burger currently working in Doha for Al Jazeera English. She hates writing bios for herself in the third person, rather follow her @lisajozi