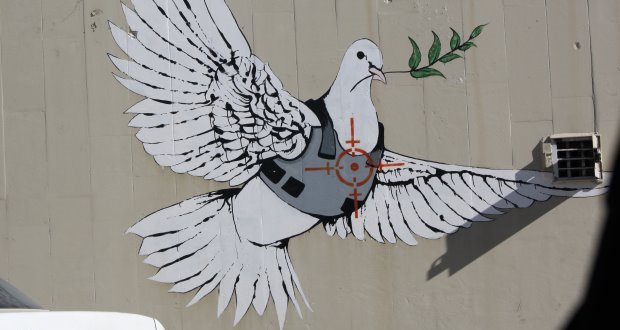 Israeli Apartheid Week is underway and the argument of whether Israel is an apartheid state or not is a hot topic. TOKELO NHLAPO, a 26-year-old social activist, told Lizeka Maduna whyÂ he believes that the apartheid analogy is appropriate in a case of Israelâ€™s treatment of Palestine. As an activist, I try by all means to get involved in social activism that advocates for the dignity of people hence in this regard, one doesnâ€™t want to be silent knowing that the Palestinians are under illegal occupation and repression by Israel.Â Given South Africaâ€™s history, Palestine matters because there are many similarities between us and what is currently happening there.

At this point, getting into a debate of why we should talk about Palestine meanwhile we could be discussing other issues such as the poverty isnâ€™t fundamental. The issues are equally important and should be equally tackled. One canâ€™t really question why we are talking about Palestine.

Our conviction as activists on the ground is that we must return a potent gift of international solidarity to the people of Palestine, as we are the beneficiaries as South Africa. We should all care because all humanity is connected; nothing happens in Palestine is isolated from what happens for instance in Lebanon and America.

The conflict in Palestine is the matter of an illegal colonial settlement. The Jewish want to build an exclusive Jewish identity at the expense of Palestinians who are now refugees in different camps around the Middle East. Religion might be influencing the whole situation in Palestine because Islam is questioned everywhere around the world. But in this case, the driving force is the Jewish identity at the exclusion of others.

If Israel should exist, it should be on the principles of freedom, equality and justice for everyone regardless of their origin, religion or sexuality. People must be able to live. If the identity of Jewishness should be at the expense of other people then that is problematic because itâ€™s oppression.

What is happening in Palestine is apartheid, although [the] apartheid analogy is offensive to black people because of what we went through. We compare the matter of Palestine to apartheid because we identify it as apartheid. Forced removal of people and demolishing of their homes and killing of people are the things we can relate to as it happened in South Africa and it is blatant oppression.

As South Africans, we should pick every opportunity that we get to declare solidarity with oppressed people of the world. With every fibre in our bodies, we should always advocate for freedom, equality and justice.

As told to Lizeka Maduna,Â edited for brevity and clarity.

This is part of a special series called Apartheid 2.0, which The Daily Vox is running this month in partnership with Aj Jazeeraâ€™s Palestine Remix.