Home Fascination Tonightâ€™s Supermoon is going to be really cool, if we get to...
WhatsApp
Facebook
Twitter
Email
Print 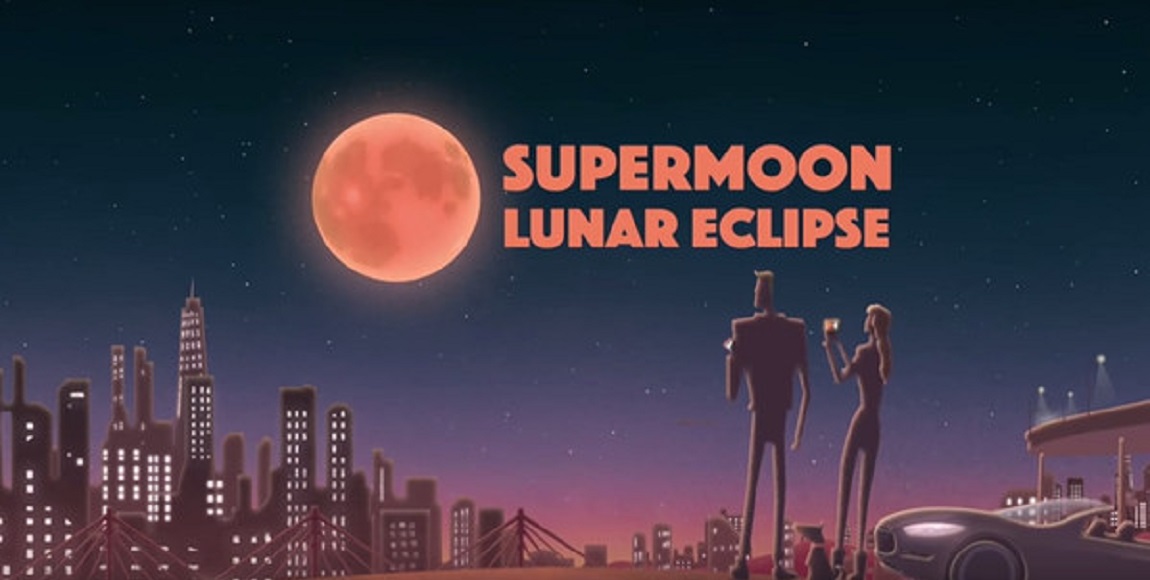 The night of the 31st of January is going to be a very interesting one: A Super Blue Moon is going to rise over the country. This is a once in 152 years event in which the moon is going to appear 30% bigger and 14% brighter than normal. The moon will be a bright orange colour due to a full lunar eclipse.

A lunar trio will be visible in the sky tomorrow before dawn:
ðŸŒ•Supermoon â€“ When the Moon is at/near its closest point to Earth
ðŸ”µBlue Moon â€“ The 2nd full moon in a month
ðŸ”´Blood Moon â€“ The red tint Earthâ€™s shadow casts on the Moon during a lunar eclipsehttps://t.co/4XHqTsdR9Q pic.twitter.com/CxH1AlcQ5x

According to the Astronomical Society of South Africa, this is what is going to happen tonight. Firstly, there is going to be a full moon, which is when it is fully illuminated by the sun, as seen from earth. This happens more or less every 29.53 days. It is possible to have two full moons within a calendar month, and when that happens it is known as a Blue Moon.

During January 2018, there was a full moon on the 2nd, and tonight there will be another one, which is why the full moon on the 31st is going to be known as the blue moon. The society explains that the distance between the earth and the moon is constantly changing, and that the point in the celestial orbit in which the moon is nearest to the earth is known as the perigee. When a full moon coincides with the time of the perigee, that phase is known as a super moon.

The society says that in 2018, two lunar eclipses are supposed to happen. Besides the one happening tonight, there will be another on 27 July.

However, while the January 31st full moon will be a blue moon, super moon and blood moon, unfortunately for us here in the southern tip of the African continent, we will only be able to see the super blue moon.

The weather forecast for tonight is not good news with cloudy skies predicted for Johannesburg. Cape Town is also going to be pretty cloudy tonight, with a 94% cloud cover at around 20:00.

If you find yourself looking at a cloudy sky and unable to see anything, donâ€™t fret. Check out the Virtual Telescope project which is going to be providing a livestream of the supermoonâ€™s eclipse over Romeâ€™s skyline.

Also if youâ€™re wondering how to get that perfect photo of the moon for your Instagram feed, Quartz has some advice.Â  The perfect way to photograph the supermoon is to â€œtap on the moon on the screen and hold your finger in place to lock the cameraâ€™s focus. Then adjust the exposure slider that appears next to your finger to get the right balance of light for your shot.â€

If you want to check out the perfect time to see the moon, you can find that out here. This interactive map will also tell you whether the lunar eclipse will be visible in your area. (Spoiler alert: it wonâ€™t be visible in SA)

If youâ€™re in the Johannesburg area, you can head over to Constitutional Hill in Braamfontein to watch the Super Blue Moon rise of the city. But again, there might be a cloud problem…