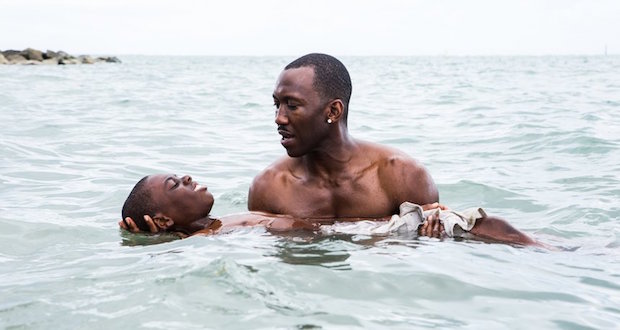 It’s 2016 and gender-based violence remains a norm we live with, despite campaigns such as 16 Days of Activism. This, which is inextricably linked to queerphobic violence, is predominantly perpetrated by people like me – cisgendered, heterosexual men. So what is it that makes us so broken? If at this point you feel inclined to chime in with “But it’s not all men,” please take a seat and indulge me for a bit – dialogue is never a bad thing.

The violence meted out regularly on women and queer people is not neutral. It’s easily understood that homophobic and transphobic violence are based on personal bigotry. But another dynamic at play is that it’s a display of dominance onto other people – it’s about exerting power and enforcing a perceived hierarchy. This kind of masculinity plays itself out in almost every sphere of life. This normalised narrative of “manhood” is what’s referred to as “toxic masculinity”. According to this narrative, to be a real man is to be dominant, powerful, unemotional, rational, entitled to respect and sex-obsessed. But on top of that, this masculinity is always cast as the opposite of anything deemed feminine or queer – in fact anything related to these identities is pretty much interpreted as an insult to those who have internalised this masculinity.

One of the great ironies of toxic masculinity is that it behaves and reacts in a manner that’s similar to a cornered animal when confronted. Hit it with the trials of daily life and the plight of others, and its go-to response is to “suck it up” and deal with things coolly and “rationally”. But do something that – even inadvertently – calls into question an aspect of its masculinity, and immediately its response is to become defensive, react violently, dismiss the matter/person or interpret the situation as a personal attack. So despite this masculinity presenting itself as an assertive force of control, dominance and invulnerability – it’s really quite a fragile thing. Unfortunately, most men have grown up so saturated in this understanding of masculinity that it’s completely normal for us. So much of our identity is invested in it that we find it very difficult to conceive of our value, as men, outside of it. Because according to toxic masculinity, and those who enforce it, to stray from it is to be a weak or “lesser” man.

This alone, is deeply sad, but the problem goes further: toxic masculinity, while harming others, is also entirely harmful to men themselves. Toxic masculinity casts a vision of a human who is not allowed to feel, must bear the brunt of all their problems alone, is unable to express emotion and must at all times conform to a very narrow ideal of what it is to be human. It’s very limiting – and this kind of existential repression can lead to serious mental health issues.

The other resounding dynamic is that, besides those who just don’t want to conform to such a narrow ideal of manhood, it creates expectations which are biased towards the historically advantaged.

How, for example, do men of colour who are coming from a legacy of inequality live up to the standards of being a “powerful man”, in a society where wealth is equated with power and worth? If someone feels entitled to power by virtue of their gender, yet does not see this playing out in their experiences, there’s a mismatch of expectation and reality that often leads to men enforcing their sense of entitlement onto others. The concern for the violence that toxic masculinity perpetuates is easier to sideline and blame on others than to take responsibility for – because, “not all men”, are complicit in the problem, right? We definitely all are, but I think it’s important to realise that there’s absolutely nothing inherent about being a man that requires us to accept toxic masculinity. Most, if not all, of it is socially conditioned and bought into by us – usually reinforced through outdated and misinterpreted cultural and religious norms and perpetuated by media. We learn and replicate it in our daily lives and pass on this broken narrative of men onto others. But this also means that it can be unlearned. This, of course, is easier said than done. It involves realising and acknowledging the harm we’ve committed and continue to be complicit in, learning to perceive the blindspots of how our behaviour affects others, unpacking where the toxicity stems from and, finally, being brave enough to imagine ourselves as whole without relying on unjust and entitled ways. It’s a continual process, and no one is going to congratulate you for it – because, honestly, you definitely don’t deserve to be praised for being less fucky to people. Every breakthrough, however, is liberating and the prospect of being more wholly human is a reward in itself.

The other competing factor is that pushing against any societal norm results in push-back from those who buy into it. At the end of the day, those who stray too far away from toxic masculine norms tend to be stigmatised or shamed for it. But this, too, is changing in smaller circles – and the dialogue about reimagining masculinity is already underway.

So, when it comes down to it, are we as men really “man enough” to unpack our masculinity, the toxicity of it and retrace the trauma that’s responsible for us perpetuating violent ways?

It’s a difficult task, but it’s about time we truly do “man up” – at least to the point where we’re able to reimagine what exactly such terms even mean.