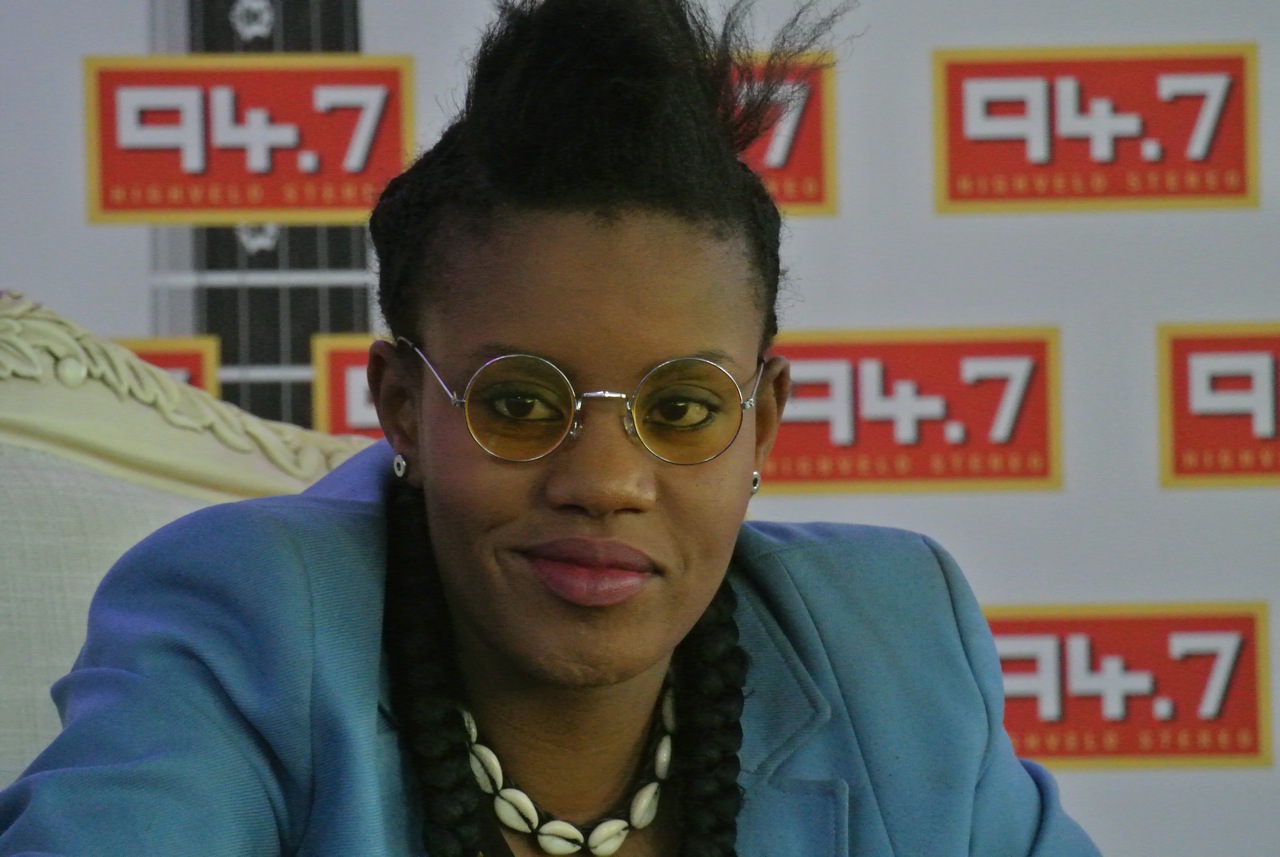 Pop star Toya Delazy has been hit with heavy criticism from some Zulu men on Twitter over the past few days, after she posted a picture of herself in ibheshu, traditional Zulu regalia most often worn by men. She was attending her grandfather Prince Mangosuthu Buthelezi’s 90th birthday celebration. Toya Delazy came under attack, with one tweep calling her a disgrace to the Zulu culture and went as far as threatening to destroy her. She spoke to the Daily Vox about the incident and her experiences as a queer Zulu woman.

I posted a picture on social media of myself at home with my entire family, where we were celebrating my grandfather’s 90th birthday. I’ve always wanted to be comfortable and feel myself, especially when I’m celebrating my heritage, so I made a traditional regalia which I felt represented me best.

The picture I posted was captioned “If there’s any man in this kingdom and beyond that has a problem with me shifting the status quo-let’s meet barehanded.” It wasn’t even to provoke but to thank my family for allowing me to be myself and embracing me. Someone on Twitter took it really bad and started insulting my grandfather, saying it shows that he didn’t instil any “respect” in me.

He started saying very negative things, basically questioning my upbringing and my grandfather’s values. This was all provoked by the way I was dressed and was myself. And this to me, was completely unacceptable and fell into the same category as racism and sexism.

The incident went as far as being threatened. He threatened to destroy me. He said he would write an article, basically threatening to poison people’s perceptions of me. It all escalated too fast and went too deep, all from a man that I don’t even know. This made me realise how much other children suffer out there.

If my grandfather or anyone in my family wanted to make my life difficult, it would be very easy for them to by denying me my entire existence, but no, they are not. What this man and other homophobes are doing is denying other people their individuality. I got attacked on Twitter and I was lucky it’s just Twitter, other people die.

This whole incident showed me that there’s still a huge misconception over other people’s sexual orientation. What I don’t understand though is how anyone can have authority over another’s sexuality because this is something quite personal. It’s something that we don’t share, it’s exactly like a belief system where each has their own. This also shows how ignorant our community is.

Culturally I’ve never felt the need to announce anything to anyone about myself. I’ve always been myself and there’s nothing to talk about. My family has always embraced me although I’ve had a fair share of homophobic incidents from other people.

There were those people who have tried to use it against me but my family have always protected me. This has shown me that as far as culture is concerned, some people are not educated enough and some are blatant ignorant. In our community (the LGBTI community) when we get hurt we usually keep it to ourselves because there’s already a stigma, that’s why I ensured that I ask for help immediately after this and took it to Twitter so that people will know.

Naming and shaming was one of the options and I did just that so that media houses in South Africa will know what kind of a backward thinking misogynist and homophobe he is. We need to call out any kind of discrimination including racism and sexism. This is 2018 and we can’t have people being wilfully ignorant. This guy is educated but he accepted education partially. He has a slavemaster mind and believes that a woman should be an object. He doesn’t see the bigger picture.

I wish everyone out there knew that homophobia, racism and sexism are crimes. These are new age crimes that we shouldn’t turn a blind eye to. As soon as it happens, let’s all come forward.