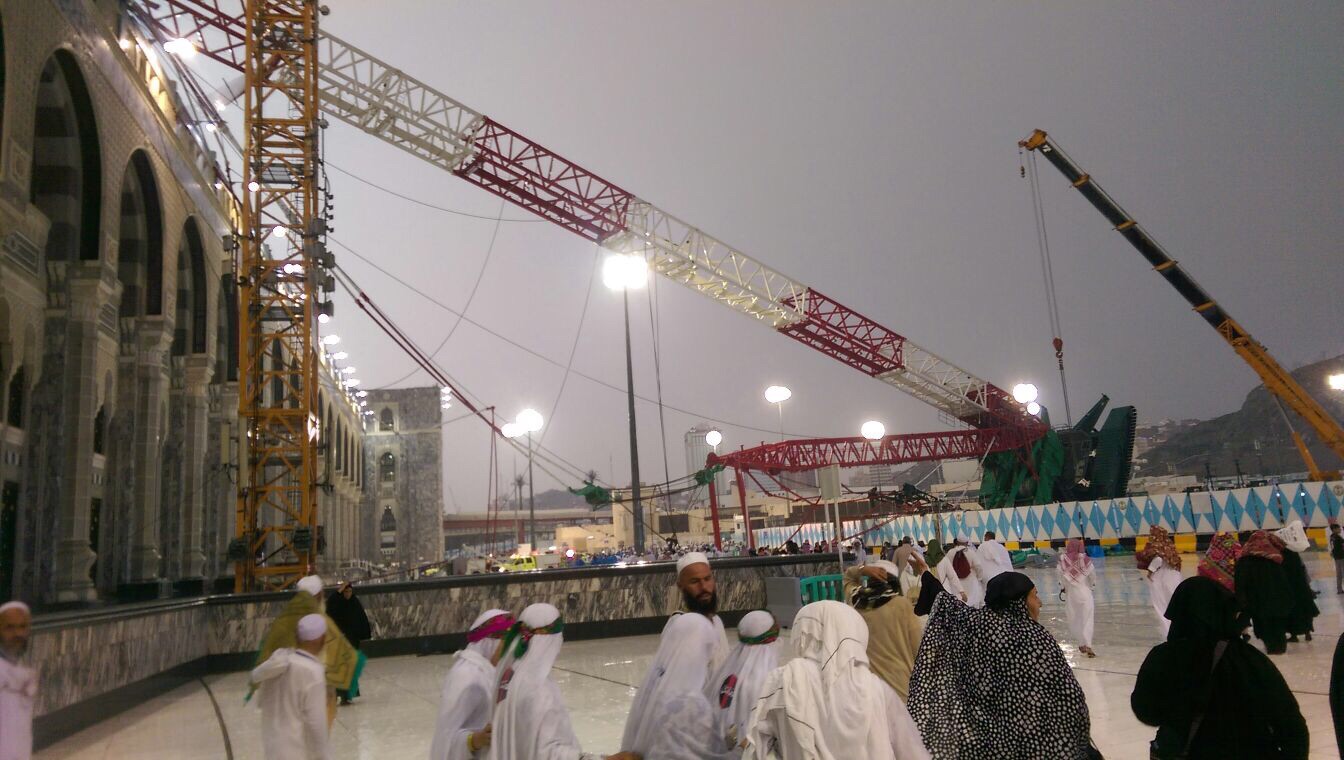 At least 107 people have been killed and 238 more have been injured when a construction crane fell onto the Holy Mosque in Makkah on Friday.

The Saudi English daily Arab News, quotes aÂ Sheikh Abdul Raheem, who said, Â â€œThere was a huge sandstorm followed by thunder, lightning and then heavy downpour.We went inside the new [extension of the mosque], and suddenly lightning struck one of the cranes,â€ he said, recalling thatÂ debris fell only a few meters from him.

The huge metal pieces of the crane that caused all the damage/death #Makkah pic.twitter.com/sS7c6VeWUC

An investigation has been ordered by the the governor of the Makkah region, Prince Khaled al-Faisal.