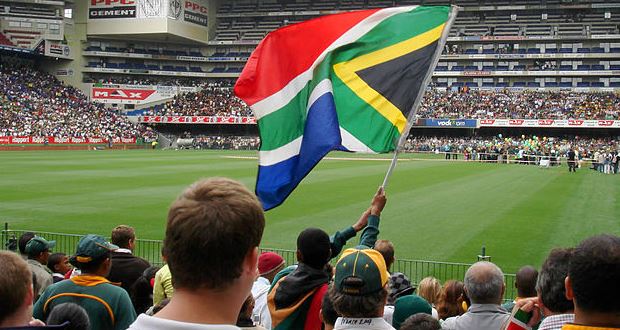 Another year and the same battle continues. Transformation. Some think it’s a waste of time, others think it’s “reverse racism”. Others still, like Afriforum and Solidarity, want to go to court to have sporting quotas declared illegal. ALICIA PILLAY-WAGIET explains what the actual transformation goals of SA’s sporting codes are.

What are the targets?

The transformation objective for the federations set by theÂ government is the 60% generic black African target. That means that 60% of the makeup of any team needs to be non-white. The federations all signed a memorandum last year stating they would adhere to the above transformation requirements.

None of the sports bodies have made the target, according to Mbalula. So where have some of this country’s sports federations failed in regards to transformation?

CSA have always prided themselves on being one of the most transformed unions. In order to ensure that players of colour make it to the international ranks, they partnered with the Basic Education Department, Sport and Recreation and the Gauteng Cricket Board.

The cricket body is looking particularly at school sport in a bid to make sure that black players make it into the national teams.

CSA implemented another quota at the start of the 2015/2016 domestic cricket season where all teams had to field 6 players of colour in their starting XI. Three of those players had to be African black players. This rule was adhered to in domestic matches, but is not transferring over the national side quickly enough for Mbalula, who wants at least 6 players of colour in the Proteas starting line-up.

The system to deal with transformation at CSA is in place, but it just needs to be given time. But how much time exactly? Hopefully too by the 2019 world cup, the transformation targets set will also have been reached and an all inclusive, majority non-white Proteas team will represent us and win it.

Out of all the sporting codes, this one has probably been in the limelight the most.Â Saru set themselves a target where they would increase black participation to 50% by 2019. It’s not hard to see that they have fallen well short of this, which is why the issue rages on in the sport.

One way the union could improve in this area will be with the help of new coach, Allister Coetzee. Out of all South African rugby coaches, Coetzee has the best resumÃ© when it comes to transformation – his Stormers and Western Province sides have been well balanced over the past few years. He will be key in ensuring more players of colour present the national team.

The 50% target means that by the time Coetzee takes the team to the Rugby World Cup in Japan, half the team must be black.

In last yearâ€™s World Cup semi-final against New Zealand, the Boks only fielded three players of colour in the starting line-up. Only one of them, Tendai “Beast” Mtawarira, was African black. The other two players who are considered to be black were JP Pietersen and Bryan Habana.

On 28 May, Coetzee named his first Bok squad, which seems to be meeting transformation targets so far. Twelve out of 31 players are categorised as black, with eight being African black players.

They had initially implemented a 5/2 ratio on the court at all times, but it could be five black players and two white players and, strangely enough, vice versa. Doesn’t sound particularly transformative, does it?

In 2007, NSA also opted to award points to teams who fulfilled their transformation duties, rather than docking points. The board has also come under fire for not being transformed enough. However, according to them, this is due to resignations and retirements.

Alicia Pillay-Wagiet is a multimedia journalist, with experience in broadcast, online and social media, specialising in sports reporting. She loves allÂ sport, but is especially passionate about soccer, rugby and golf.