Home As Told to Being transgender in SA: “People have identified me as different and I’ve...
WhatsApp
Facebook
Twitter
Email
Print 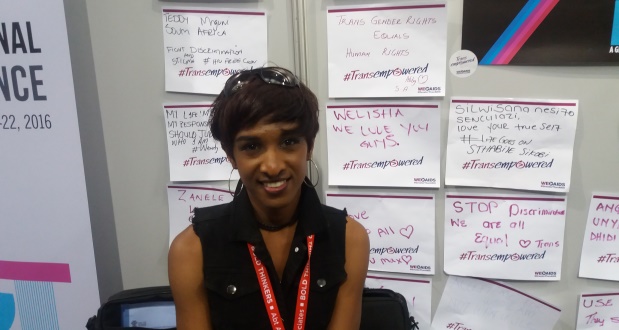 ZANNA CHETTY, a 24-year-old transgender woman from Durban has faced many prejudices as a result of her orientation, from sexual abuse to being ostracised from her family. She told The Daily Vox about her experiences and why she’s starting the Trans Rights Awareness Movement.

Growing up as a transgender woman has been a struggle. I’ve been misidentified frequently and a lot of people find me to be a feminine gay or a cross-dresser rather than trans-identified. There’s an issue with awareness about transgender, and I think that’s one of the reasons my family was not accepting. I’ve lost a lot of my family members because they believe that I am not part of the Christian following.

The loss has affected me emotionally and psychologically. In terms of family support, I’m almost non-existent to those who don’t accept me. It’s also damaged a few of my relationships because my family is quite religious. I still tend to isolate myself.

This has been one of the greatest challenges that I face, living in the community that I do. People have identified me as different and I’ve been sexually abused.

When I was sexually abused and I came out with the story, the people who had actually sexually abused me just spent a weekend in jail and came out on R500 bail. They were people from within the area. The justice system did not serve me justice because these people came out from jail and then they victimised me. I became a school joke; the story broke out at school and people said that I enjoyed it, which is bull.

People said things like, ‘He deserves it. He wanted it because this is the way he carries himself. He acts like a woman so he should be treated like a woman.’ That’s the type of homophobia that I experienced and it ruined my school career so bad that I was almost trying to kill myself every week.

It then escalated that when I got to high school and I got gang raped, I didn’t talk about it through the rest of my school career and nobody knew. I told myself that if I come out, what these people are going to do me worse than what they did to me when I was in primary school. I was nine years old when I came out with my story; when I was sexually abused.

I am creating an organisation in Durban to make people aware of transgender people. To show our presence and that we should be first counted as human beings before anything else.

I’m going through all those forms of abuse and violence but I am standing strong in my identity and saying that I am a woman; regardless of the box you want to place me in. I may appear as male physically but I am a woman, and I strongly believe that. If people can’t understand that I am a woman in a man’s body then I’m sorry, there’s no hope for you. I am a human, so treat me as a human.

I’ve got people outside the conference venue, in this conference venue looking at me like I’m something else because they do not understand who I am. You take one look at me and you judge me, but you don’t know my story and you don’t know who I am. The moment you see me, you judge me based on what is happening in my bedroom. What happens in my bedroom is not your problem. Like people see me today, I’m dressed in short shorts, a crop top and something lacy with my heels. The moment people see me, they see me as a sex worker. I work hard for my body, I gym, I run, I’ve got a body and I will show it.

I hope that with this conference people understand that Aids is a global issue. It’s affecting straight people and non-straight people. It’s not just affecting people in the LGBTQI community. You need to stop segregating everyone into these little clusters and come together as a forum and do this together, because it’s everyone’s voices.