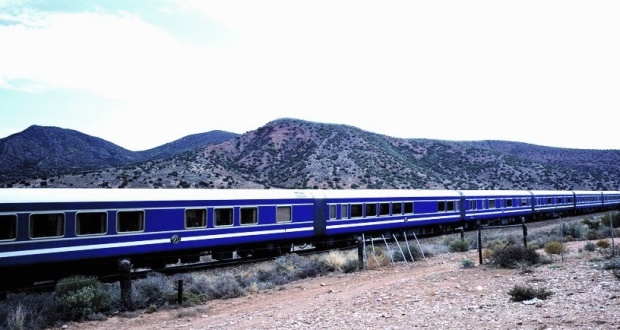 Transnet won a bidding contract to supply train coaches worth millions to Botswana Railways. But the trains have experienced technical glitches already, and a journalist who investigated the deal was arrested by the Botswana government. MBALI ZWANE reports. Freelance journalist Sonny Serite was arrested on March 17 by the Directorate of Intelligence and Security Services (DISS), Botswanaâ€™s intelligence agency on suspicion of receiving a file from a source that works in the office of the president.

â€œI was going to help my friend, Abueng Sebola, jumpstart his car before we were arrested. Unfortunately he came to me holding an envelope that apparently had documents from the presidentâ€™s office,â€ said Serite. The pair was arrested by security agents and placed in a holding cell before being transferred to prison for four days despite Sebola telling the agents that Serite knew nothing of the contents of the envelope.

Serite was denied bail by a Gaborone Extension II magistrate a day after his arrest. Court documents claim that on March 17, near the office of the President, Serite received an official file from Abueng Sebola, a records officer in the office of the President, knowing that it was illegal. Serite was charged with possession of stolen property and released on P5000 (roughly R7,000).

State-run Transnet transported the first batch of 22 passenger coaches to Botswana Railways in March after it won the contract worth R250m. According to Transnet, it won the contract after a public and competitive bidding process in which it shone on technological innovation, delivery schedule, and pricing. The coaches, engineered and manufactured to the exact specifications at Transnetâ€™s facilities in Koedoespoort and Salt River, Cape Town, include roof-mounted air conditioners, first class sleeper designs, WiFi technology and entertainment systems.

However, The Voice in Botswana reported on March 24 that scores of travellers from Francistown were stranded when the new train failed to leave on time due to technical faults.Â Serite said the train failed to take off on the first day of launch because of technical glitches, including malfunctioning aircons and no lights and running water. When asked about this, Transnet said they couldn’t comment on the performance of the coaches as this is handled by Botswana Railways, in line with their contractual obligations and normal customer relationship management.

Although Serite was arrested for allegedly receiving the files, he believes his arrest was motivated by the story he wrote about the Botswana Railways corruption. â€œAfter writing the Botswana Railways story, I was put under surveillance because they wanted to know my sources,â€ said the journalist. SeriteÂ is still reporting on the matter despite what has happened. On April 4, heÂ reported in The Sunday Standard that an unnamed middleman was hired to broker the entire deal between Transnet and Botswana Railways. He also reported that Transnet’s revenue from cross-border activities had increased significantly as a result of the transaction.