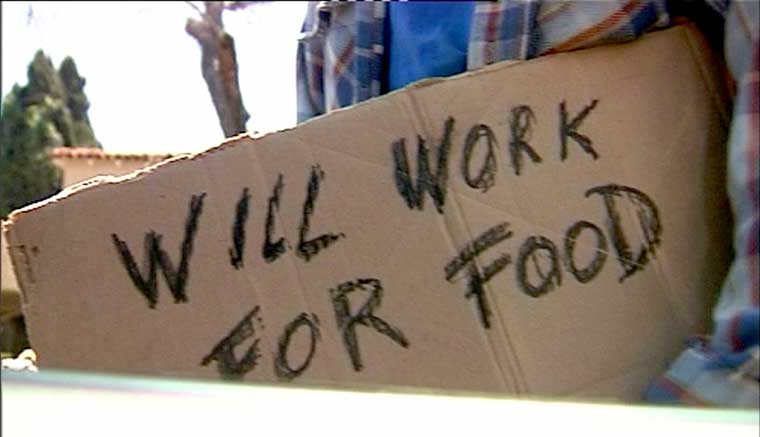 In their recent Ayisafane advertisement, the Democratic Alliance posed a question to South Africaâ€™s Number One: â€œWhere are the jobs, President Zuma?â€.

Meanwhile, President Zuma has been on the streets of South Africa, standing steadfast in his promise of jobs while doling out cash to voters. The election campaign trains are motoring closer to 7 May, but many South Africans are still stuck in transit, waiting for employment. Job creation has now become a political entity, leaving those unemployed to search in vain on the sidewalks of poverty.

The foot-traffic outside the UIF building in the Cape Town CBD is ceaseless. Pedestrians constantly walked by, many of them to enter the building itself. I visited the centre to speak to unemployed Capetonians and hear their response to the countryâ€™s job crisis.

And what a crisis it is.

According to Statistics South Africa, the unemployment rate in 1994 was 20%, whereas it now sits at 24.1%. We are on the cusp of celebrating 20 years of freedom, but many are still shackled under corrugated roofs where the road to freedom is barred. When I asked job seekers why their search for jobs failed, their puzzled response was â€œI donâ€™t knowâ€. They were lost.

Many avenues of blame have been mapped out, with people trying to negotiate their way through foreigners (leading to xenophobia), an ineffective education system, and disappointment in broken government promises. The Economist claims that South Africa has transitioned into a welfare state, but what are people to do when food prices skyrocket, their job applications are met with silence, and loan applications for start-ups and entrepreneurial ventures are difficult to obtain? These are the potholes on the road to our job market, and many have been injured in their attempts to reach their destination.

Employment is not just a statistic, and it is not simply a tool to gauge the economic prosperity of a national economy. The jobless have bigger concerns than the fact that Nigeria has overtaken South Africaâ€™s economy, and they have more on their plate than the politicians feeding them only dreams. There are people who choose not to look for jobs, and instead spend their days loitering around parking lots and street corners. Those who do search have no idea where they will end up

Job creation should be more than a political promise.

Phrases such as â€œcost of livingâ€ enter conversations daily, but when you really think about it, these phrases are a dangerous reflection of a society in need. Food costs money, and therefore the cost of living is more literal than the manner in which it is casually used. Living has become expensive, and the parties campaigning away in their motorcades know it.

Yet still, the jobless wait.