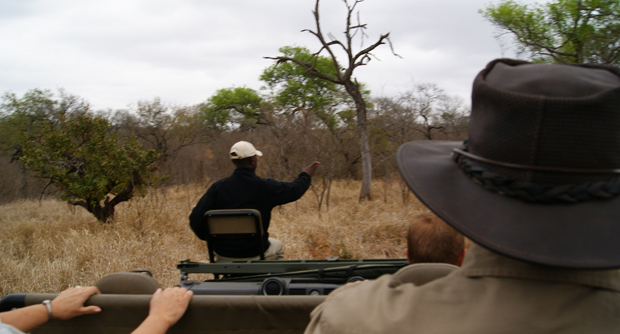 Crime may be one of the biggest concerns for tourists visiting South Africa,Â but with foreigners happily frolicking about in our game parksÂ and on our hiking trails â€“ only for some of them to come to a sticky end â€“ RAâ€™EESA PATHER offers three handy pieces of advice to help all of us make it out of our encounters with nature alive.

1. If youâ€™re driving in a lionâ€™s den, keep your windows closed
Real lions arenâ€™t like Simba from The Lion King. They are hungry, carnivorousÂ creatures, and if you give them the opportunity, their bite might live up to theirÂ roar.

On Monday, a lioness attacked a US tourist in a car at the Lion Park inÂ Johannesburg, Gauteng. Park officials say they have strict signs warning visitorsÂ to keep their windows up, but the woman and her tour guide reportedly hadÂ their windows down, and a lioness, seeing the invitation, lunged into the car,Â killing the woman and injuring the tour guide who tried to save her.

Yes, lions are majestic animals, and you should definitely come see them. WhenÂ you do, remember to follow the rules. And be warned: South Africans can be a rather tough crowd when it comes to common sense andÂ wildlife.

2. The more the merrier when hikingÂ

Venturing out alone for me-time can be a great experience. But donâ€™t do it on the mountain. Cape Townâ€™s Table Mountain may be one of the new seven wonders of the world, but the great big rock can shake any hikers who donâ€™t follow the guide books off its cliff.

In October 2014, the body of a Japanese tourist was found on the mountain after he had reportedly fallen 30m. The 23-year-old had hiked alone the previous night, straying from the trail. The weather had been misty on the night he hiked, and because of poor visibility, the search and rescue teams had had to suspend their operation at one point.

At the time, South Africa National Parks (SanParks) regional spokesperson Merle Collins told the Cape Argus:Â â€œWe do not advise anybody to walk alone, especially if the weather was like it was.â€ Collins added that even in â€œperfect conditionsâ€ hikers should refrain from walking alone.

According to SanParks, hiking in a group of four is the best way to get to the top. Â The organisation also advisesÂ that hikers stick to the beaten track instead of wandering off course.

Go forth and summit! But check out the rest of the safety tips from SanParksÂ â€“ orÂ the mountains may end up conquering you.

3. Accidents happen in shark cages too
Shark cage diving is generally quite safe, but sometimes thrill-seekers can get aÂ little more adventure than they thought they would. Tourist Byran PlummerÂ captured footage in Gansbaai, in the Western Cape, of a shark ramming its headÂ through a diving cage, getting up close and personal with his Canadian friendsÂ inside the diving vessel.

Another shark cage incident took place last yearÂ when a widow from the US sued shark cage-diving business White SharkÂ Projects, the boat called Shark Team, and the boatâ€™s captain for $2.2-million after theÂ boat capsized in Kleinbaai, killing her husband and a friend.Â Witnesses said that the seas had looked â€œquite roughâ€. A big wave hadÂ overturned the boat during the expedition.

While itâ€™s unlikely that anything out of the ordinary would happen during a shark-cage dive, listening to the safety briefing before the dive is crucial. Itâ€™s alsoÂ important to remain inside the cage at all times â€“ thereâ€™s thrill-seeking and thenÂ thereâ€™s death-seeking. The thrills are much more fun than going head-to-headÂ with a shark. If you have concerns about the weather, let your instructor know.