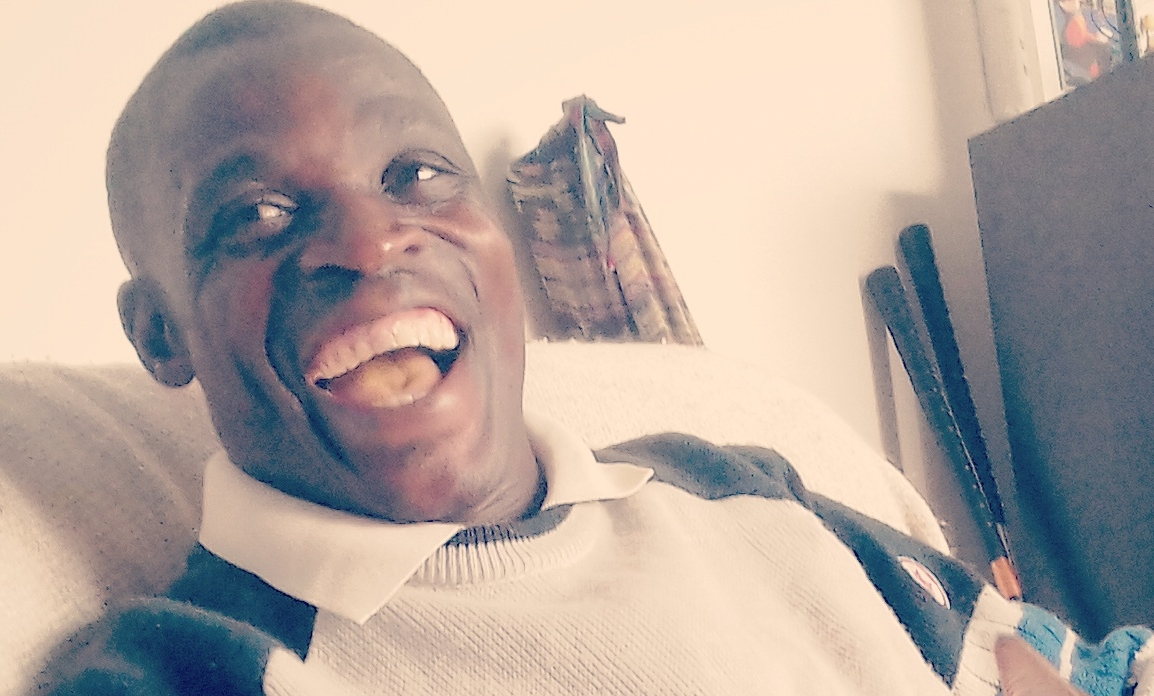 Peter Namwewe â€“ an asylum seeker from Malawi â€“ has had pain throughout his body for almost 10 years. Thinking it was caused by a traffic collision, he went from hospital to hospital, but only recently received a diagnosis: muscular dystrophy, a degenerative, hereditary disease. But the doctors said they canâ€™t help him unless he renews his asylum seeker permit, which expired in 2014. Namwewe canâ€™t renew it because he first applied in Johannesburg.

Following the Department of Home Affairsâ€™ decision to close the Cape Town Refugee Reception Office (CTRRO) in 2014, officials are currently turning asylum seekers away who didnâ€™t make their initial application in Cape Town. GroundUp reported that the reasons are that the high number of applicants are a public nuisance, and that most of them are economic migrants, not genuine asylum seekers.

He told his story to The Daily Vox.

Iâ€™m Peter Namwewe. Iâ€™m from Malawi. I came [to South Africa] first in 2005, and worked in Johannesburg for three years. After that I went to Malawi in a car, a small car. Before Harare, Zimbabwe, we had an accident. The time was just before two oâ€™clock in the morning. My brother was driving. He didnâ€™t know what was going on because there was a truck with broken lights. We rolled twice. That time, Zimbabwe was a big, big, big problem. It was 2007, people were fighting â€¦ I tried to go to hospital, but they didnâ€™t help me. They said I must go back to South Africa, or go back to my country. I was already in Zimbabwe, so I went straight to my country.

That time I was feeling okay. I was very strong that time. I arrived in my country and went to hospital, but the treatment wasnâ€™t hundred percent. So after that, I asked my mother and my father, â€œWhat can I do now?â€ They said, â€œYou have work in Johannesburg, go there.â€ I thought maybe it will be alright any time; maybe the problem is simple. Maybeâ€¦ But I didnâ€™t know what happened to my body.

I came [to South Africa] in 2008, before December, and I felt that there was something wrong with my body. I went to a hospital in Hillbrow, Johannesburg, but they told me, â€œAh, you not sick. Why you come here?â€ I told them about the accident, but they said, â€œNo, you are not sick. Take a Panado.â€ They thought I was just stiff from playing soccer or something.

In 2009, the same story started. Slow, slow, the stiffness came back. I was walking fast but in 2010 I could only walk slow. In 2011, the same story. I went to hospital; again they told me Iâ€™m not sick. That time my papers and passport, everything was nice. After that, I told my brother, â€œIâ€™m going to Cape Town.â€

When I came here, I wondered, â€œWhy are my legs like this? Itâ€™s like I want to jump somewhere.â€ One day in 2014, I went to Home Affairs in Cape Town to renew my permit, they told me, â€œThese papers, theyâ€™re not valid. Youâ€™re supposed to go to Johannesburg.â€ Thatâ€™s why the permit didnâ€™t happen. No stamp. That time I wasnâ€™t working and going to Johannesburg is a lot of money.

I went to a hospital in Cape Town. That hospital, checked me. With machines, injections, what what â€¦ I donâ€™t know. These doctors connected me to computers, so they saw everything. They know what happened to my body, but I didnâ€™t have papers, so they couldnâ€™t do anymore. Now maybe itâ€™s going to be coming alright, because that place (the Legal Resources Centre) helped me with papers. Iâ€™m waiting for 28 March to see what theyâ€™re going to say. I hope they can help me.

At the moment, I donâ€™t have work. Before I was working in butcheries, but my contract finished. I was walking door to door, knocking everywhere, at each and every company. Then I started working for a guy. He gave me R60 a day. Another guy I worked with, I asked him, â€œI donâ€™t know this job, can you teach me?â€ He taught me painting. Every time I was praying to God, â€œMake me okay. My body is not right, give me one job. Maybe itâ€™s going to help me with my life.â€

Then I asked my boss to give me more money. I got a family; I have a mother; I want to help myself. That man put R10. I asked again, because that money is not enough for me. Then he gave me R80 a day. But I continued working. I thought at least Iâ€™ll get experience as a painter. He shouted a lot. Sometimes I asked, â€œWhy are you shouting like this?â€ I thought, â€œHow can I change this man? He must come alright. He doesnâ€™t want to pay people; he only likes himself; he doesnâ€™t care about people.â€ With R80 there was not a lot I could buy. I would get chicken at Shoprite, but sometimes it was finished when I got there. Thatâ€™s why I left that job eventually.

Now Iâ€™m looking for work. Iâ€™ve been putting papers everywhere; Iâ€™m waiting for an answer.
My parents are in Malawi, theyâ€™re also not working. Just planting maize; planting vegetables â€¦ In Malawi, the problem is thereâ€™s no companies, just farms. People are suffering. Most of the population is poor. Getting money is not easy. Itâ€™s not like here in South Africa, where maybe every month people get money. In Malawi, no.

Asylum seekers are legally required to renew their permits every two to six months, but if they donâ€™t have the means to travel to Pretoria, Durban or Musina, they now run the risk of living with expired papers. Scalabrini and Others have applied to appeal this decision, demanding Home Affairs keep the CTRRO open for all applicants, but the court date is still pending.

With the help of the Legal Resources Centre, however, Namwewe showed the doctors a copy of the court papers and documentation stating asylum seekers must be assisted, even if their permits expired. Finally, he received an appointment to discuss his treatment at the end of March.

As told to Christine Hogg. Edited for brevity and clarity.

Christine Hogg is a freelance journalist, photographer and co-founder of The Subverse. Follow her on Twitter @christinebeme.