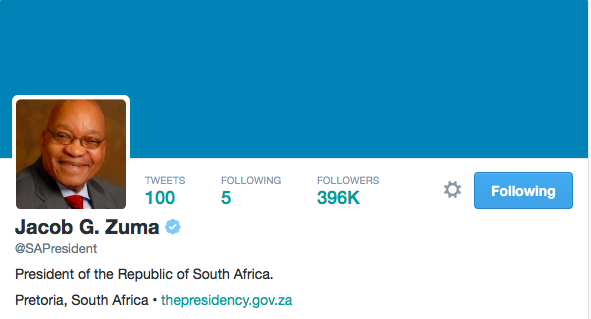 The outrage on Twitter is responsible for Jacob Zuma’s dramatic decision to reshuffle the cabinet, a source within the presidency has said.

In a surprise move, the presidency released a statement saying that Pravin Gordhan would be reinstated into the Finance portfolio, just four days after the president replaced Nhlanhla Nene with DD van Rooyen in the prized position.

“When he says he received many representations asking him to reconsider his decision, he’s talking about his Twitter feed,” the source said.

“I am more scared about our economy than ISIS! #ZumaMustFall” one twitter user said.

The presidency has come under intense pressure from social media users, of all phone-types, over the past four days.

It is understood that Nene was fired for not buying Zuma’s alleged girlfriend a new plane. It is yet unclear if the Gordhan will buy her a new plane.

The latest developments have left activists and campaigners buoyant.

“We know now that we will get him to step down by 2019,” a member of an opposition party said.