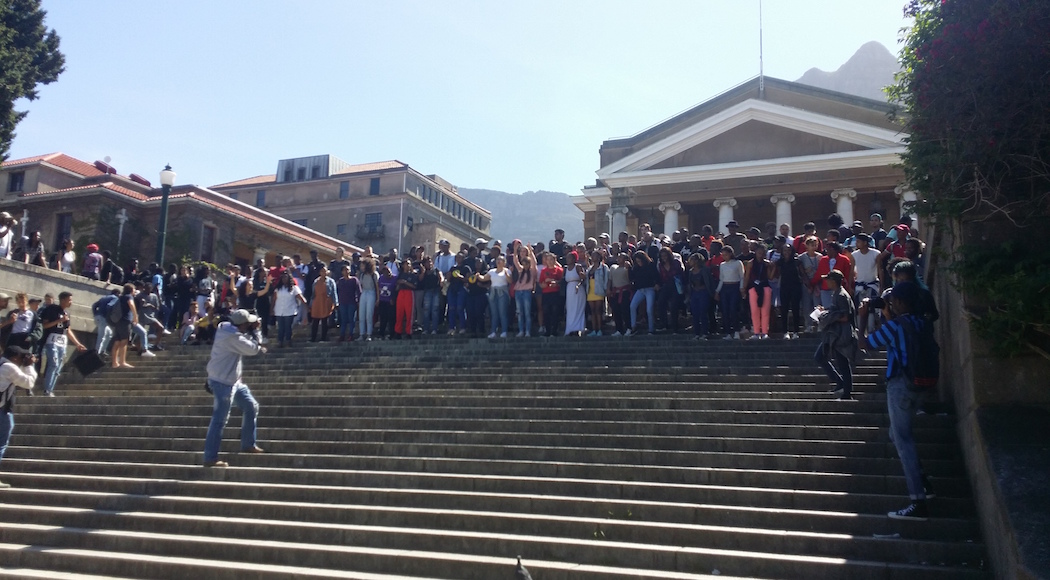 “We asked if Mr Mayosi has a history of depression and they said he didn’t until 2016. That day he was called a coconut. That day he was called a sellout. He just couldn’t deal with. It affected him. That’s not to say that that’s the only thing that pushed him over the edge. But that’s one of the things that contributed.” These were the words of University of Cape Town (UCT) vice chancellor Professor Mamokgethi Phakeng about the suicide of health dean and world-class cardiology researcher Professor Bongani Mayosi on Friday. Two UCT fallists react to Phakeng’s statement.

Unlike the other deans, Professor Mayosi probably had one the best relationships with the black students of the faculty. From sitting in the meetings with management to picketing outside parliament. As is the case with all officials of the institution, students were hesitant and suspicious but that did not take away from the great admiration many of his colleagues, students and the broader university community had for him. He was a progressive black dean in a white, anti-black, anti-poor institution that posed various obstacles; that may have impeded on the Prof actualising his aspirations and convictions. We as black students understood the limitations that come with operating in an institution that is so overtly anti-black.

It is a part of the institutional culture of the school to scapegoat many of its issues – that existed long before the student protests of 2015 – on student protesters, most of whom are black. The interpersonal violence inflicted by these irresponsible comments made by the VC should not serve to distract from the legacy of Prof Mayosi and the great impact that he has clearly left behind in the institution. It would be ideal if we were able to avoid undignifying this tragedy by having to respond or entertain the comments of the VC as it buys into the sensationalising of this entire ordeal.

We should be sending love and healing to the Mayosi family, the black students of the health science faculty and broader UCT community. We should be working towards healing and use this moment to sit down and grapple with this pandemic of depression that we have at this school. Mental health – particularly for black students, staff and workers – has been a topic of discussion since forever yet management has done very little to commit resources that will pragmatically deal with the issues that inform or exacerbate our mental angst. Yet the institution chooses to remain mum on these broader issues that require time commitment and resources. It would rather opt for the easy, shameful route through casting unfounded insensitive aspersions that only seek to make the matter worse for everyone.

I send my condolences to Professor Mayosi’s family and kids. A lot has been happening on social media, everybody’s talking about Professor Mayosi. On Metro FM on Monday morning, the newsreader said the university said the students of Fees Must Fall were responsible for Professor Mayosi’s death. I felt triggered because I was one of the students involved in Fees Must Fall. I felt triggered and very upset at what Professor Phakeng said, I just listened to the voice note that has been circulating on social media. I deactivated my social media to avoid the triggers but I found an article on Vernac News with the voice note. Listening to how affirmative and assertive she sounds saying all of these things and knowing that I was one of those students, this is too much to take. I feel blamed.

I felt like the university handled this matter very irresponsibly without thinking long and hard about how this message could affect students. I might not have said Professor Mayosi was a coconut or a sell-out but I was definitely one of the students involved in FMF and who had protested side by side with Professor Mayosi. I feel very attacked by the VC and I’m sure most of the students feel the same way.

Do they understand the amount of trauma we as students have been facing by the university? Do they think we have not been depressed at being shot at these campuses that we come to to get an education? We are all depressed. It’s so unfortunate that the Professor lost the battle to depression. Students who are suicidal as it is are going through the most. There are students like myself who have lost parents to suicide. I just wish the university had dealt with this with as much sensitivity as it deserved.

For the university to shift the blame and blame students is uncalled for especially since the university has been failing numerously. This Shackville TRC that they’ve been boasting about is very problematic and ableist to those suffering with mental health. I’ve called the VC out on her ableism related to mental illness before, when she was still at Wits. What has the university been doing in the investigations of all those black students that have been passing in this university? All those suicides? When have the investigations been concluded? They are not saying. Now when Professor dies everybody must be truthful when the university did not want to be truthful. I find it very disingenuous.