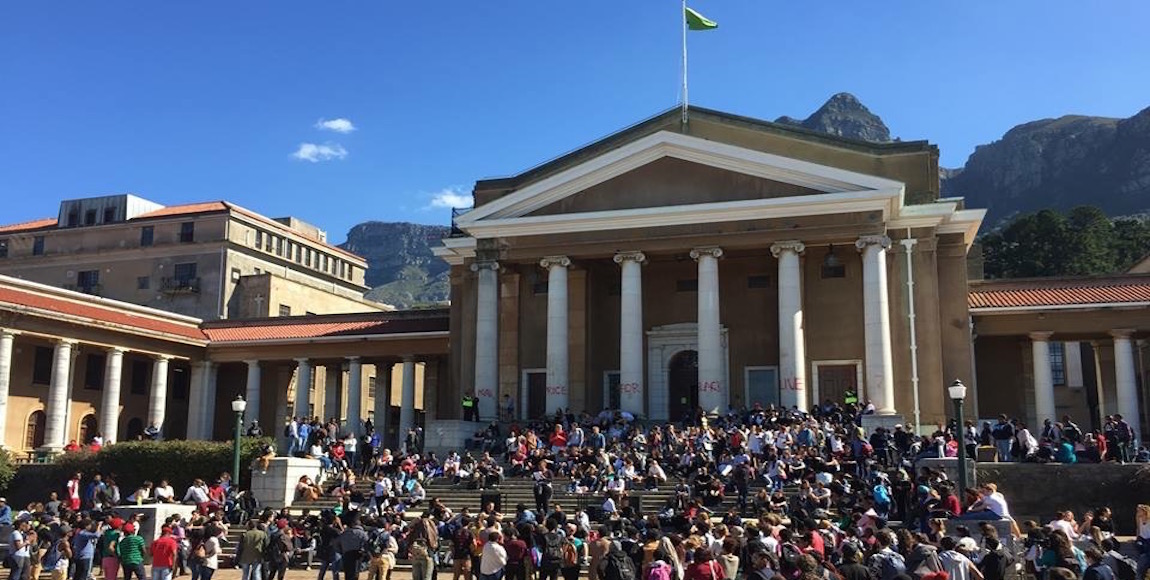 The University of Cape Town (UCT) has interdicted a South African Liberated Public Sector Workers Union (Salipswu) strike that was planned for Thursday morning. The interdict was filed on the technical grounds that the union did not specify the time and place the strike would take place, as required under labour law. Salipswu has subsequently withdrawn its notice to strike and plans to submit a new notice to strike at a later date.

At a mass meeting held on Wednesday to update students on the ongoing conflict between UCT management and workers, the UCT SRC said it would have an urgent (SRC) meeting to decide whether to call for a university shutdown on Thursday. SRC member Sinawo Thambo said students were able to protest at the university without the same legal concerns workers faced. The SRC said it would communicate the outcome of their meeting to students later on Wednesday evening via email.

SRC deputy president Khululwa Mthi said the mass meeting was a space where students could hear the grievances of workersÂ first-hand, and thereafter collectively decide on a way forward in solidarity.

â€œThe workers are an integral part of the student struggle, they are not a separate entity outside our struggle so we must stand by them,â€ said Mthi.

The SRCâ€™s Masixole Mlandu provided context on the worker-student alliance that began in 2015 and outlined the demands workers are negotiating for.

Workers from Salipswu, including shop steward Nozizwe Beya, told the audience the victory of insourcing workers in 2015 was short-lived as workers were still paid â€œpoverty-wagesâ€.

â€œThe money that weâ€™re getting from UCT is nothing, we want UCT to close that [wage] gap between people like me and [vice-chancellor] Max Price,â€ said Beya.

Price and the UCT executive have faced considerable criticism over the large bonuses they were paid at the end of 2016. Price took home an additional R2.5 millionÂ in salary at the end of last year.

The meeting closed with Salipswu representative Abraham Agulhas informing students of the unionâ€™s ongoing negotiations with UCT management and explaining why Salipswu had decided to temporarily withdraw its notice to strike.

â€œIt is only a technical setback, the only issue is we have to wait 48 hours after filing our next notice before we can strike. But we should not be disheartened by this; we must remember that our end goal is the strike and realisation of our demands,â€ he said.

This story will be updated pending the outcome of the SRC meeting.