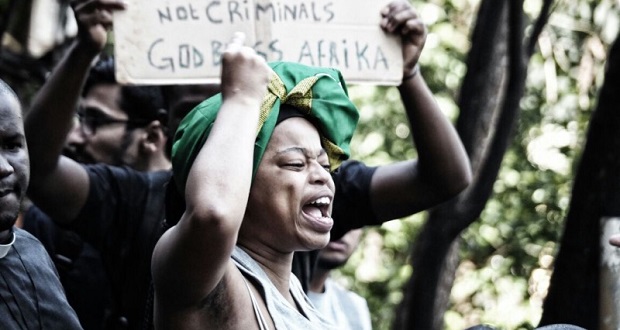 Student leadership and management at the University of Kwazulu-Natal are yet to reach an agreement on a number of internal issues within the institution as well as a commitment on the fight for free, decolonised quality education. On Thursday, the Westville campus of the university resembled a war zone, as battles between police and students forced management to supend the academic programme at the campus for the day.

Student leaders however, are committed to the struggle for free, quality, decolonised education.

â€œFree, quality education is possible but there must be a change in the curriculum to achieve that,â€ Siyabonga Zulu, a student leader from the ANC Youth Leagueâ€™s UKZN branch said.

â€œThe question of price and quality does not co-ordinate because we have students who are studying medicine at Wits University and their tuition fee is approximately R110, 000 a year, then we have students who study the same medicine at UKZN with a tuition of R40, 000 a year but when they get to the workplace they will do the same job so sometimes money does not mean great quality,â€ Zulu said.

The universityâ€™s Howard College campus, which has also been the scene of protracted battles between protesting students and police in recent days, is still tense, despite the academic programme continuing.

The Progressive Youth Alliance, which includes Sasco and the ANCYL at the campus, have hit out against reports of disunity among the student leadership. The PYA furthermore denied allegations of division among studentsâ€™ organisations and said the division rumours are a lie told by a third force to â€œdivide and conquerâ€.

â€œThe leadership is very united and the claims of SRC being paid to sell out the struggle are false and as the SRC they are ready for audits to be conducted of each and every member of the SRC,â€ said â€˜Skho’, the SRC secretary at Howard College and Sasco branch convener.

In a press briefing on Thursday, the PYA students leaders also reiterated their demands to management, in an effort, they said, to resolve the current impasse.

Their demands include fixing the NSFAS online system, which they believe disadvantages a student from rural schools that have no computers, allegations of the Executive Management Committee being inefficient, to the detriment of students.

Bail for the four was set at R1, 000, while the other seven were denied bail.

According to student leaders, the detained students have been denied bail by the magistrate who says they pose danger to fellow students who are not protesting as well as university property. The release of these students is now one of the foremost demands of students.