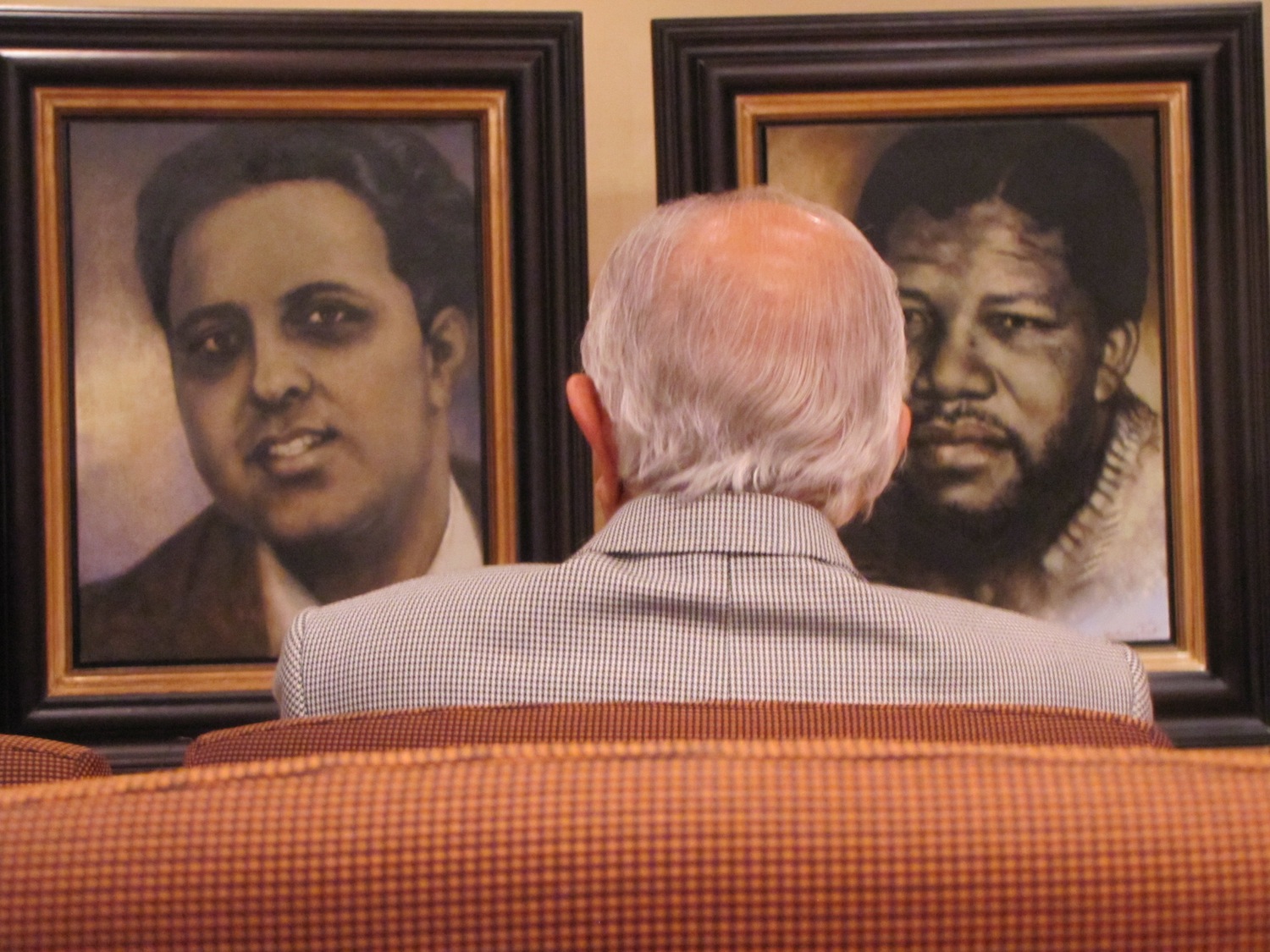 As South Africa lays struggle veteran Ahmed Kathrada to rest, The Daily Vox team looks at his political ideologies as a young man and later in life.

Ahmed Kathrada was politically precocious. One of his earliest traumas – being sent away from his parents at age eight to attend an Indian school in Johannesburg – came about because he was prevented from attending either the white or black schools in his home town of Schweizer-Reneke. Kathrada had played with white and black children in his hometown, and had wondered why he couldnâ€™t go to school with his friends. Once in Johannesburg, he couldnâ€™t escape the racial discrimination that was a part of life in apartheid South Africa.

â€œAs the days and months went by, I came across sign boards at buildings -post offices, park benches, cinemas, hotels, lifts, and so on that decreed: ‘Europeans Only’; ‘Non-White Entrance’. And worst, and most humiliating and insulting: ‘Non Europeans, Tradesmen and dogs not allowed’. In less than 10 words all of us who were not white had been reduced to the level of lesser humans – the level of dogs!â€

At 12, he joined a youth club run by the Young Communist League. The club provided opportunities for kids to play soccer together and had braais on weekends, a motivating factor for young Kathrada. But more than this, the non-racial youth club provided him with the platform for non-racialism at an early age. This commitment to non-racialism has remained with him throughout his life.

It wasnâ€™t all soccer and braais though. â€œWell, I started distributing leaflets at the age of 11 or 12, and putting up posters and writing slogans. The elder people asked us to do that, and we thought it was exciting to do it.â€

Just a few years later, Kathrada took part in the Passive Resistance Campaign, became involved in the anti-war campaign of the Non-European United Front during World War 2. He was arrested and imprisoned for defying a law that discriminated against Indians, and later became involved in the activities of the ANC, the South African Communist Party and Umkhonto we Sizwe, the military branch of the ANC.

Kathrada abandoned his studies to take a more active role in politics. He endured a banning order from the apartheid government and went underground to continue his political work.

In a 2014 interview with BBCâ€™s HARDtalk, Kathrada said that the ideals that he fought throughout his life were â€œWell, in one sentence non-racist, non-sexist South Africa and that sums up the struggleâ€. In the years since apartheid ended, Kathrada has maintained a commitment to non-racialism and non-sexism. His foundation, the Ahmed Kathrada Foundation, has the stated objective of fighting the racism that still permeates South African society and to creating a non-racial society.

Kathrada believed that the policy of non-racialism was absolutely crucial to South Africa. “You got to build one united nation with everybody, you can’t exclude anybody. So the element of forgiveness, nation-building, became paramount,â€ he said.

Kathrada insisted that meeting the modern challenges of poverty, hunger, homelessness and so on requires a non-racial approach. â€œAs time goes on and societyâ€™s demographics change, we might arrive at a point where racial classifications become meaningless and disappear, not through some piece of legislation but through their complete lack of relevance to individual, group and national identity,â€ he wrote in Politicon, the South African Journal of Political Studies.

As time passed, Kathrada increasingly spoke out against decisions made by the ruling ANC that did not sit well with him. Last year, he wrote an open letter to President Jacob Zuma, and asked him to resign for the benefit of the country.

â€œI have always maintained a position of not speaking out publicly about any differences I may harbour against my leaders and my organisation, the ANC. I would only have done so when I thought that some important organisational matters compel me to raise my concerns. Today I have decided to break with that tradition,â€ he wrote.

Kathrada believed that the preservation of democracy in South Africa is not guaranteed and that two decades after liberation, democracy still needs to be fought for.

Speaking to the Mail & Guardian after Kathrada’s death on Monday, his fellow Robben Island inmate, Andrew Mlangeni said, â€œApartheid is still very strong in the country. We have not destroyed it. On paper, we might have done that, but it is still there.â€