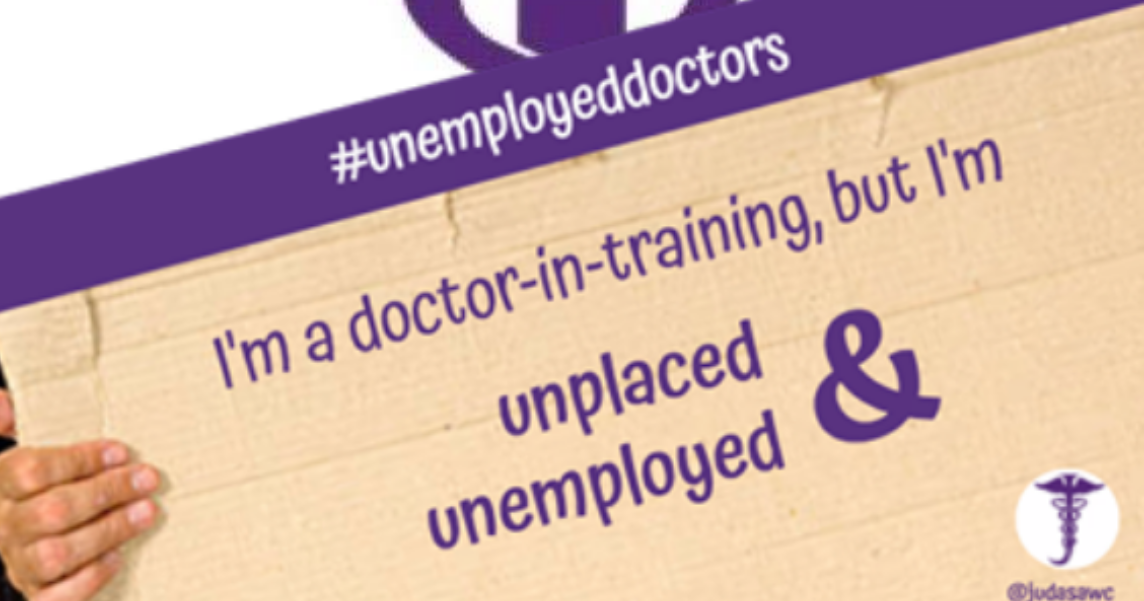 There are not enough posts in the public health sector available for junior doctors to complete their internships in 2018. The Junior Doctors Association of South Africa (Judasa) started the #unemployeddoctors campaign to raise awareness to their plight.

Judasa is a group under the South African Medical Association (Sama) that represents the interests, needs and challenges of junior doctors.

To qualify as an independent practitioner in South Africa, medical graduates have to complete an internship and a period of community service at a public hospital. Young graduates have not been able to find placement due to an ongoing lack of available posts.

Doctors awaiting internship and community service posts cannot legally find alternative employment until completion of these years. @HealthZA has not, however, made posts available to over 800 of these doctors. Loss of income. Loss of health services. #unemployeddoctors

Judasa Western Cape chairperson Farah Jawitz told The Daily Vox Judasa has been following the application process that started for this years doctors for 2018. Applications were supposed to start in May but opened mid-August due to the delay because the previous year’s doctors had not yet been placed.

One hundred and fifty doctors were not placed at the end of the application cycle in December last year. This was cited as due to difficulties with a new online application system for internship and community service posts launched last year and because universities supposedly had not submitted numbers of prospective graduates. Jawitz said last year’s batch of doctors have all managed to find placement, some as late as September this year.

Judasa expected that at this point in the year, young doctors would still need to be placed, Jawitz said. Judasa has been negotiating with the the department of health (DoH) and Sama about the internship placements.

“The reason we started [the campaign] now is because it’s quite evident that the department has no clear solutions on how they’re going to resolve this issue,” Jawitz said.

Judasa approached the DoH when applications opened for 2018 and counted the number of posts the DoH was offering. It discovered that it was less than the number applicants.

Judasa then launched a media campaign “to draw this into the public light and show that we’re actually quite desperate now,” Jawitz said. “We need pressure to be applied in the right areas with the right kind of message.” The campaign aims to raise public awareness about the issue and place pressure on provincial departments of health, Jawitz said.

“Ideally, if provincial departments of health cannot come to the table then national treasury needs to come on board and allocate adequate funds to employ the doctors that are waiting for placement,” she told The Daily Vox.

In a Sama statement on November 23, its chairperson Dr Msukisi Grootboom said the number of student doctors eligible for internship in 2018 exceeds the available pool of funded posts.

“The problem does not lie with the overall number of Health Professionals Council of SA [HPCSA] accredited intern posts in South Africa but rather about the lack of funded posts for all potential 2018 interns from the current pool of final year medical students,” he said.

So final year medical students across the country finish their exams this week. Such a shame that 300 odd newly qualified doctors still haven’t received their placements. Strange. Thought we had a dr shortage? #unemployeddoctors

Given the distribution of HPCSA accredited posts, only Gauteng, the Western Cape, and KwaZulu Natal have capacity to fund more posts, the statement said. “Sama and Judasa call on Premiers Makhura (Gauteng), Zille (Western Cape) and Mchunu (KwaZulu Natal) to urgently instruct their provincial fiscus to allow for the funding of more medical intern posts to cover the shortfall,” Grootboom said.

Sama has also called on the National Treasury to allocate funding for medical internship posts.

The Daily Vox has reached out to the department of health for comment and will update the story once it is received. 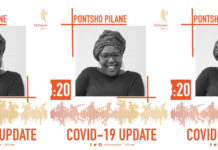 Explaining the COVID-19 virus and vaccine in Setswana