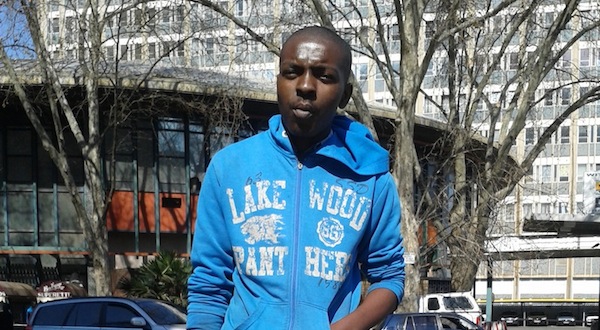 Listen to an audio version of this story:

Statistics South Africa recently revealed that the national unemployment rate has increased to 25.5%, up 0.3 % from the first quarter. Young people, it said, were the most affected, with unemployment among youth aged 15 to 34 at 36.1%, compared to 16.3% in adults.

â€œIt is sad that young people are the most affected. The answer to what exactly causes high unemployment rate amongst youth is a complex issue,â€ economist and researcher Xhanti Payi told me.

I took to the street of the Johannesburg CBD and Park Station to find out what South Africans think of the situation. To my surprise, after approaching 10 people, only one took the time to talk to me.

Alvin Mncube (19) is a street vendor who sells snacks and cigarettes outside Park Station, one of the busiest parts of Johannesburg. Mncube said he was not aware that the unemployment rate had increased.

â€œMy sister, it is not right that so many people are unemployed but what can be done?â€ he asked.

Mncube said he did not complete matric because of the financial strain on his family. He stopped going to school at the end of last year, after he passed Grade 11, to help put food on the table.

â€œI want to go back to school; it is the only way I can get better job. A matric certificate opens doors,â€ he said.

Alvin is right. The Statistics SA report showed that unemployment is higher among people who do not have matric, as compared to those who do.

â€œThe quality of our education plays a significant role in the employability of the youth,â€ Payi said.

â€œIf young people leave high school without being properly geared up for either tertiary education or the job market it will result in high unemployment.â€

Payi also noted that the low absorption rate of youth contributes to more young people being jobless because an experienced worker is less of a burden on an employer as compared to an inexperienced one.

I asked another man about his thoughts on the increased unemployment rate. He was reluctant to engage with me.

â€œI tell you my opinion, and then what?â€ he said as he walked away from.

There seems to be a sense of hopelessness among the unemployment or informally employed, a feeling that there is nothing they can do to make the situation better.

But there is a silver lining. The report says that the number of discouraged job-seekers who are not economically active has significantly decreased by 6 000 people since last quarter.

It is young people like Mncube, who despite his hopelessness is still finding ways to contribute to his family, who fall into this group.

â€œI donâ€™t blame government for the unemployment rate increase, my sister,â€ Mncube told me. â€œBut the bottom line is people are suffering.â€