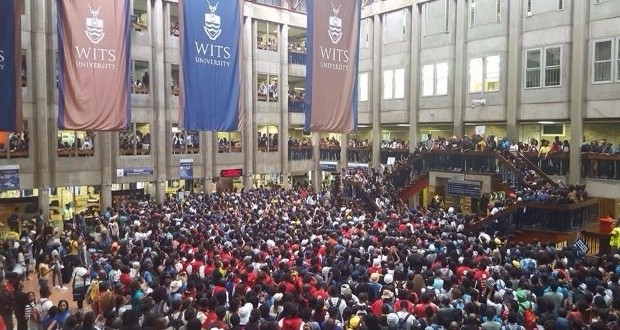 The Council of the University of Witwatersrand has convened at the university on Sunday morning following the suspension of the proposed 10.5% fee increment for the 2016 academic year. The increment was put on hold after a historic three-day protest by students that shut down the university. PONTSHO PILANE and AAISHA DADI PATEL report on what’s expected to happen next.Â

The university’s executive committee who met in an extraordinary meeting on Friday night agreed that any final decisions of the council would have to be ratified by university students. However, the university’s version of the agreement states, “A new framework for negotiations will be jointly agreed upon in which any final decision of Council on this matter will be presented to a University Assembly.”

Student leaders insist that the binding agreement is the one that was signed by Wits SRC president Shaeera Kalla and council chairperson Dr Randall Carolissen.

Kalla told Daily Vox that the suspension was a victory for the student body’s battle to have their voices recognised. “We pushed the university hard enough to know that we arenâ€™t here to play,” she said.

The council will present the results of the meeting to students on Monday at noon.

â€œWhere the battle now needs to be fought is at University Assembly which will be made up of any student, worker and staff member who wants to be present, similar to [Friday night] â€“ and it is something that has never been done before,â€ Kalla said. â€œThis will be where the final decision will be taken.â€

â€œEverything about this has been historic.â€

Kalla says the SRC has moved to boycott the council meeting as the student body feels their input is undermined, or ignored completely.

The agreement also ensures that students and staff who participated in the protests will not have disciplinary brought against them by the university.

Have you enjoyed ourÂ coverage of the Wits protest? Please help us to keep doing what we do by donating to our crowdfunding campaign here.