Home Corruption A university starving for land: Why one professor is on hunger strike...
WhatsApp
Facebook
Twitter
Email
Print 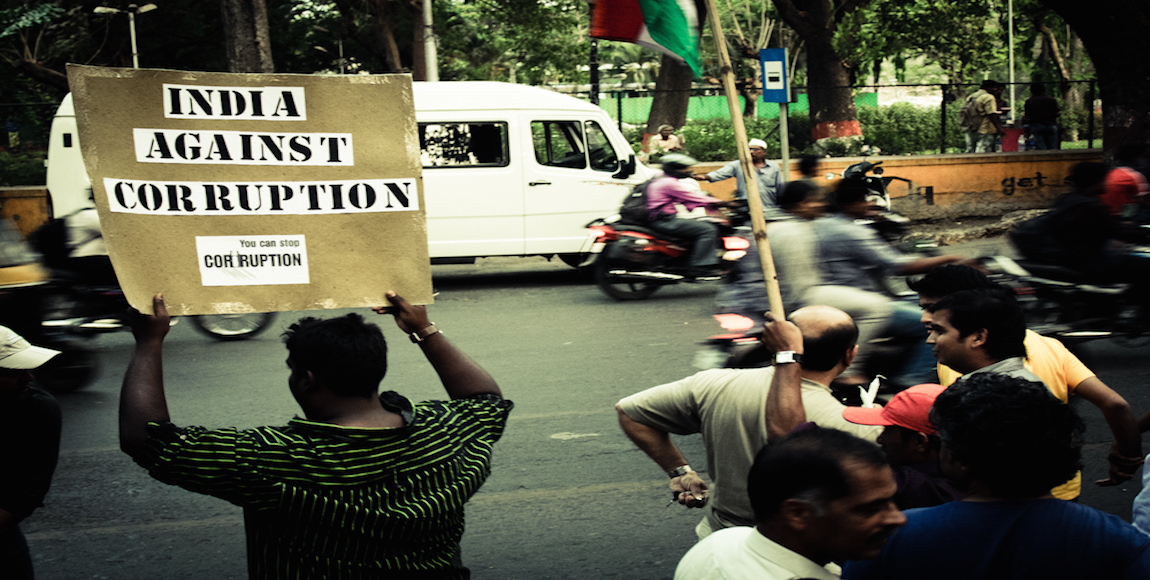 In Delhi, India, students and one professor are fighting for an important educational resource – land.

Since its inception in 2007, GB Pant Government Engineering College was promised 65 acres of land. A year later, however, the public works department in Delhi found that only 48 acres of the land promised was available. To make matters worse, a second university, Indraprastha Institute of Information Technology (IIITD) – a private public partnership established in 2008 – was given 25 acres of GB Pantâ€™s land free of cost. That’s not all. In 2010 and 2015, IIITD approved construction plans that stated they had 65 acres of land, which was seen as evidence that it would further encroach on GB Pantâ€™s promised land.

In response, students have begun a battle with the Delhi government to reclaim the land that is rightfully theirs. Students and staff are asking the Delhi chief minister and his staff that:
1. Twenty acres of land be designated solely for the GB Pant Government Engineering College campus.

2. The phase II construction of IIITD be retracted and instead be given to GB Pant for one hostel block, one academic block, an auditorium, a sports complex, a playground and faculty residences.

According to The Hindustan Times, officials from the education department have said that the budget for a new college building has been approved, however there are no plans for a hostel or other facilities.

Students and an associate professor, Joshil Abraham, have made several attempts to pressure government into addressing the issue. But they say the chief minister refused to meet with them and that the secretary had â€œtrivialised the issueâ€.

Since April 5, they have taken matters into their own hands by holding a hunger strike. The Daily Vox spoke to Abraham via email to learn why heâ€™s participating in the hunger strike and what lies ahead for the college. [I am participating in this hunger strike because] I felt that the students of GB Pant Government Engineering College deserve better facilities, and curbing their right for a campus by giving the land to another private-public partnership institute was unacceptable to me. Hence, I decided to join the movement.

We were sitting right in the entrance of the college. Now since the police forcefully and brutally removed me from there on April 14 and admitted me in AIIMS [All India Institute of Medical Science], I am continuing my hunger fast from AIIMS and the students are continuing from the college.

We had used other methods of protest, including sleeping inside the college, marching to the Delhi chief minister, Mr. Kejriwalâ€™s residence, marching to the Delhi Secretariat, sleeping for four days on the road outside the college, setting up two classrooms on the road, etc. Since none of these methods made the government wake up, I decided to go on an indefinite hunger fast. The students were talking about using violence to wake up the government, but I told them that we must use all of the less violent methods first and hence I decided to take this step.

There are no other professors or staff members directly involved in the strike, but they are all supporting the movements in various ways including giving materials, funds etc. The reason, I presume, for them not coming forward openly could be that they are scared of the action that the administration will take against them. I have come out openly because I believe in humanity and not human-made systems. I cannot accept the destruction of the public education, which is the only means for the marginalised to â€œeducate, agitate and organiseâ€.

I feel that my body has also joined the movement and has decided not to give up. The body and mind are getting more energetic in the fight against the fascists forces. I am getting more convinced that my hungry sisters and brothers of the world can and will revolt against injustice. Deprivation of food cannot stop them from fighting against the forces, which made them deprived. The longer the government is allowing this protest to extend, the more political they are making us and we are getting more allies and we are aligning with more people.

I would urge all the student unions and everybody else in the world who believe in humanity and equality to join hands to fight against the fascist forces who want to destroy the public education system. I hope this will become a movement, which will not only give GB Pant Government Engineering College its campus, but also awaken and politicise students and the public who believe in the need for public education.